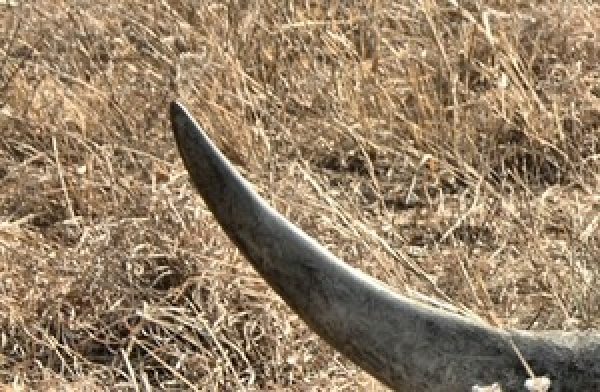 Rhino poaching is not being resolved, in fact it is escalating apace this year and now the inside jobs are becoming clear. It seems there are some of those who are paid to protect these ancient creatures that are in fact part of the poaching network. Are we fighting a losing battle here?

This week the carcasses of a rhino cow and her calf were found,without their horns, by people in a safari vehicle in the Kruger National Park. Four SA National Parks (SANParks) officials have been arrested in connection with rhino poaching, SANParks said on Wednesday, 29 February 2012.

“The 4 officials were arrested on Tuesday afternoon after 2 rhinos were found killed in the Kruger National Park (KNP) earlier that morning,” SANParks spokesperson Wanda Mkutshulwa said in a statement.

Cow and calf down

“Rangers and police were called to the scene and they confirmed that the cow and the calf were indeed killed by poachers. The investigation into the incident is continuing, and we are looking for the poachers.”

“The animals had been shot and their horns removed. Further investigations into the killing of the 2 rhino and possibly other rhino poaching incidents in the area are currently being conducted,” she said.

All 4 officials were stationed in the Pretoriuskop section of the park, where 11 rhino have been killed since the beginning of the year.

One of the officials was a field ranger involved in the ongoing strike at the park.

Last week Tuesday’s discovery brought the total number of rhino killed in the park since January 1 to 43 and nationwide to 81.

Fifty people had been arrested in connection with poaching since the start of the year, said Mkutshulwa

“I am personally saddened to discover that some of our own would so callously abuse the confidence and faith that we have entrusted upon them,” said SANParks chief executive David Mabunda.

KNP spokesperson Gabrielle Venter said in a statement that a joint meeting between park officials and union representatives would take place in an attempt to resolve the strike.

This was “to consider the extent of salary disparities, where identified, and recommend measures to be implemented to ensure salary parity”, she said.

The hardest-hit areas continued to be the Kruger National Park and Limpopo province, with 26 and 13 rhinos poached there respectively, he said.

8 appear in court for wrongful possession of veterinary drugs

Meanwhile 3 veterinarians and five other men appeared in the Pretoria North Magistrate’s Court on Tuesday, 28 February in connection with the wrongful possession and distribution of scheduled veterinary drugs commonly used in rhino poaching.

He was fired after a disciplinary hearing 10 years ago in connection with the mismanagement of a buffalo conservation project in Phalaborwa, Beeld reported.

They were all arrested between August and November.

They face charges of contravening the Medicines and Related Substances Control Act and were released on bail of between R1 000 and R5 000. The case was postponed until April.

UPDATE On Friday 2 March, 2 more rhino’s were darted and dehorned. One was killed.

Watch the video below: