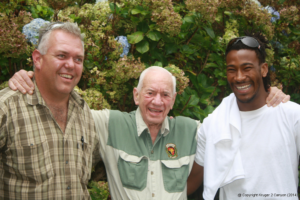 Last week three more rhinos died in the Kruger National Park. The demand for illegal rhino horn this time also claimed the life of a calf. Gunshots were heard and rangers went to investigate. Tragically, it was too late: The poachers were already sawing the horns off one of the rhinos.

An exchange of gunfire followed, and the two poachers were killed. According to EyeWitness News, just over 130 rhino were killed across the country in less than four months, while 72 suspects were arrested, 13 of whom were killed and six wounded. So in the first 4 months of 2011 already 40% of the total number poached during 2010 have perished!

Last week four Mozambican nationals were also also arrested in Kruger National Park by the South African National Defence Force (SANDF). The suspects were in possession of the typical tools used by rhino poachers: A hunting rifle, cell phones, binoculars, and an axe.

The SANDF was deployed this month to protect the international border between the Kruger National Park and Mozambique, which was identified as a deadly hotspot for rhino killings.

Meanwhile, alleged ringleader of a notorious South African rhino horn syndicate, Dawie Groenewald, is not only out on bail; his bail amount was recently reduced from R 1 million (USD $147,065) to R 100,000 (USD $14,705) by the Musina magistrate’s court in Limpopo. Read more on Help Our Rhino Now’s (HORN) views here.

Are we losing the rhino war?

Rhinos have suffered a 90% decline in population since 1970. That amounts to only 10% less than a full wipe-out. There are five different species of rhino, and all of their numbers are declining. Worldwide there are approximately:

In April 2008 it was reported that the last four Northern White Rhino individualswere killed.These rhinos will never be seen again in the wild. Our children and grandchildren will never  know what one looks like. Let’s hope they don’t have to visit a zoo to see any rhino species some day. 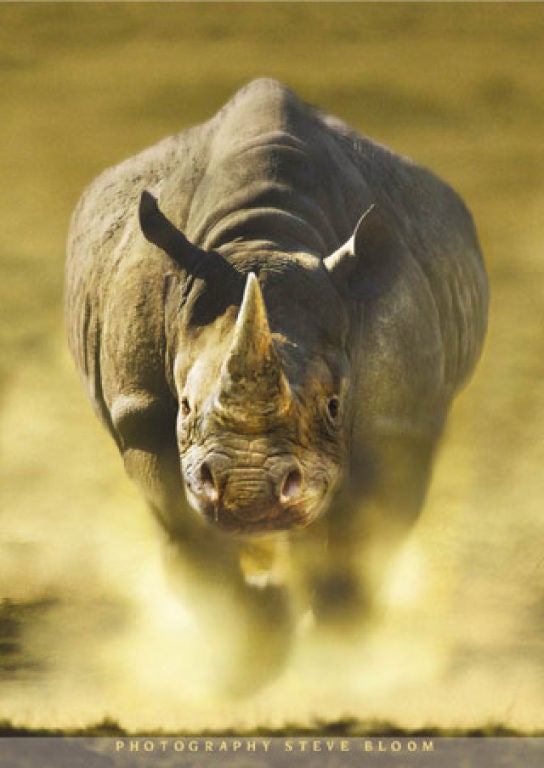 From 1980 to 2006 14,000 Black Rhino species were slaughtered by poachers. The International Union for Conservation of Nature presently classifies the Black Rhinoceros species as being ‘Critically Endangered.’ This is the HIGHEST risk category assigned by the IUCN Red List for wild species. Critically Endangered means that a species’ numbers have decreased, or will decrease, by 80% within three generations. This is happening in our generation. Are we simply going to stand by and watch?

Whilst some of us sit with our hands in our hair, others are taking serious action to save the rhinos, like Paul Jennings and Sboniso Phakathi.

This courageous pair will bisect South Africa from Musina (Limpopo) to Cape Town as part of an awareness campaign forthe rhino-poaching problem. They start their epic 3-month walk of 1700 kilometresfrom the N1on 1 May 2011. During the walk they will visit as many schools as they canto educate young people about the importance of conservation.The two men have prepared a presentation which includes the latest figures and cases of poaching, that will hopefully instil a sense of responsibility to protect rhino among these kids.

Jennings and Phakathi hope to raise funds to support the growth of a greater national consciousness. The funds raised will be administered by Game Rangers association of Africa to:

Rights for Rhinos hails from Zim

Paul Jennings, the conservationist behind the ‘Rights for Rhinos’ campaign, was born in Zimbabwe and grew up in South Africa. He has been involved with rhino monitoring and anti-poaching activities since his teens. He has worked at Isimangaliso St Lucia Wetland Park, Ithala Game Reserve, Umkhuze Game Reserve and in the Durban North Conservation zone. Jennings became the Rhino Capture officer in charge at the world-renowned Game Capture Unit, and spent the past few years capturing and delivering rhino and other game species for relocation throughout South Africa.

Jennings was appalled by the increasing number of rhinos killed for their horns and the exceptionally cruel methods used. Rhinos suffer immense pain before dying of their wounds. He witnessed one of these slaughters first-hand and realised something had to be done. ‘The world has to be educated about the plight of the rhino and how important it is for mankind to be part of conservation efforts to save these beautiful animals,’ he says.

Jennings adds: ‘Rhino are very close to my heart. I want to give back to these majestic creatures that are at the mercy of callous killers. Conservation education, especially among the youth, is part of a drive to halt the mass extermination of our rhino.’

Sboniso Phakathi was born in rural Kwazulu- Natal in 1988. In 2008 he started working at the anti-poaching unit of a company called Protrack in Hoedspruit; sleeping in the bush while on 16-day anti-poaching patrols. He then took over Protrack’s public relations endeavours. In 2010 Phakathi and his Protrack colleagues formed the Hoedspruit Rhino Watch, aimed at carrying out as many visible patrols as possible.

Earlier this year he attended his first rhino autopsy and was heartbroken. He realised he needed to reach as many people as he could to make them understand how pointless these killings are. Phakathi wishes to actively engage with young people on the issue: ‘We need to get more youth involved in raising awareness about what’s happening to our common heritage,’ he says.

Nissan South Africa is helping these two passionate game rangers raise funds to help combat rhino poaching. The car manufacturer has offered the use of a NP300 Hardbody as a back-up vehicle during the walk.

Jennings and Phakathi will reach their destination in a combined kilometre effort; one walkswhile one drives until they have reached 25 kilometres per day. This company will also donate R20 000 towards the cost of fuel and road tolls.

“The NP300 Hardbody, known for its durability, capability and reliability, has a proud heritage in the light commercial vehicle sector,” said Ivan Olivier, Nissan SA’s General Manager of Marketing and Planning. Nissan had no hesitation in supporting a cause that is dedicated to preserving South Africa’s wildlife heritage.

“Rhino poaching is a scourge in our beautiful country and we must all get involved if we are to save the species – particularly the black rhino – from extinction.”

‘We need to teach people to stop thinking of rhino horn as a valuable commodity, and to start focusing on the facts,’ says Rishja Larson from the Saving Rhinos organisation.

“It is indeed shocking to consider that in 2011, decades of rhino conservation are still at risk of being undermined by myths about rhino horn. Rhino horn has been credited with the power to treat everything from fever to acne to cancer – even devil possession.”

The truth is that extensive analysis has proven once and for all that rhino horn has no medicinal properties, no curative benefits, and no magical powers.

“I think it’s important for people to know that the illegal trade in rhino horn is run by well-funded organized crime syndicates and their associates. Of course, these groups certainly do not want their business disrupted by the truth about rhino horn.”

We all need to teach the truth

Anyone can help disrupt the  illegal rhino horn trade by making a personal commitment to educate others about rhino horn. We can do this by sharing information and articles that highlight the scientific testing that wasconducted on rhino horn. Information can be distributed through social media and print, and of course, by word of mouth. You and I can  stop the extinction of more rhino species.

“The good news is that people from every corner of the world are waking up to the fact that an entire species could be rendered extinct – all because of ignorance exploited by greed, and aided by corruption and political indifference.”

Public awareness is a critical step in change, and people do have the power to make a difference.

Visit www.savingrhinos.org to update your knowledge on rhino poaching. For further information on the IUCN Red list click here. Support Jennings and Phakathi by following the Rights for Rhinos walk here on and Facebook.