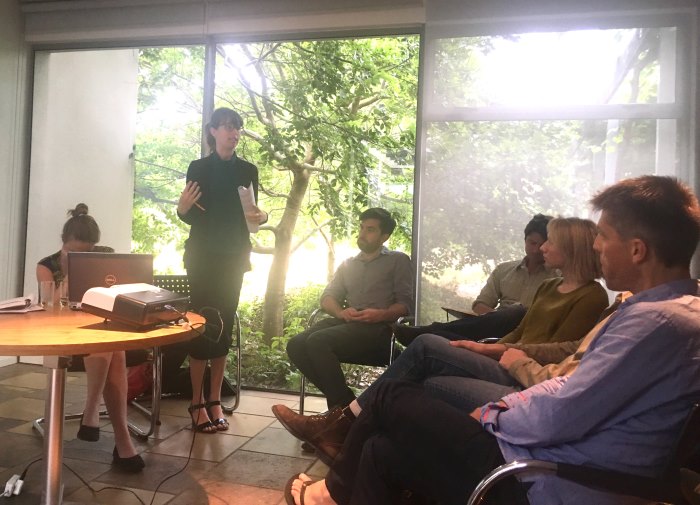 A recent dialogue event, hosted by the Centre for Complex Systems Transitions (CST) in Stellenbosch, raised some interesting views, current realities and possible solutions to hunger in South Africa.

The Centre was established to bring sustainability science and complexity thinking together to do research across disciplines, thereby coming up with smarter solutions to food and other challenges.

“Food is much more important than we think. Look at Fees Must Fall. It’s entirely a question of hunger,” said Dr Scott Drimie from CST. ?

The research and implementation around hunger and nutrition in South Africa is currently focused on food systems, food security and making enough food available to everyone in need of it. Yet Drimie and the other speakers argue “the right to food transcends food systems thinking.”

Our approach to hunger is skewed

The right to food is something much more complex than supplying poor people with access to food.

“A lot of focus on food is separate from nutrition, but food and nutrition is inherently combined,” said Anna Bulman (top photo), an Australian attorney and current research fellow at the Legal Resources Centre in South Africa.

The food security approach is an outcomes based approach, she said, but what we really need is an approach that starts on ground level and works to a solution from there. This is where people are not only hungry, but often malnourished.

She believes it’s possible and that our excellent Constitution allows this type of thinking. “It’s so wonderful working with the South African Constitution. It’s packed full of human rights,” she gushed during her talk.

We need legislation on the right to food

Currently, although the right to food is written in our Constitution and the right to nutrition is assumed in a couple of clauses and articles, there is no official legislation on the right to food. This makes it difficult for anyone to demand sufficient food and nutrition like they can demand clean water and sanitation.

Unlike water and sanitation, there is no single department that holds food as its responsibility. Although members of the dialogue argued a good case for a Department of Food and Nutrition, Bulman reckons the most realistic solution would be to establish a formal community from different departments involved in food and nutrition, get them together in a room and allow them to make legislation. But as Drimie said, the different departments within the government have such varying approaches, that this is unlikely within the current leadership.

Another way to govern the right to food would be to look at real life scenarios. 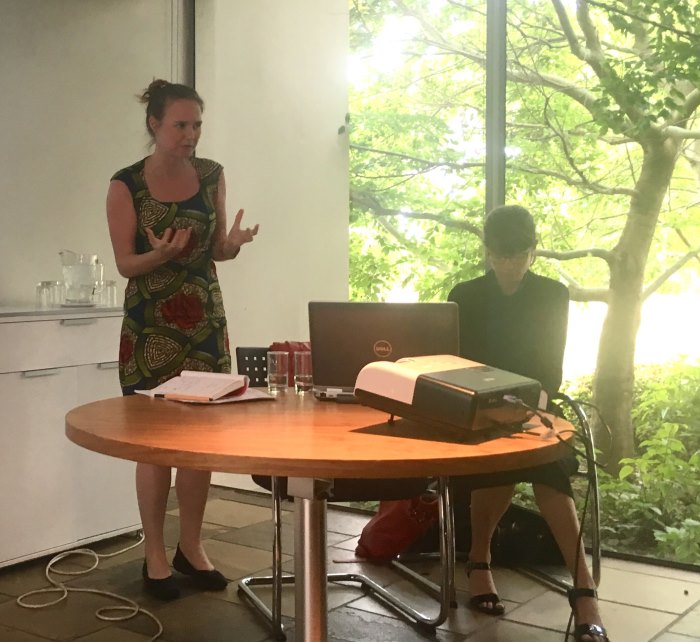 Wilmien Wicomb (pictured above) is an attorney at the Legal Resources Centre in Cape Town focusing on customary law governance. She took the case of the Dwesa-Cwebe Nature Reserve in the Eastern Cape to explain how important it is to consider customary law within our legal system. Bulman took it further by showing that a case like this could be helpful in affecting future governence of the right to food.

In the 1970’s and 80’s, seven communities along the Mbashe River were forcibly removed to create the Dwesa-Cwebe Nature Reserve. Even though this is their ancestral land and they were promised their restored ownership and a chance to co-manage the reserve, it never came about.

The communities rely on the ocean to catch fish and take out mussels. This is not only an inherent part of their culture, but also their livelihood and their food supply. In 2005, the coastline was declared a Marine Protected Area and fishing here was first completely prohibited. After another fight, they were allowed limited access – so limited that they could by no means continue to make a living the way their forefathers did.

The case is still ongoing and both Wicomb and Bulman are working on finding ways in which to give them their right to food and nutrition and to use this scenario to help others realise this right.

Customary law and the right to food

Customary law is the legal system that existed in Africa before the colonisers came. It’s completely different from the Western system our courts are familiar with, but Wicomb explained that “Customary Law is equal to both the Common Law and the Statued Law in South Africa”. This means that “one of these three systems isn’t more valid than the others.”

Unfortunately, as Wicomb explained “we’re doing incredibly bad at implementing it”. Western law systems are preferred by judges in South Africa because it is much easier to apply. Both the Common Law and the Statued Law provides written or found rules that can be used in a court and logically applied to make a decision.

In Customary Law, nothing is written and many believe it shouldn’t be because it evolves constantly. There are certain rules, but these rules are applied in different ways and only after negotiations in tribes or communities. Customary Law is also inherently patriarchal, but this is a different argument altogether.

In the case of the Dwesa-Cwebe Nature Reserve the community members are prohibited from fishing in the MPA, but under the Customary Law system they are within their rights to remain fishing the way they did. The problem is proving this, because of the complexity of the customary law systems and the near impossibility of using this legal system in a court.

We have a very long way to go to reach a point where everyone in South Africa, and especially those who govern their communities with Customary Law, have a right not only to food security, but to food and nutrition.