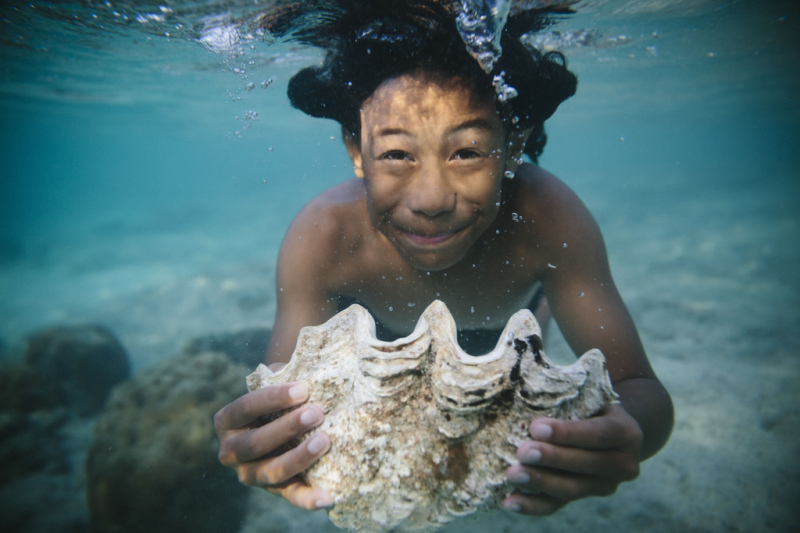 We need a new paradigm for ocean governance focused on well-being and guided by principles of sustainability, ecosystem health, precaution and interconnectedness.

The ocean covers over seventy percent of our planet, generates over fifty percent of the oxygen, regulates climate and provides food and jobs for hundreds of millions of people. It is truly the source of life. Current changes to its systems and cycles spread far beyond the deep onto land, generating concerns for the future.

These concerns were expressed at the first United Nations Ocean Conference – which brought together governments, stakeholders, businesses, and civil society representatives worldwide to “reverse the decline in the health of our ocean for people, planet and prosperity.”

Co-hosted by countries Sweden and Fiji, the conference took place in June this year at the United Nations Headquarters in New York City. More than 6,000 people participated and over 1,300 voluntary commitments to conserve and sustainably use our oceans were made.

Issues discussed ranged from overfishing to climate change, to plastic and noise pollution, to deep-sea mining and high seas governance. The coming together to protect and conserve our shared ocean was a truly inspiring and momentous occasion.

Most participants spoke on their work to advance Sustainable Development Goal 14: to conserve and sustainably use the oceans, seas and marine resources for sustainable development.

A new paradigm for ocean governance

We at the Earth Law Center (ELC) saw the ocean conference as an opportunity to begin building support for a new paradigm for ocean governance: one that focuses on the ocean’s own well-being and is guided by principles of sustainability, ecosystem health, precaution and interconnectedness.

The Earth Law Center has a long record of working on ocean and coastal issues, and as a result, has experienced firsthand the need to promote a new way forward. Despite international laws and agreements designed to sustain and protect the ocean, marine biodiversity and health is in decline.

This is because current ocean law and policy is largely based on economics, rather than science and the rule of law. We treat the ocean as an infinite ‘resource’, with value derived from human use and utility, when in fact, it is a finite entity with its own limits and intrinsic worth.

Environmental laws have become a result of negotiation, allowing industry to continue to pollute and degrade natural ecosystems with the false assumption that activities that support conservation are costs to our economy. As a result, current ocean law and policy largely focuses on the impacts to humans, rather than the impacts to the ocean or the Earth as a whole.

Take for example the Magnuson-Stevens Fishery Conservation and Management Act. The Magnuson-Stevens Act (MSA) was enacted in the United States in 1976 to “prevent overfishing, rebuild overfished stocks, increase long- term economic and social benefits and to ensure a safe and sustainable supply of seafood.”

The MSA at first glance, appears to aim for the conservation and restoration of fish populations, but we are still seeing fisheries collapse; in 2016 NOAA identified nine percent of US stocks on the overfishing list and 16 percent on the overfished list. A further look at the MSA reveals why we cannot fully prevent overfishing.

A stated purpose of the MSA is “to provide for the preparation and implementation… of fishery management plans which will achieve and maintain, on a continuing basis, the optimum yield from each fishery,” where optimum is defined as the “amount of fish which will provide the greatest overall benefit to the nation.”

As a result, fishing quotas are based on “maximum sustainable yield,” which is a theoretical level of harvest that will allow fish populations to replenish themselves. This is why we are getting into trouble. We are basing the management of our activities on sole benefit to ourselves, and on a metric which is known to be “devilishly hard to predict accurately” and that does not take into account other factors affecting fish mortality – other predators, natural events, pollutants, and so on.

Rather than aiming to prevent collapse, why not shift our approach towards aiming to maintain healthy and thriving populations? This is where a holistic and ocean-rights based approach provides a means to an end.

Though not specifically calling for the adoption of ocean-rights based governance, countries and participants at the conference called for the change that an ocean-based approach would provide.

Papua New Guinea recognized the need for a paradigm shift and called on the UN to adopt a ‘Call for Action’ which takes seriously our “collective duty and responsibility” to halt the decline of the health of the oceans and seas.

China reaffirmed the need to “preserve the harmony between man and nature, treating man and nature as equals” and to “achieve development without damaging the environment.”

Belgium, expressed the need to base development on a “holistic and system approach” and reminded us that “we do not possess the ocean.”

The UN Chief António Guterres urged governments and stakeholders alike to “put aside short-term gain” in order to protect the ocean, which “represents the lifeblood of our planet.”

The conference ended with an “intergovernmental declaration in the form of a ‘Call for Action’ to support the implementation of Goal 14.” Though the document does not list adopting holistic and rights-based governance as a measure to conserve and sustainably use the ocean, ELC will continue to garner support and promote this approach within the United Nations and International Treaty Law.

The paradigm ELC is promoting is inherently logical. Human welfare is tied to the welfare of the Earth. Because of this, “development must be based on ‘ecological foundations’ that recognize the integral processes of the biosphere and the need for harmony and balance among all elements of the system.”

Implementing Rights of Nature legislation allows for such a basis, by recognizing that rights originate from existence and that humans are a part of the Earth, not above it. Such is the rule of law. Since we are not above the Earth, our laws should not place us as so. Our laws must respect natural laws.

We are reversing the tide

By adopting the rights of nature, and in this case the ocean, into our governance systems, we become better stewards, ensuring that our activities do not violate the ocean’s rights to life, to health, to be free of pollution and to continue its vital cycles.

The Rights of Nature and Earth Law movement has seen tremendous success recently. It was listed as a top 10 grassroots movement taking on the world by Shift Magazine in 2015. In 2017 alone, four rivers have been granted legal personhood status, that is, they have been granted the same legal rights as a juristic person. They include the Whanganui River in New Zealand, the Ganges and Yamuna Rivers in India, and the Atrato River in Colombia.

These successes have largely focused on land-based ecosystems to date, with only Ecuador, the first country to adopt Rights of Nature into its constitution, to manage the Galapagos Islands and marine protected areas within through governing principles. This includes ‘‘[a]n equilibrium among the society, the economy, and nature; cautionary measures to limit risks; respect for the rights of nature; restoration in cases of damage; and citizen participation.”

There is no better time than the present to apply this movement to all Earth’s ecosystems. We are reversing the tide. Many organizations have already begun work with Earth Law Center to create legal rights for marine protected areas or sanctuaries in their respective countries, including Uruguay, Argentina, Costa Rica and Australia. Creating holistic and rights-based laws to protect the ocean will not be easy, and there will be much resistance, but it is a necessary step to not only ensure that we restore the health of the ocean, but protect our future.

By Michelle Bender. Source: The Ecologist

Michelle Bender is the Ocean Rights Manager at the Earth Law Center.