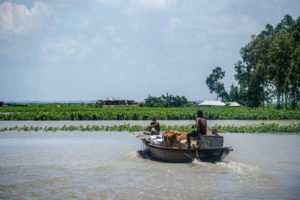 Bogura, Bangladesh. 16th July, 2020. People moving their house belongings and cattle on a boat during the flooding. Image: Alamy

A new report by the Cyrus R. Vance Center for International Justice, Earth Law Center, and International Rivers finds that a movement to grant legal rights to rivers and nature is rapidly gaining momentum globally.

The report, Rights of Rivers, examines how the ancient notion that nature possesses basic rights is being adopted in laws from New Zealand to Colombia.

Local groups in Florida are countering state, industry-backed efforts to prevent the adoption of “Rights of Nature” policies to protect rivers like the Wekiva and Econlockhatchee.

And this week, around the 75th United Nations General Assembly and Biodiversity Summit, more than 75 organizations from across the globe launched the Universal Declaration of the Rights of Rivers to compel action at every level of government.

The momentum is growing as a response to mounting global threats to rivers and freshwater ecosystems. One million animal and plant species are at risk of extinction. A majority of the world’s longest rivers have been dammed, fragmented, and/or polluted with alarming consequences for human rights, local economies, and the environment. And the world is reaching a ‘critical point of no return’ on climate change.

“The laws we have are not rising to the threats we face. Legal structures that treat rivers and nature as an object for human exploitation are enabling today’s crises,” said Monti Aguirre, Latin America Coordinator at International Rivers. 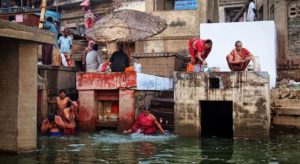 “A Rights of Nature approach offers transformative change at a time where it could not be needed more.”

In New Zealand, the Indigenous Māori succeeded in securing recognition of the sacred Whanganui River as a legal person. This after more than a century of challenging the colonial government to reduce its negative impacts on the river.

In India, the High Court of Uttarakhand, too, recognized the legal personhood of the River Ganga and Yamuna for the “physical and spiritual sustenance to all of us for time immemorial.” A powerful precedent, in spite of the subsequent overruling in India’s Supreme Court.

And in Colombia, a Constitutional Court ruling found that the heavy pollution of the Atrato River didn’t just violate the rights of the many Indigenous and Afro-American communities that depend upon it, but the rights of the river itself. “[T]he land does not belong to man…man is the one who belongs to the earth, like any other species” the ruling noted. 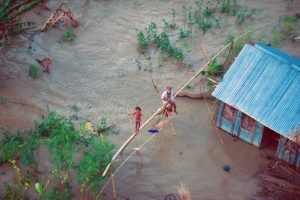 “These laws share a bond in their contention that humans are not the only living entities deserving of basic rights,” said Susan Kath, Environment Program Director at the Vance Center. “But they vary widely in how they adapt this notion to unique, local legal contexts.”

The report surveys just how these rights are enshrined. In some cases they are grounded in Indigenous jurisprudence and treaty rights. In others, they are enacted as constitutional rights, encoded within national laws, or passed as executive actions. In yet others, they are taken-up in local ordinances in response to federal inaction. The report then examines the efficacy of these approaches to the extent possible, given the newness of these decisions and relative infancy of the global movement.

“Overall, the findings point to an opportunity to radically recalibrate not only legal frameworks designed to assert man’s dominion over nature, but to reorient societal norms,” said Grant Wilson, Executive Director of the Earth Law Center.

“With intensifying wildfires, hurricanes, droughts, monsoons, and more resulting from exploitation of the natural world, a growing global public is raising its voice for a paradigm shift.”