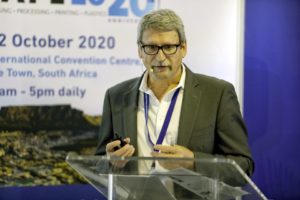 Anton Hanekom, Executive Director of Plastics|SA, delivering his speech during the opening day of Propak Africa 2019 at the Nasrec Exhibition Centre in Johannesburg.

Nobody is more disgusted at plastic pollution than those of us who work in the plastics industry. It is distressing to see our products washed up on beaches and littering the landscape.

But the call to ban plastic products is a simplistic response to a complex problem. What’s required is a rational solution to the genuine crisis of plastic pollution, not an emotional reaction. Something that many of those leading the call to “wage war on plastic” fail to understand, is the terrible impact that alternative materials have on the environment.

It is tempting to imagine a world without plastic as some sort of environmental utopia. But, when used in consumer goods, plastic uses four times less energy than alternative materials such as metal, paper and glass. In fact, alternatives to plastic packaging would nearly double greenhouse gas emissions.

The fact is that plastic – if disposed of correctly – is one of the most environmentally friendly products there is. And this is where the solution to plastic pollution can be found: in the correct disposal and management of plastic waste.

From our side, we are willing to make bold and constructive changes to our products. As members of the South African Initiative – an alliance of key members of the full packaging value chain – we are committed to transforming all our products to make them more environmentally friendly and recyclable. 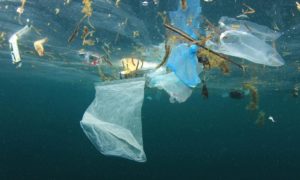 Eight million tonnes of plastic are dumped in our oceans every year, choking our wildlife. Image: WWF

We will also prioritise new scalable technologies within the industry that not only make recycling and recovering plastics easier, but also enable the creation of value from all plastics once they have been used. For us to be successful, we need to work closely in partnership with government. It is, after all, the role of government to provide adequate waste management infrastructure and to correctly incentivise citizens to recycle.

We are encouraged that government is prepared to have tough conversations regarding the challenges ahead. The Department of Environmental Affairs, for example, admitted in Parliament two weeks ago that it had failed to develop competent waste management facilities, let alone recycling infrastructure.

Around the country – from eThekwini to Ekurhuleni to Johannesburg to Tshwane to Cape Town – citizens resort to dumping their waste illegally because basic waste removal facilities are either inadequate or absent. A study commissioned by the Department of Environmental affairs in 2012 showed that South Africa generated 108 million tonnes of general waste in 2011, of which only 10% was recycled.

The consequences of our weak waste management infrastructure are not only visible in our rivers and oceans, but also cost the country hundreds of millions of rand when municipalities have to clean up illegal dumping sites.

We need government to urgently fix South Africa’s inadequate waste management facilities and improve infrastructure for collection and recycling. In doing so, it can create thousands of new jobs while safeguarding the 100 000 formal and informal jobs that the plastics industry currently provides. 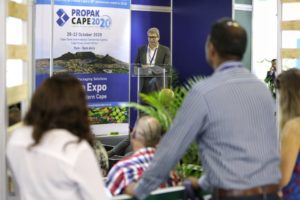 To start financing the upgrade of our flawed waste management system, our view is that government must immediately take steps to ring-fence the plastic bag levy that was implemented back in 2003. This levy has increased from 3c per bag in 2003 to 12c in 2018.

The nearly R2 billion that has been raised through the levy so far, should never have been absorbed into the black hole of our national fiscus. Instead, the levy should have been ring-fenced for its intended purpose: to develop better recycling facilities and incentivise sustainable consumer behaviour.

In the coming weeks and months, we, as the plastics industry, will embark on a sustained campaign to persuade government and citizens to join us in the war on plastic pollution. We support President Cyril Ramaphosa’s quest to clean up South Africa, but it can only happen if there is a recycling revolution in this country.

We believe that plastic – if used correctly and disposed of properly – is a product that has immense value to society. It has a smaller carbon footprint than the alternatives, and it is more cost effective to produce. This means a lower cost of living, more economic growth and more jobs.

To win this fight, we need to build strong collaborative and meaning full partnerships. Government, industry and the consumer needs to work together.