A metaphor is a bridge between two situations or objects which at first glance seem not to be related… but actually have something in common. They abound in business: a wily old fox, slave driver, pick low hanging fruit, targets, drowning in paperwork, a psychic prison, etc.

Our world is filled with archetypal imagery, powerful symbols that reflect the deepest layers of our personality. Primarily unconscious, these inner forces shape our behaviours, attitudes and beliefs. – Robert A. Johnson

Metaphors, or vivid mind-pictures, carry meaning effortlessly and powerfully. As Johnson points out, a metaphor is embodied cognition. They are deeply imbedded in our thinking. They help us to make sense of, and get closer to, what may not be immediately understandable.

A metaphor is no mere ornament of language. We live by metaphors as Ralph Windle points out “we draw on metaphorical language to achieve understanding of sensory experiences.”

As Zoltán Kövecses, Professor of Linguistics at Cambridge, says: “Emotional language is largely metaphorical in English, and in all probabilities in other languages as well”.

Metaphors have been around for a long time. The 24th century BC Sumerian civilisation is said to have introduced the first literary imagery, and their writings and poetry are full of metaphor.

Of course, we choose our metaphors from what is known to us – so metaphors don’t necessarily travel seamlessly across cultures, religions, societies: as ancient Greek philosopher Xenophanes put it, ‘if horses had gods, they would depict the gods as horses’.

In all religions, metaphors (and metaphor stories: parables) are widely used. The Buddhist lion, for example, conveys the regal-ness, strength, power – of the person and his teachings. The Dalai Lama talks about how important metaphors are; the rainbow as a sign of auspiciousness and good fortune, and also the illusory nature of everything, in the Tibetan Buddhist context. In the Judeo-Christian tradition we immediately think of the mustard tree (kingdom of heaven), shepherd, rock of ages, father, king, mother (beginning of life, its nurture, and its fulfillment) and the cloud (symbol of the unknowable). The Sufi mystic Rumi’s works are full of metaphors.

We’d like to introduce a new business metaphor: the ripening of the olive.  A metaphor that informs the way in which we think and act.

In the early 1980s Sally McFague started a hot debate with her books on metaphorical theology.

Recently, the late Steve de Gruchy has produced a fascinating paper that proposes “a theological engagement with a metaphor that could transcend the duality between the ‘green’  environmental agenda of sustainable development or growth, and the ‘brown’ poverty agenda that has disabled development discourse for the past twenty years”.

He goes on to say, “The mix of green and brown suggests an olive agenda; which in turn provides a remarkably rich metaphor – the olive – that holds together that which religious and political discourse rends apart: earth, land, climate, labour, time, family, food, nutrition, health, hunger, poverty, power and violence. Given the absurdly high levels of poverty in this country (South Africa), and throughout the globe, and given the dehumanisation that poverty entails, the brown agenda needs no further legitimation”. Fundamental issues addressed by the green agenda “also strike at the heart of social regeneration, for they are precisely concerned with the sustainability of society into the next generation”.

Spinning new stories around an image

De Gruchy calls on us to blend the green agenda with the brown agenda. This is not an ‘either/or’ but rather a ‘both/and’ situation. He sees that our possibilities for love, health and regeneration are rooted in stories, pictures and symbols. “A metaphorical theology – as the name would suggest – raises up one significant event, image or symbol as a defining metaphor around which the stories of life are spun”. The rich olive metaphor suggests an integration of two agendas, an earthy fruitfulness, the olive tree as symbolising life itself, an olive branch as a symbol of peace and harmony, and oil as a symbol of anointing. An aspect of spiritual wellbeing.

There is no doubt that organisations can both hurt and heal the situations in which they operate – along their entire supply-chain. John Elkington coined  the ‘people, planet, profit’ initiative in 1995 to describe the social, environmental and economic responsibilities of businesses, for sustainability. In theory this moves a step beyond the olive agenda.

However, these highly complex questions of short-term reward for the business in question, and difficulty of equitable measuring, have created many new challenges in serving the following:

This has resulted in much confusion, a measure of resistance, disparate legislation and compliance controls and many disagreements on the way forward – at both the country and organisation levels.

Economics as if people mattered

Ripening the olive is perhaps easier said than done. Schumacher’s call for “economics as if people (and their environment) mattered” is anything but simple to implement. Some of the main arguments around the issue are:

SA bottom of the pile in environmental performance

In a 2012 Environmental Performance Index ranking, South Africa was one of the bottom 5 countries in the world. And according to a Global Reputation Institute survey, South Africans are losing confidence in private sector leadership – as they are no longer playing a visible socio-economic role.

So if we as responsible businesses wish to adopt an olive agenda, how do we begin to ripen the olive? Where do we start?

Perhaps a first step is to form a work group and develop ideas around people, planet and profit options and impacts along the entire business chain, all processes – from sourcing to disposal. An exercise like this, with metaphors in mind, can help businesses to reframe limiting beliefs and attitudes as new possibilities emerge.

the environmental footprint of the pencil

As a simplified example let’s use the humble pencil – dear to the hearts of story practitioners and writers. Component parts are made and transported all around the globe. Environmental and social impacts can be significant. Pencils are widely used. The history of the pencil shows that the first graphite pencil was probably invented in the 16thcentury, the very first eraser attachment appeared in the 19th century. The pencil has been around for a long time.

The process is challenging to say the least!

There are tensions and trade-offs along the entire business change, and some tough push-pull decisions to make. But co-operation – even collaboration – across the green, brown, (olive) and black agendas or domains, is possible – with synergistic outcomes. Corporates can take the initiative and begin to turn a vicious cycle into a virtuous cycle.An exercise like this allows business to take 80/20 decisions – investing energy, time, money and emotion in those areas where the effort: outcome ratio is best.

This idea-development framework may be applied not only to products, but also to services, processes and infrastructures.

As part of this exercise corporations may want to consider the following:

Sowing seeds for a healthy future

No chemicals are used in BioPencil production, no natural resources are consumed or harmed. Their pencils are sharpened normally. The cost and price compares favourably with wooden pencils. Their pencil casing contains and protects seeds (vegetable, fruit, plants, shrubs, endangeredflora species) which can be planted at the end of the pencil’s life.
When these seeds are put into the ground their casing acts as a fertiliser.

So ripening the olive is all about self-interest served by other-interest, informing the way that we think and act, and seeing new possibilities. Over time, responsible capitalism could adopt a people, planet and profit balanced scorecard that looks something like this:

And who knows, down the road it may be possible for businesses to become more deeply involved outside of their own direct areas of impact: areas such as the financial, justice, social, environmental and employment – opportunity gaps between ‘legals’ and ‘extralegals’.  And to grow the still infant impact – investment movement: investments that generate positive people, planet and profit returns, investments that do well and do good.

“Perhaps the biggest challenge for the 21st century is how to build a sustainable society.”

Can we draw a line, sharpen our pencils, write a new story – and begin to bring the olive to full ripeness? 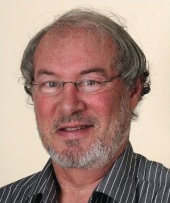 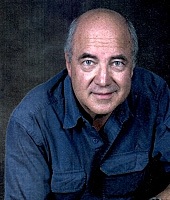 A story about wellbeing:

One day a business executive asked a poor fisherman how long it had taken to land his small catch. “Not long. A few hours”.
“Why didn’t you fish for a longer time?”
Said the fisherman, “Well you see, I play with my kids, stroll along the beach with my wife, play my guitar and sing with my friends in the taverna. I have caught enough for my needs”
The business executive said, “But if you fished for longer you could sell lots of fish, invest the proceeds in a better boat. Over time you could acquire more boats, eventually start your own processing factory and cannery. Become rich. The sky’s the limit!”
The fisherman then asked.”How long would that take?”
“Maybe 15 to 20 years” replied the business executive.
“And then?”
“Well, you sell your company, retire, move to a little coastal fishing village, enjoy great times with your wife, children and friends”
The fisherman smiled, “But that’s what I’m doing right now!”