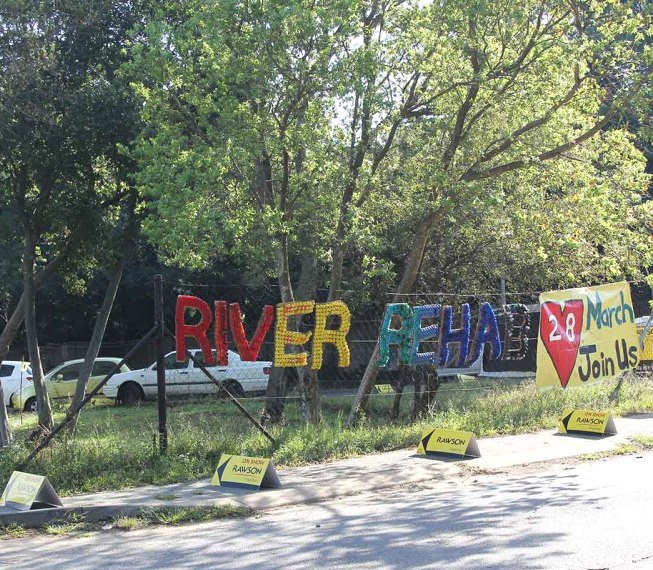 Green Beings River Rehab initiative kicked up a notch this year and all nature-loving residents are invited to join in on the fun.

The River Rehab took place on Saturday 28 March at the Klein Jukskei Spruit Park (corner Platina and Juweel street, Jukskeipark) and started at 8am. Approximately 150 people came out to clean up the river. Bags, gloves, food and refreshments were provided. There were educational exhibitions set up by Johannesburg City Parks (Water Management in SA); The Glass Recycling Company (Recycling and glass as a resource) and Grow-A-Tree (Tree starter kits). One More Generation set up their #1,000,000FootprintsToSaveAfrica pledge where people put down footprints and names in paint on a large piece of material.

There was a jumping castle, provided by Will’s Hire, that kept little children entertained. Food, drinks and snacks were provided for everyone. Thank you to Schneider Electric, Rawson Douglasdale and Pick n Pay Douglasdale for providing the all the food and drinks for our hard working participants. 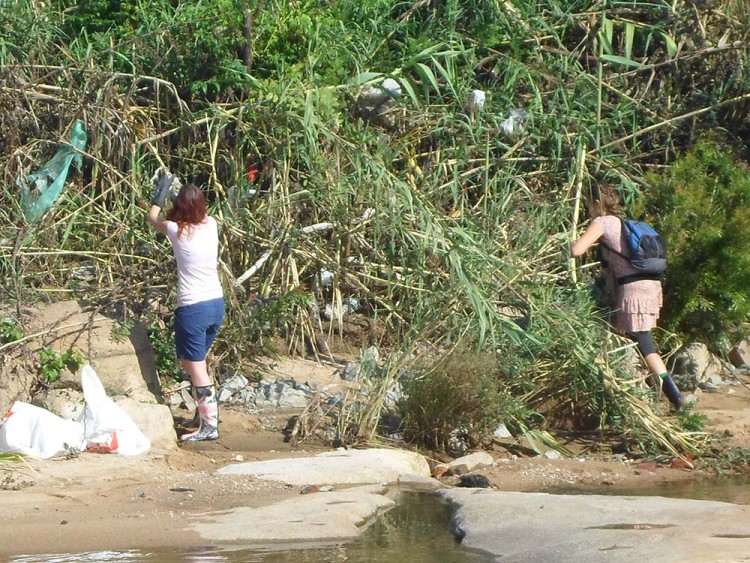 Thank you to Greenpeace Africa and SMUDGE (Monash University) for mobilising your network of volunteers and encouraging people to get involved. Green Beings has worked with both organisations in previous events. “We have a wonderful collaborative relationship with Greenpeace Africa and SMUDGE, they really help us achieve our organisational aims. These relationships are great examples of how collaboration can create more meaningful impact” said Marloes Dijkema a Green Beings co-founder.

Better SA is a wonderful volunteer bus service that just launched in Johannesburg. They brought a mini-bus load of volunteers to the park from Broadacres Shopping center. Green Beings really look forward to this new partnership with Better SA for future events. Thank you to Riverglades Estate for covering our printing costs and mobilising residents to take part.

Thank you to Tuffy for sponsoring strong white refuse bags and to Build It on Witkoppen for bringing two large trucks to remove all the collected waste. 6 full truck loads were removed from the park on the day and 340 bags were filled.

A massive thank you to Ford Fury Sandton & Fourways for their generous sponsorship, we bought a chainsaw and a brush-cutter to remove invasive alien vegetation. With the above-mentioned tools and tools borrowed from Johannesburg City Parks we were able to remove alien vegetation that is choking our natural biodiversity. 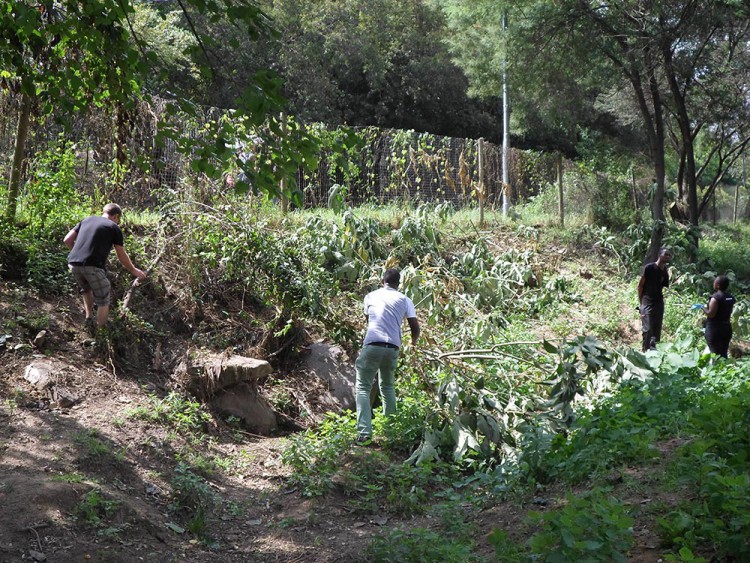 We did a water testing with most kids and some university students. The Mini Sass Test monitors the health and general quality of the water. It uses the numbers of macro-invertebrates (tiny insects) based on their sensitivity. ie: the more life you find in the water, the healthier it is. Basically, we gave kids nets and containers and asked them to see what they could catch, we identified the insects and worked out the water health. Water test results:
Ecological Condition: Largely Modified (Poor Condition)
PH – 7 (It should be between 7.5 and 8, which is more alkaline) Most organisims have a sensitivity to acidic water
Dissolved Oxygen: Low
Colifom bacteria: Positive. (Coliform Bacteria – is found in the intestines of most animals ; it may suggest that water has been contaminated with faeces. 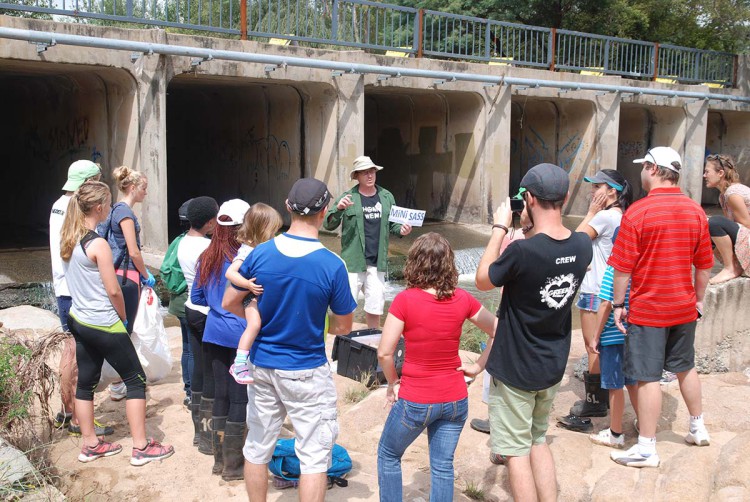 Water testing. results were poor, and coliform bacteria results came out positive. This means the organisams are under major stress and there is a high chance of sewage in the water

“This on-going community project promotes the remediation and use of natural areas and parks adjoining rivers and streams connected to the Klein Jukskei River,” said Alex Frost, a Green Beings co-founder and Nature Conservation expert. River Rehab is endorsed by the ward 115 Ward Councillor and meetings will be held to come up with a long-term sustainability and expansion plan for this project. Green Beings has a vision to expand River Rehab to new areas. We are busy putting our “River-Rehab-in-a-box”, a how-to guide on launching and implementing River Rehab.

“We would like to call on people who are keen to become champions for new areas. They must let us know if there are other areas that need conserving so that we can expand the initiative to other areas in Joburg” stated Roxy Lourens, a co-founder of Green Beings.

To find out more about the transforming positive work done by the Green Beings Team and how you can get involved:

You can also get in contact via email at greenbeings@live.co.za

Ed’s note: Viva Green Beings!! Green Beings are one of our Green Buddies, who have access to our platform to spread their good work. If you would like to join this programme, contact me at writers@thegreentimes.co.za or call 0218550518.