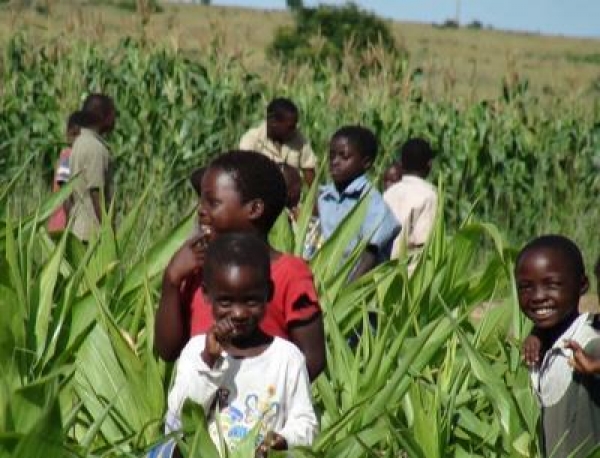 Drawing from the world’s leading agricultural experts and from hundreds of innovations that are already working on the ground, the report outlines 15 proven, environmentally sustainable prescriptions.

‘The progress showcased through this report will inform governments, policymakers, NGOs, and donors that seek to curb hunger and poverty, providing a clear roadmap for expanding or replicating these successes elsewhere,’ said Worldwatch Institute President Christopher Flavin.

‘We need the world’s influencers of agricultural development to commit to longstanding support for farmers, who make up 80 percent of the population in Africa.’

State of the World 2011 comes at a time when many global hunger and food security initiatives,’ such as the Obama administration’s Feed the Future program, the Global Agriculture and Food Security Program (GAFSP), the World Food Programme (WFP), and the Comprehensive Africa Agriculture Development Programme (CAADP) can benefit from new insight into environmentally sustainable projects that are already working to alleviate hunger and poverty.

Nearly a half-century after the Green Revolution, a large share of the human family is still chronically hungry. While investment in agricultural development by governments, international lenders and foundations has escalated in recent years, it is still nowhere near what’s needed to help the 925 million people who are undernourished. Since the mid 1980s, when agricultural funding was at its height, the share of global development aid has fallen from over 16 percent to just 4 percent today.

In 2008, $1.7 billion dollars in official development assistance was provided to support agricultural projects in Africa, based on statistics from the Organisation for Economic Co-operation and Development (OECD) – a miniscule amount given the vital return on investment. Given the current global economic conditions, investments are not likely to increase in the coming year. Much of the more recently pledged funding has yet to be raised, and existing funding is not being targeted efficiently to reach the poor farmers of Africa.

‘The international community has been neglecting entire segments of the food system in its efforts to reduce hunger and poverty,’ said Danielle Nierenberg, co-director of Worldwatch’s Nourishing the Planet project.

‘The solutions won’t necessarily come from producing more food, but from changing what children eat in schools, how foods are processed and marketed, and what sorts of food businesses we are investing in.’

Serving locally raised crops to school children, for example, has proven to be an effective hunger- and poverty-reducing strategy in many African nations, and has strong parallels to successful farm-to-cafeteria programs in the United States and Europe. Moreover, ‘roughly 40 percent of the food currently produced worldwide is wasted before it is consumed, creating large opportunities for farmers and households to save both money and resources by reducing this waste,’ according to Brian Halweil, Nourishing the Planet co-director.

State of the World 2011 draws from hundreds of case studies and first-person examples to offer solutions to reducing hunger and poverty. These include:

In conducting this research, Worldwatch’s Nourishing the Planet project received unprecedented access to major international research institutions, including those in the Consultative Group on International Agricultural Research (CGIAR) system. The team also interacted extensively with farmers and farmers’ unions as well as with the banking and investment communities.