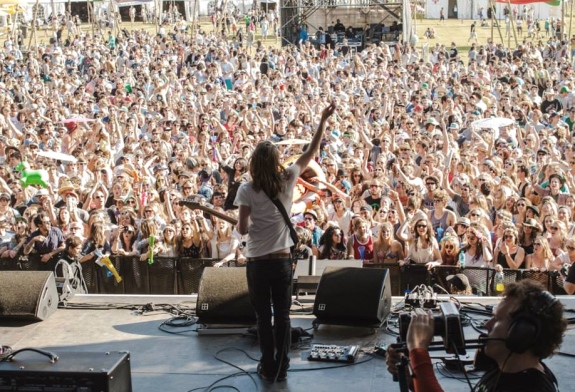 South Africa’s premier eco-friendly music festival, Rocking the Daisies is two weeks away and we’re sure you’re chomping at the bit for a four-day weekend full of good vibes, good people and even better music!

International headliners MGMT, Rudimental and Crystal Fighters will show you the time of your life at the Main Stage on Saturday night and if you’re a fan of Rudimental you’ll be amped to know that these guys will also be closing the Electronic Dome on Saturday with an official DJ set. They’re playing right after Ozzie duo The Presets, so get ready to sweat and don’t say we didn’t warn you!

Hard-rockers should check out The Wanton Bishops from Lebanon on Friday night at the Main Stage and the Beach Bar crew won’t want to miss British techno producer Tim Green for some Saturday afternoon fun.

Check out the full line-up over here or get familiar with the music you will be hearing by visiting the festival’s Soundcloud page. 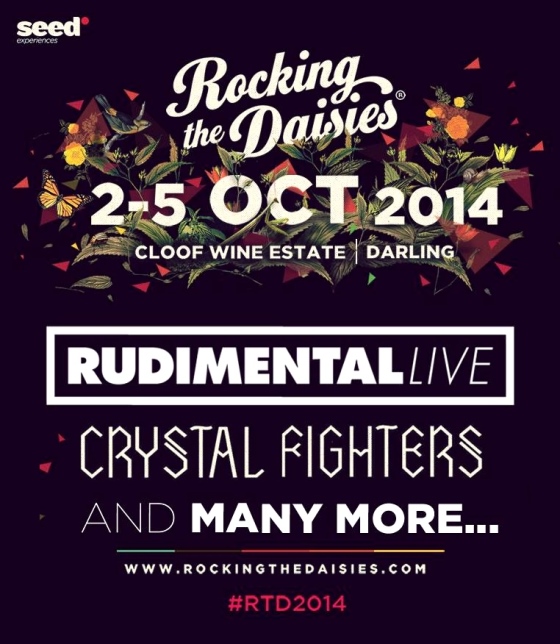 Rocking The Daisies will be launching an online magazine that was created by top students from The Stellenbosch Academy of Design and Photography as part of their curriculum. Once the magazine is available for download you will be able to access it via your phone, PC or tablet.

If you’re up in Jozi, catch Vodacom In The City in the heart of Joburg’s city centre. Now in its third year, the event will also feature headliners MGMT, The Presets, Crystal Fighters and Rudimental. VITC hits Mary Fitzgerald Square, Newtown on Friday 3 October 2014.

The Green Goals of Rocking the Daisies are an integral part of implementing festival in an eco-friendly and sustainable way and have been developed over the last few years. 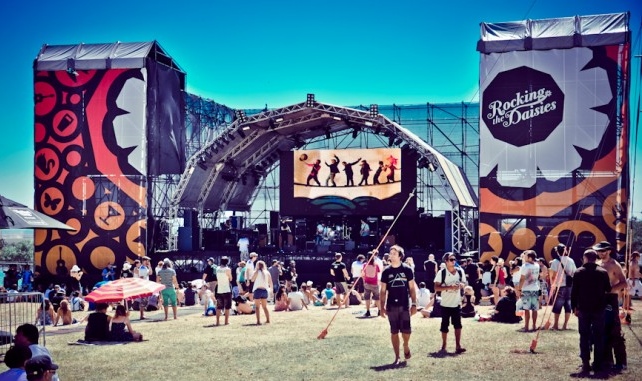 For the past two years, Rocking the Daisies has sold out well before the gates opened, with last year’s event selling out a full five weeks in advance. This high demand for Daisies tickets has resulted in the need for a more secure ticketing and accreditation system.

In order to combat fraud, the re-selling of tickets at higher prices and to improve security at the festival, Daisies has adopted an internationally aligned ticketing format. For both events, don’t forget to bring your original ID, driver’s license or passport with you when you arrive, as it will be checked against your ticket details. Strictly no under 18’s allowed.

Purchase your ticket here before it is too late!

Take N7 to Malmesbury. Follow signs for Darling. Turn left off main road, after brief double back, turn right at T-junction (onto R315). Cross one railway line and after about 10km you’ll cross a 2nd railway line. Immediately after this, on the left, is Darling Cellars. Turn left in front of Darling Cellars, following signs to Cloof along dirt road.