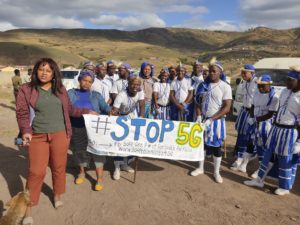 The South African Government is rolling out 5G across our country without our consent. This technology has never been tested so in effect, you and your loved ones are guinea pigs.

Why is this a problem? Because there is more than enough evidence on existing 4G and lower generation technologies to warrant a thorough examination of the potential dangers.

The South African government’s actions in authorizing the reckless roll-out of 5G in our country are a breach of both our human rights and our constitutional rights to a safe environment.

They have failed to: 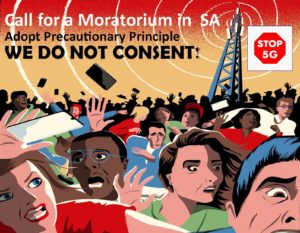 Why are we worried?

Many people are not aware of the harmful effects of radio-frequency waves (RF) and their role in cancer and other serious medical conditions.

The fact that radio-frequency radiation was designated as a Group 2b carcinogen in 2011 by the International Agency for Research on Cancer based on increased incidence of certain types of brain tumours in heavier users of mobile phones was not communicated to the public. 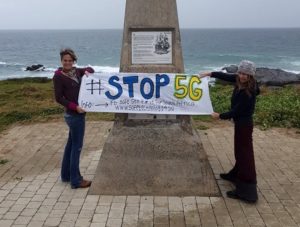 A 10-year $30 million dollar study from the National Toxicology Program (NTP) funded by the U.S. government, which analysed the effect of mobile phone radiation, concluded ‘clear evidence’ of carcinogenesis.

The highly esteemed Ramazzini Institute corroborated these findings above by demonstrating the same types of tumours in response to much lower intensity base station type exposures. Together, these two very large scale animal studies confirm the human epidemiological data already demonstrating carcinogenesis and as a result multiple independent experts and teams of experts have made clear that RF should now be designated as a Group 1 ‘known human carcinogen’.

The results of this study and International Commission of Non-Ionizing Radiation Protection (ICNIRP) reports showed the people who spend more than 50 minutes a day using a cell phone could have early dementia or other thermal damage due to the burning of glucose in the brain.

Safe Gen Five For South Africa are calling for the government to halt the deployment of 5G until proven safe.