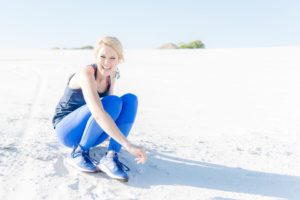 South African Earth Warrior and Social Justice Activist, Catherine Constantinides heads out for the 2019 Sahara Marathon, the marathon takes place on the 26th February in the Sahara Desert. Her drive is her profile and passion for the environment and human rights.

As an internationally renowned climate activist and human rights defender, this South African Earth Warrior is no stranger to challenge and adventure. And has set her mind firmly on participating in this desert run. She serves on the Saharawi Human Rights Council and has been travelling back and forth to the refugee camps as a humanitarian for the past five years. She is participating in this particular event to raise awareness and honour the Saharawi freedom fighters and victims of landmines in the region. Last year she spent time with Aziz Haider who is the founder of the Saharawi Association of Landmine Victims (ASAVIM).

According to various estimates there are still between 5 – 10 Million landmines still in the Sahara, “Western Sahara is one of the most contaminated territories in the world,” the UN Mine Action Service says on its website. Landmines and explosive remnants of war “remain widespread” and “there is very limited information available regarding the location of hazardous areas”, it warns. High winds, sandstorms and rainfall also pose a challenge as they can hide, reveal or move landmines.

According to Aziz Haidar, who has lost three of his limbs in a mine blast, such explosions have caused more than 300 casualties since a ceasefire which took effect in 1991. 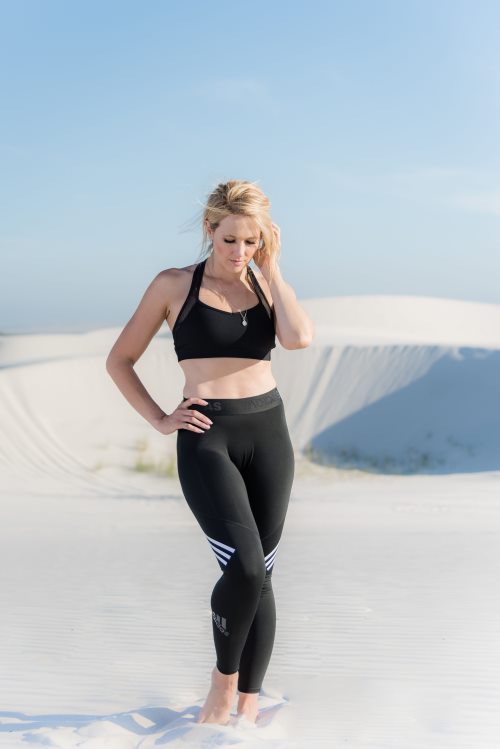 The Sahara Marathon is an international sport event hosted in the Sahara Desert every year. The aim of the marathon was designed to demonstrate solidarity with the Saharawi people, first initiated in 2001, organised by the Secretary of State for Sport, under the auspices of the Government of the Sahrawi Arab Democratic Republic and with the help of volunteers from all over the world.

Constantinides has been actively engaged in highlighting causes across the continent linked to climate change and human rights for more than a decade, her work as a former Miss Earth South Africa has seen her work passionately in the waste, water and food security space as she leads educational and community development projects linked to these spaces in furthering the movement towards the Sustainable Development Goals. Her work through her organisation Generation Earth has gained much momentum across South Africa and the world over the past eight years.

This activist says it is certainly the biggest physical challenge she has ever committed to and has already been preparing for the upcoming marathon. Her goal is to highlight the #StandInTheSand solidarity movement which gives a voice and presence to the last colony in Africa, Western Sahara.

The Western Sahara is the last colony in Africa. A Spanish colony from 1884 to 1975 when Spain failed to complete the decolonization process which it promised to achieve. Instead, Spain, Morocco and Mauritania signed a secret agreement to divide this African territory into two parts by military control by Morocco from the North and Mauritania from the South while Spain maintained privileged economic interests especially in the illegal exploitation of the rich fisheries and phosphate of Western Sahara. 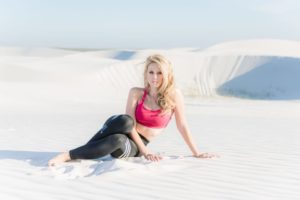 The Polisario Front, the Saharawi liberation movement was already constituted in 1973 to fight against Spanish colonialism, but found itself encircled by the two armies and had to deliver a heroic fight against the two African armies and at the same time to build a genuine Saharawi Nation and ‘State in Exile’ which was declared on the 27th of February 1976 as the Saharawi Arab Democratic Republic, also a founding member of the African Union.

Constantinides’ active humanitarian work in the Saharawi Refugee Camps over the past five years has brought international awareness to this more than 43-year-old conflict. Now she runs in the sand for a people who continue to fight for self-determination and justice.

“I am participating in the marathon to honour the leaders that have gone before me, to honour the people that have lost limbs and in some instances their lives as a result of landmines, I honour those that have impacted my life and I run for justice for the last colony of Africa, as a South African I run for the right of Freedom and self-determination for all people.” Constantinides added, her deepest thanks and appreciation to those that have believed in her vision and have supported her on this journey.

The Sahara Marathon, is the standard-distance 42km marathon and includes a half marathon of 21km, and a special children’s race which is aimed at promoting sports activity. Funds raised through the marathon assist in financially supporting and developing humanitarian programmes. More so to use the power and strength of sport and its unifying power to raise awareness and sensitize the world about the plight and struggle of the forgotten people of Africa; the Saharawi people of Western Sahara.