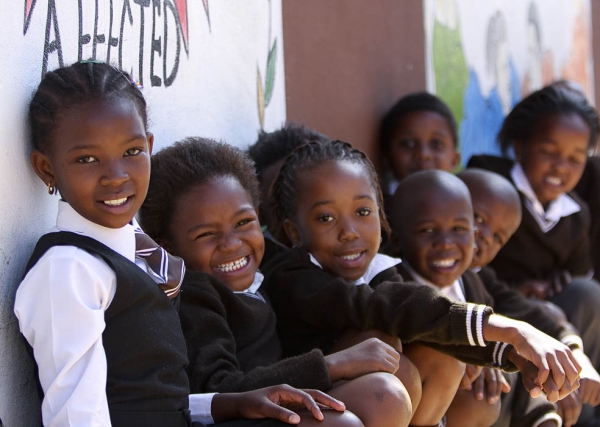 Olive Leaf Foundation is a South African based Sustainable Development Organisation (SDO), partnered with communities in their development since 1989. The foundation is presently working in South Africa, Botswana, Zambia, Kenya, Nigeria and Cote d’Ivoire.

The SCDI measures the change in various development indicators from 2000-12 using GDP per capita, years of education, life expectancy, environmental health (including air pollution and availability of fresh water) and ecosystem vitality (or the long-term sustainability of the environment, including climate change); it is an indicator of progress over a period of time, rather than a static ranking at any given point.

Ghana, Uganda, Korea, Bangladesh and Singapore emerged as the best performers in the inaugural SCDI, with Egypt, Nigeria, India, Brazil and Indonesia making up the remainder of the ‘Top Ten’.

South Africa received the lowest score overall, based largely on a fall in life expectancy over the review period 2000-2012 and the long-term sustainability of its environment, according to the Mail & Guardian.

South Africa had a higher GDP compared to other African countries and less catching up to do, but performed weakly on all the other measures.

President Jacob Zuma last week stated at an event in KwaZulu-Natal that South Africans should remember that the country is one of the driest on earth.

He said water was both a basic necessity and a basic human right. “Due to pollution in local municipalities, lack of water law enforcement and water loss through lack of maintenance we don’t believe that government is prioritising this critical issue,” said Kleynhans.

Shale gas consideration cause for concern

Jonathan Deal, CEO of Treasure the Karoo Action Group (TKAG) said it is cause for concern that the South African government is even considering licensing shale gas extraction in some of the most sensitive regions of the country.

“Applications that span vast tracks of land across the Karoo, Free State, Eastern Cape, Kalahari and KwaZulu-Natal have been submitted and additional future applications are also expected,” Deal said. “Government is the custodian of South Africa’s minerals and our water resources. They are supposed to be the guardians of our natural resources and ensure sustainable development and compliance in South Africa, yet they are clearly failing in executing their tasks.”

“Government is failing to develop a sustainable future for South Africa. Their development plans are focussed on upcoming elections instead of long-term sustainability. We need long-term solutions to social, economic and environmental issues through sustainable utilisation of our natural resources whilst protecting the environment for future generations to enjoy,” said Kleynhans.

Become a member of AfriForum and join the fight to ensure a safe and sustainable environment in South Africa. SMS the name of your town to 37722. R1/SMS.

John Calverley, Head of Macroeconomic Research and the author of the report, said: “Issues remain around distribution of income and meeting the need for environmental sustainability across many of our markets in Asia, Africa and the Middle East. However, there are significant efforts among governments, international agencies, NGOs and researchers to analyse, discuss and formulate policies on these issues. We hope our report makes a contribution to this continued focus.”