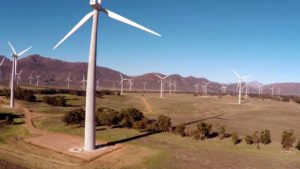 South Africa is falling behind on renewable energy project implementation, even as other nations accelerate their plans for green energy.

According to data from Greenbyte, a renewable energy management systems manufacturer, SA lags far behind fellow BRICS country China which has 188 232MW (megawatts) of wind power capacity and 106 921MW of solar energy capacity.

“We have been stuck in a black hole for over two years while Eskom refused to sign the power purchase agreements for the recently approved 27 renewable energy independent power producer (IPP) projects, which has created massive policy uncertainty in the renewable energy space,” said Nhlanhla Sibisi, Greenpeace Africa Climate and Energy campaigner.