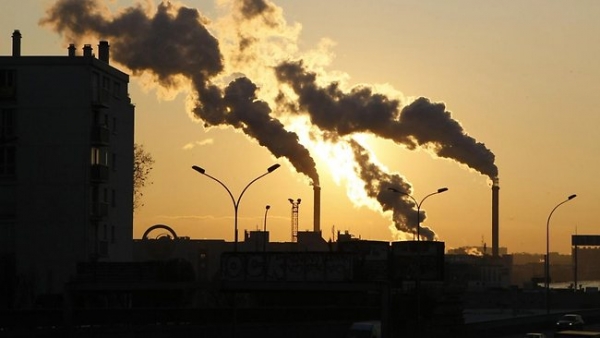 “Good ecology is good economics,” Dr Andrew Siddle said during the opening of the SA Conference on Carbon Emissions & Tax held recently at the GIBS conference centre in Ilovo.

“The overall temperature in SA is likely to increase by 4 degrees by 2100, even if all carbon pledges and targets are met,” Dr Siddle went on.

Up next was the founder of The Champions of the Environment Foundation, Mr Bantu Holomisa. Mr Holomisa is currently serving in the Water and Environment Affairs Department.

Mr Holomisa said “long term strategies need to be thought out and implemented to battle climate change and reduce our carbon footprint.”

He mentioned an example of a long term strategy in the form of an indigenous forest that was established in the Eastern Cape in 2010.

Mr Holomisa went on to say that the climate change economics in SA incorporate factors such as the developing economy, rural areas with limited resources and the commitments made at COP17.

Champions of the Environment suggested a climate change fund be established by means of carbon tax. This fund will be for the utilisation of environmental protection, job creation and education.

Adam Simcock next took centre stage to deliver a charismatic speech on and the validation process of green projects in South Africa.

“Africa only has 120 CDM (Clean Development Mechanism) projects registered out of the 6000 projects worldwide,” said Simcock, who is the CEO of Carbon Check. “101 of these projects are registered in South Africa.”

He explained the basics of the validation process and also mentioned that Carbon Check is the only company in SA authorised to validate CDM projects. “Only 8 projects were able to claim carbon credits last year, as they were the only ones who delivered on their targets and promises.” he said.

Looking to the future, the sustainable development of rural areas is very important. He also said “The benefit of introducing a carbon tax initiative in SA lies in tax-free carbon credits and the ability to use these credits on the local market.”

“You can’t manage what you don’t measure.”

Dr Brian Mantlana from the Department of Environmental Affairs explained a summary of key deliverables as required by the NCCRP (National Climate Change Response Policy). They include adaptation, mitigation, flagship programmes as well as the design and publishing of a draft Climate Change Response Monitoring and Evaluation System.

“You can’t manage what you don’t measure,” said Alex Hetherington from Carbon Calculated during his presentation of The Carbon Trip Ahead.

The benefits of carbon foot printing include forced measurement of useful metrics, the understanding of sustainability data as well as controlling costs and tracking initiatives, said Hetherington.

He made a call for vocal leadership and action from the private sector regarding carbon emissions.

Warren Gray from Solid Green Consulting delivered a presentation on the practical implementation of Green Building Technology. “There are 16 cubic kilometres of energy drained from the earth annually,” he said.

Globally, buildings are responsible for the generation of 1 in 3 tons of CO₂.

Everyone who attended the conference was in consensus that a local carbon tax initiative is needed and that extensive debates around the topic is unavoidable. Just the same as climate change is unavoidable.