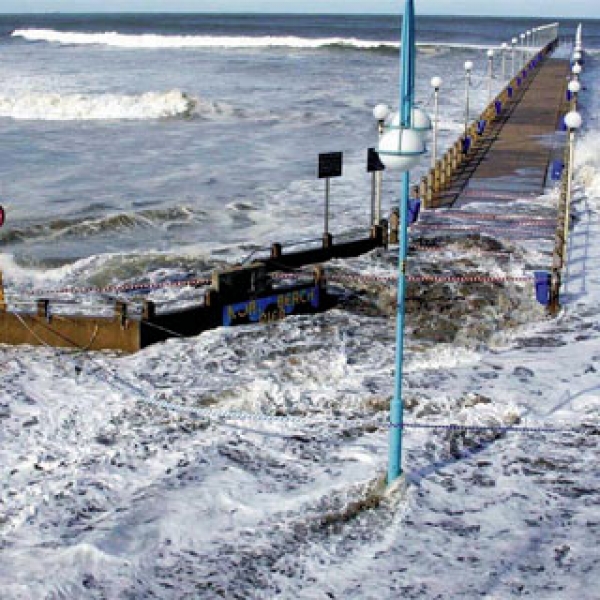 South Africa is on the list of nominees for this year’s Future Policy Award. It has been nominated for its policy No.24 of 2008 – National Environmental Management: Integrated Coastal Management Act. The Future Policy Award celebrates policies that create better living conditions for current and future generations. It is granted by the World Future Council, an international policy research organisation that provides decision makers with effective policy solutions.

Each year the World Future Council chooses one topic on which policy progress is particularly urgent. In 2012, the award is dedicated to exemplary coastal and ocean policies. Thirty-one outstanding policies from 22 countries and regions have been nominated. The nominated polices range from national ocean policies, marine protected area programmes and integrated coastal zone management plans to policies regulating fisheries, trade in marine products, marine litter and land-sea interactions.

For this year’s theme the World Future Council is partnering with the UN Secretariat of the Convention on Biological Diversity (CBD), the Global Environment Facility (GEF) and the Food and Agriculture Organization of the United Nations (FAO), with support from the Okeanos Foundation. Ocean experts from international organisations, academia and non-governmental organisations have submitted nominations. A comprehensive evaluation process is under way and a jury will decide on the winners.

The winning policies will be announced at the United Nations Headquarters in New York in September 2012 and celebrated at the 11th Conference of the Parties to the Convention on Biological Diversity in Hyderabad, India in October. Nominations include policies from Australia, the Baltic Region, Belize, Canada, the East Asia Region, Ecuador, the European Union, France / French Overseas Territories, Kenya, Kiribati, Iceland, India, Japan, Mexico, Namibia, Norway, New Zealand, Palau, Philippines, Singapore, South Africa and the United States of America.

praise for leading by example

Dr Braulio Ferreira de Souza Dias, Executive Secretary of the Convention on Biological Diversity (CBD), says: “The ocean world is in all our daily lives. Even for the many millions of people who may not think that they have a strong reliance on oceans, marine ecosystems and wildlife provide all kinds of benefits. The Future Policy Award provides the opportunity to raise awareness of the issue and increase practical action.”

Monique Barbut, CEO and Chairperson of the Global Environment Facility (GEF) says: “Countries are now becoming much more active in restoring and protecting their coastal oceans. Working towards an improvement in the condition of oceans and coasts, we are delighted to partner with the World Future Council in its endeavor to identifyand promote adoption of these critical policies”.

Árni M. Mathiesen, Assistant Director-General Fisheries and Aquaculture, Food and Agricultural Organization of the United Nations (FAO) says: “Humanity depends on the sustainable management of the marine environment to realise the Human Right to Food. This is why it is so important to promote policies that successfully address the multiple threats to oceans and the coastal communities that depend on them for their livelihoods.”

Climate change and its impacts on our oceans and coasts