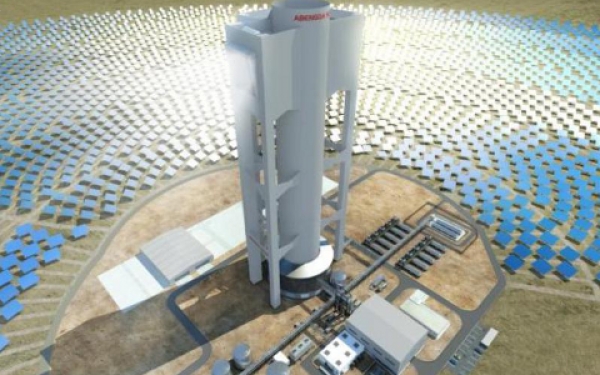 “The road through South Africa’s energy landscape is beset with detours, crossroads and conflicting signposts,” is a common assessment of the country’s electrical power sector.

Struggling to find the right mix to tackle chronic capacity shortages, stubborn red tape holding up new projects and mounting pressure by consumers to tariff hikes which, according to some economists, will take South African electricity rates to amongst the highest in the world, and some industry mutterings about the proportioning of generation methods, CSP amongst them. At a few percent, reserve margins are low, compared to the global recommended level of 15%, due simply to energy supply not meeting energy demand.

South Africa is just two years into its IRP2010 (Integrated Resources Plan), a roadmap drawn up by the Ministry of Minerals and Energy to plot the energy sector’s fortunes for a 30-year span.

Just under 1,500MW of clean energy will be installed over the next three years, the only look-in by independent power producers (IPPs) as South Africa struggles with its energy capacity deficit. Support is growing for the notion that the private sector should contribute to generation to a much greater extent, particularly as a means of steadying spiralling capital costs.

In its application for a 16% tariff increase for each of the next five years from April 2013, Eskom says it will use 3% of that to fund its purchase of renewable electricity from independent power producers. If approved, it will double the price of electricity consumers now pay.

The load shedding debacle of 2007 and 2008 caused havoc to the South African economy, with losses estimated at R50bn ($6.5bn) – the government is understandably eager to broaden its energy supply base: renewables are one way of achieving this.

Can CSP fill this gap?

Whilst some analysts may criticise promoting CSP in South Africa due to high costs and relative lack of track record, others are more optimistic.

It’s no secret that Eskom and the government want more out of CSP than simply commercial wattage and that the big prize is industrial scale energy storage and heat transfer. So far, the quickest way to this particular golden fleece is the high temperatures only CSP (after nuclear) can provide.

Protagonists who see CSP as the best bet, in fact hardly a gamble, point out that much of the pioneering technical work has moved off the R&D drawing board and is proving its worth in Spain and the United States. What’s more, Abengoa of Spain, South Africa’s 51% stakeholder partner in its first CSP ventures, is a global leader in CSP technology. Their projects are a 100MW parabolic trough project at Upington and a 50MW tower facility at Pofadder, both in the Kalahari scrublands.

Few regions in Africa – apart from the Sahara Desert – receive the intensity of solar radiation that bakes South Africa’s Northern Cape Province for at least 350 days a year, and have as much free land to spare, bearing in mind the space that solar generation demands.

The strides PV are making technologically and in generation cost reduction is emerging as its most effective weapons its competition with CSP, if that is what it is. PV is also playing catch-up with CSP in heat generation with emerging CPV technology and an array of such cogenerators such as CSP-PV, for example. Perhaps the solution won’t be found in individual technologies but in a melting pot of like-minded production methods.

Meanwhile, the European Investment Bank (EIB) has joined the funding portfolio of the joint Abengoa-SA Industrial Development Corporation’s Khi Solar One project in South Africa’s Northern Cape Province with a $63.5m contribution. It is the first large CSP project in sub-Saharan Africa and a milestone private sector renewable energy project in South Africa.

The EIB funding support came at the financial close of a slew of 28 renewable energy projects at the closing ceremony for REBID 1 projects. Electricity generated at the Khi Solar One plant will be sold to South Africa’s state owned utility, Eskom, on a 20-year power purchase agreement. Some 600 construction jobs will be created during the build with about 35 full time plant operations employees. The project has a two-hour storage capacity and will prevent an annual 183,000mt of CO2 emissions. The Khi Solar One project consists of a 200m high tower with around 4,500 heliostat moving mirrors on a 600 hectare site.

The Khi Solar One plant, located close to Upington, will harness solar radiation by focusing it onto a small area to produce steam, which drives a turbine and produces electricity.