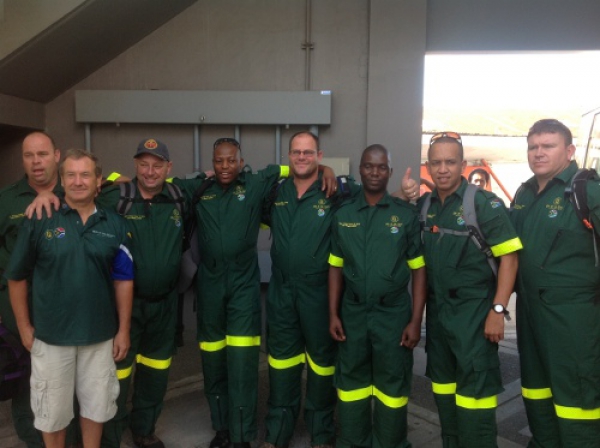 South Africa was the first nation this week to reach out with aid after Typhoon Haiyan, one of the most powerful storms ever recorded, displaced an estimated four million people in the Philippines.

First there were the two front runners from Ireland and Denmark preparing for the arrival of the First 20-member Gift of the Givers Team from South Africa on Friday, 15 November. Then Saturday was spent on shopping for supplies to set up a self-sustainable camp for the team in the typhoon zone, and purchasing of additional medication and food for the victims of the disaster. Sunday was loading of a cargo plane to deliver the combined supplies from South Africa and Manila to Cebu. Monday the teams flew on two flights arriving in Cebu from 4 am.

The intended flight on a Swedish Army C130 Hercules to Ormoc and onwards to Palompon didn’t materialise. The electricity failure shut the airport; just another of the logistical hurdles we faced to get to the typhoon zone.

But the team never gave up. They sourced and found two private ferries on Tuesday in which they and some of the supplies got wet and team members got sea sick in the 8-hour journey; a small price to pay in trying to reach humans in absolute despair. Our destination – Palompon Island, through which the eye of the typhoon swept with swathes of destruction in the city and neighbouring villages.

We were the first international team to reach the island – Africa had made its mark and played its role in joining the international relief effort. We were extended courtesies way beyond our expectations by the mayor, police and citizens, ever grateful that someone had found the “forgotten” people of the Philippines.

A building was allocated to us, they connected electricity and water the day before in expectation of our arrival.  We were impressed and grateful. It was time to put African Ubuntu into action. Teams went out to survey the town, hospital and maternity health centre. 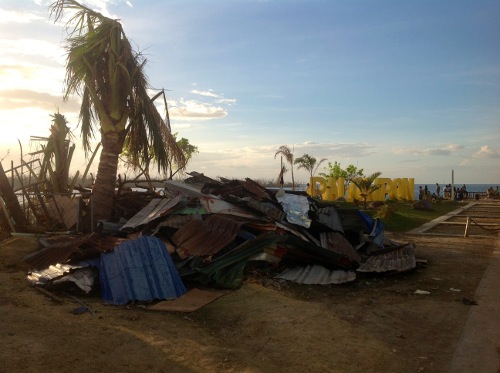 Wednesday was an early start; Palompon is a city of 72 000 people surrounded by 51 villages with half a million inhabitants. To date, 12 days post typhoon, no individual, no official and no rescue team had ventured into any of those villages. Our teams were the first, finding zones of massive destruction as they split up to cover the five districts in which these villages are collectively organised.

We found hungry and thirsty people, in need of medical care. Dr Mounim set up clinic in a destroyed Roman Catholic Church, while other team members made similar efforts. Collectively, they treated several hundred patients with more than half being children with respiratory tract infections; adults requiring emotional and psychological support.

The experience of living through a 300 km/hr typhoon and the aftermath is nothing short of a living nightmare. We distributed food aid to these people. The rescue teams are the backbone of Gift of the Givers operations; they access areas, remove debris, clear roads, assist people with home improvements, repaired the maternity health centre and put up the water tank. Delivery of maternity packs are being distributed to various centres. Even wi-fi is connected. Items were bought to repair the coastal lighthouse today to help guide ships.

Thursday, today, they start feeding 10 000 people one meal per day. These rescue personnel, all South African, are the foundation for the rest of the support structures. Together with local labour they have started to repair the top floor of the hospital in Palompon that was destroyed by the typhoon. 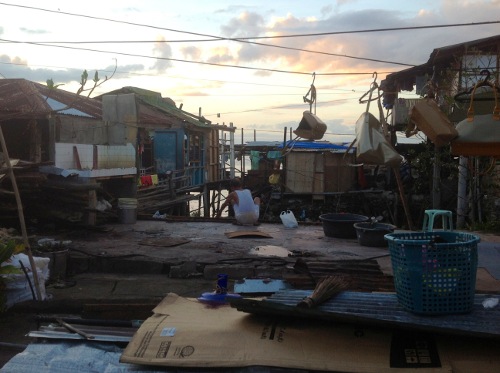 Presently, only the ground floor can be used as a 30-bed facility. We expect the renovation to be complete in 72 hours making it a 100-bed facility, in preparation for the 21-member medical team that leaves South Africa tonight and will be joined by a South African from Toronto. South Africans from Thailand, Australians from Indonesia and Australia and another 30 South Africans in our country are on standby to join in the Palompon effort if needed.ÂÂ  Danish organisations also want to collaborate with us.

Dr Zeyn Mahommed is anchored in Cebu sending medical equipment, medical supplies, food and water in huge quantities by ferry to support our efforts. The hospital can become a referral centre for the 600 000 people on the island and for islands nearby, providing medical, emotional support and food aid. The head surgeon awaits our medical team on Saturday night. Field teams are already identifying cases for theatre. If the system takes off, almost inevitably, team 3 will have to be on the way.

We thank all South Africans for their support which you can continue in several ways: