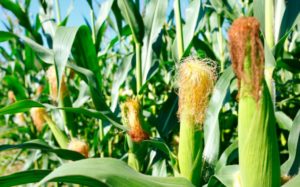 The African Centre for Biodiversity (ACB) has lodged an objection against Pioneer Hi-Bred’s application for field trials of RNAi /gene silencing (DP-566113-9) GM maize, since the risks to the health of the environment and humans is, as yet, unknown.

Just as most people were going on holiday, on 21 December 2018, Pioneer Hi-Bred advertised in the Citizen newspaper its intention to make application to our GMO authorities for permission to conduct open field trials of a genetically modified (GM) maize variety, DP-056113-9, involving gene silencing techniques.

The ACB lodged an objection to the trials with the GMO authorities on February 4, after having been granted a short extension period to do so. This is being followed by ACB putting out a petition to call on South African citizens to add their voices to the objection, which will be open until February 18 2019, and the signatures received will be submitted to the government on 19 February 2019.

We are alarmed that once again the GM industry aims to test a risky product on the SA environment and its citizens, who are being targeted as recipients of an unproven technology that promotes the private seed industry at the cost of our local, small-holder farmers and their seed and food systems.

What are RNAi and gene silencing?

The term RNA interference (RNAi) was coined to describe a cellular mechanism that uses the gene’s own DNA sequence of gene to turn it off, a process that researchers call silencing. In a wide variety of organisms, including animals, plants, and fungi, RNAi is triggered by double-stranded RNA (dsRNA).

What is this application all about?

To preserve the genetic purity of the parental lines, a synthetic dsRNA molecule will be used to switch transgenes on and off at various stages of hybrid maize production processes, allowing for the continuous propagation of male-sterile varieties by self-pollination, which would otherwise entail lengthy seed management processes.

Why we say no?

The ACB refuses to accept that South African people and our environments are used as guinea pigs for this untested and unproven technology.

The risks are completely untested and hence unknown. Thus, it is entirely premature to allow the seeds to be approved for environmental release that may risk contamination of farmers’ varieties and South Africa’s food supply. Indeed, the containment measures proposed by the applicant are hopelessly inadequate and thus there is the threat of contamination of local maize varieties from this GM maize that has not been approved for entering the food supply.

To date, there has only been one single-season trial on this product and that has taken place in the US, where an RNAi drug has already been approved. Pioneer has failed to provide a single safety test in its application. 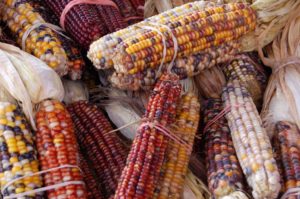 Field trials are precursors to commercialisation. In this event, the technology will expedite the proliferation of hybrid seed production and distribution across the African continent. In many African countries, farmer input support programmes use hybrid maize, which means that the benefits of such a system will lie with certified seed producers, who will licence the product from the developer, as well as seed breeders through royalty payments.

Executive Director at ACB, Mariam Mayet comments: “This technology does nothing to assist small- and medium-scale farmers in the country or the region but instead consolidates the multinational agribusiness’s stranglehold over South African food systems; entrenches corporate domination over seed and farmer dependency; and erodes biodiversity at a time when it is vital for us to embrace seed diversity as a climate resilience tool.

“This is why we urge government to reject this application and support a shift away from the continued corporate erosion of South Africa’s biodiversity and transition from the focus on a maize monoculture towards embracing a diversity of crops – particularly indigenous African summer grain crops – and diverse agricultural practices that support healthy ecosystems, economies, and societies.”

The ACB has The been a prominent civil society organisation engaged in advocacy with regards to GM technology in South Africa. One result of this was the decision of the South African biosafety authorities in rejecting Monsanto’s application for the commercial release of its GM drought tolerant triple stacked maize: MON 87460 x MON 89034 x NK 603, after the technology failed to deliver on its promises.