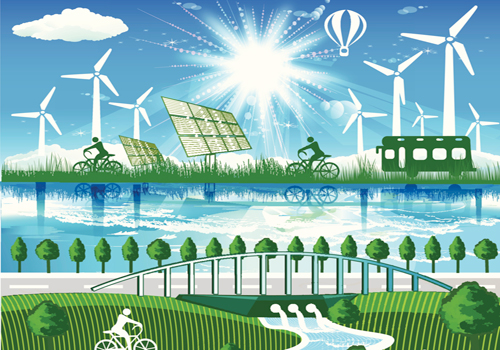 Dedicated exclusively to the renewable energy sector, IREC is a high-level political conference series hosted by a national government every two years and convened by REN21. Each IREC acts as a common platform for government, private sector and civil society leaders to jointly address the goal of advancing renewable energy and has provided the impetuses for several momentous initiatives over the past decade. IREC 2015 in South Africa will continue to build upon the successes and outcomes of the previous conferences held in Abu Dhabi (2013), Delhi (2010), Washington D.C (2008), Beijing (2005) and Bonn (2004).

On the announcement, the Minister of Energy in South Africa, Mr. Ben Martins, commented: “Africa has not, as yet, had an opportunity to showcase its nascent yet promising renewable energy industry or gain from the best practice as adopted in countries at the forefront of renewable energy deployment. South Africa, as the implementer of the largest renewable energy programme on the African continent is well placed to host such an event and we are honored to partner with REN21 in this endeavour.”

IREC 2015 will highlight the commitment of the South African government to diversify its energy mix, which until now has been predominantly based on coal. The growth of the renewable energy industry in South Africa, and indeed across the rest of Sub-Saharan Africa, will benefit tremendously from the exposure gained during the 2015 IREC.

Mr. Arthouros Zervos, Chairman of REN21, said: “Renewables already play a major role in the energy mix in many countries around the world. South Africa’s rapid investment totaling 5.5 billion USD in 2012 in clean energy is an impressive demonstration of how stable energy renewable energy policies can shape the market. South Africa’s example of how it has innovatively and professionally implemented its competitive bidding programme serves as inspiration to many other nations. REN21 looks forward to collaborating with the South African government on the first IREC on the African continent in 2015.”

With the aim of maximising the benefits of the partnership, REN21 and the Government of South Africa will form a sector-balanced, advisory committee. The committee will be charged with creating a robust conference programme to ensure tangible outcomes. The committee will be comprised of government representatives and government agencies, intergovernmental organisations, non-governmental organisations, industry experts as well as science and academia.