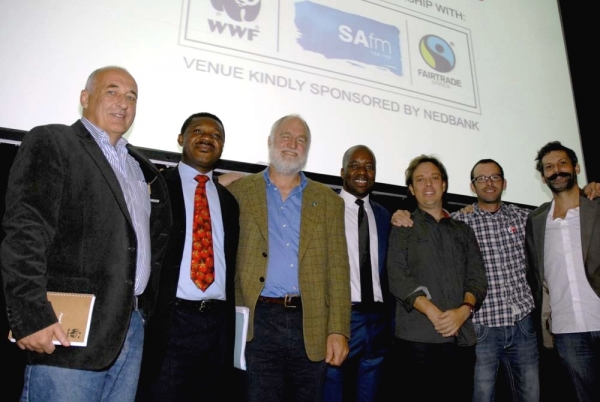 With the strongest economy and a growing middle-class in its urban centres, South Africa has the largest market for “ethical” products on the continent. Therefore, there is an urgent need for proper food labeling, to avoid ‘greenwashing’ and to benefit farmers that really do offer ethically produced food.

The environmental and social impacts of modern society’s reckless consumption patterns are stark, and international leaders are trying to tackle these issues head-on. Currently, the most spoken about event is Rio+20 which convenes governments, businesses and civil society to discuss the emerging “green economy”.

Sustainability is an emerging trend

Indeed, our societies are consuming more than the planet can afford to provide for in the long-term and this is no less true for South Africa, where there is an emerging trend of labels claiming that ‘sustainability’ is redefining the market place.

The exponential growth of Fairtrade sales in South Africa, since its introduction in 2009, points to an increasing appetite for these type of labels. Nevertheless, the question remains whether or not they are the solution for challenges of environmentally sound, transparent and “fair” businesses. 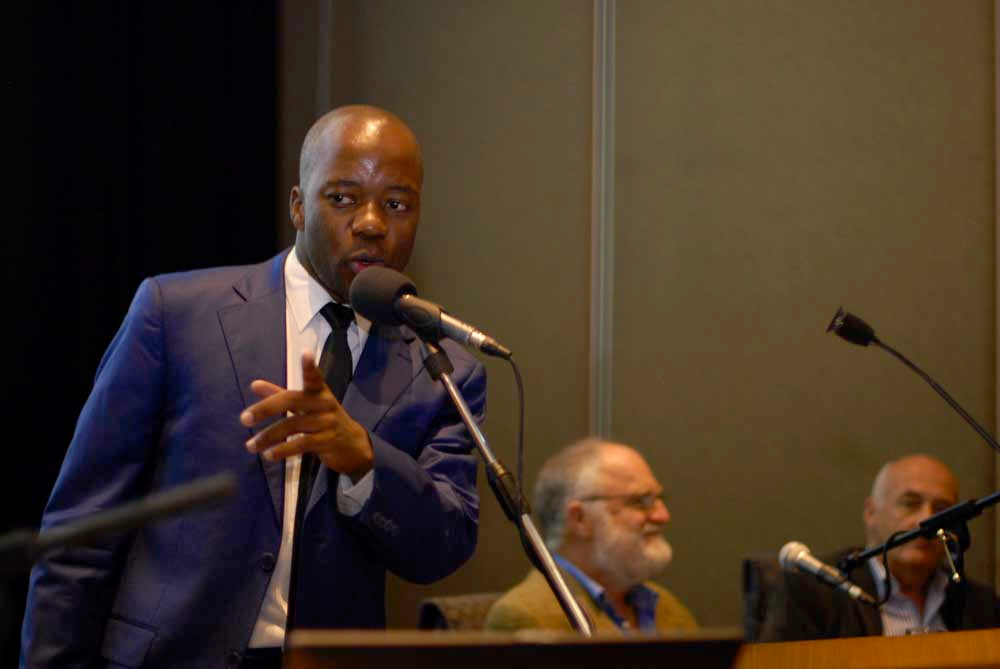 The recent debate “We Need Ethical Labels” broadcasted on SAFM’s AM Live on 25 May 2012, convened by the World Wildlife Fund (WWF) and Fairtrade Africa, confirms a significant level of interest in the subject and calls for deepening public engagement to assess what is the best approach to tackling the challenges of sustainable production and consumption in the country.

The debate, which was a contest rather than a discussion, engaged the audience directly by allowing them to ask questions and to vote either for or against the statement “we need ethical labels in SA” via SMS. In the panel, six speakers, three in favour and three against, squared-off on whether social and environmental labelling is helping or hindering efforts to reduce the negative environmental and social impacts of producing food in South Africa. 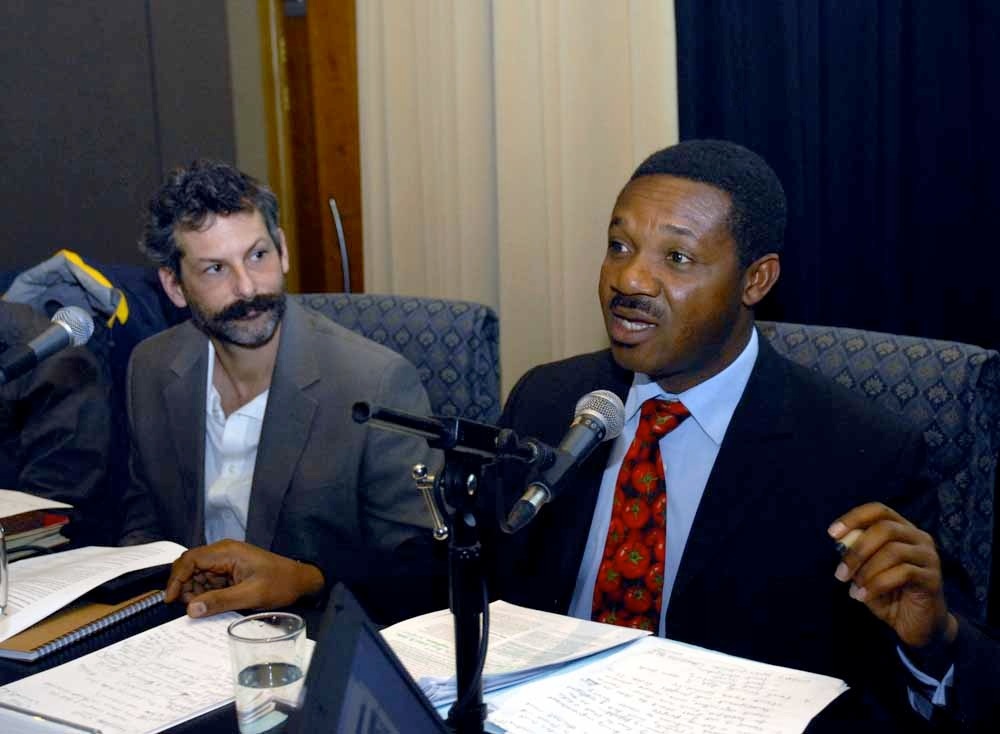 In favor of the statement were Tom McLaughlin of Woolworths’ sustainability programme; Jonathan Robinson, funder and owner of Bean There Fair Trade Coffee, and Noel Oettle, Fairtrade Africa’s board member and Manager at the Environmental Monitoring Group. Those against it included Professor Linus Opara of the University of Stellenbosch; David Donde, founder and owner of Truth Coffee Cult and Jonathan Cherry, founder of Cherryflava Media.

The first team highlighted the growing need for mechanisms that support sustainable practices that are credible and that effectively back the claims they make. They drew on evidence-based arguments, particularly concerning their experience with Fairtrade. The second focused mainly on the challenges of farmers who are unable to afford certification and audit costs, the potentially negative impact on food security and the danger of ‘greenwashing.’ 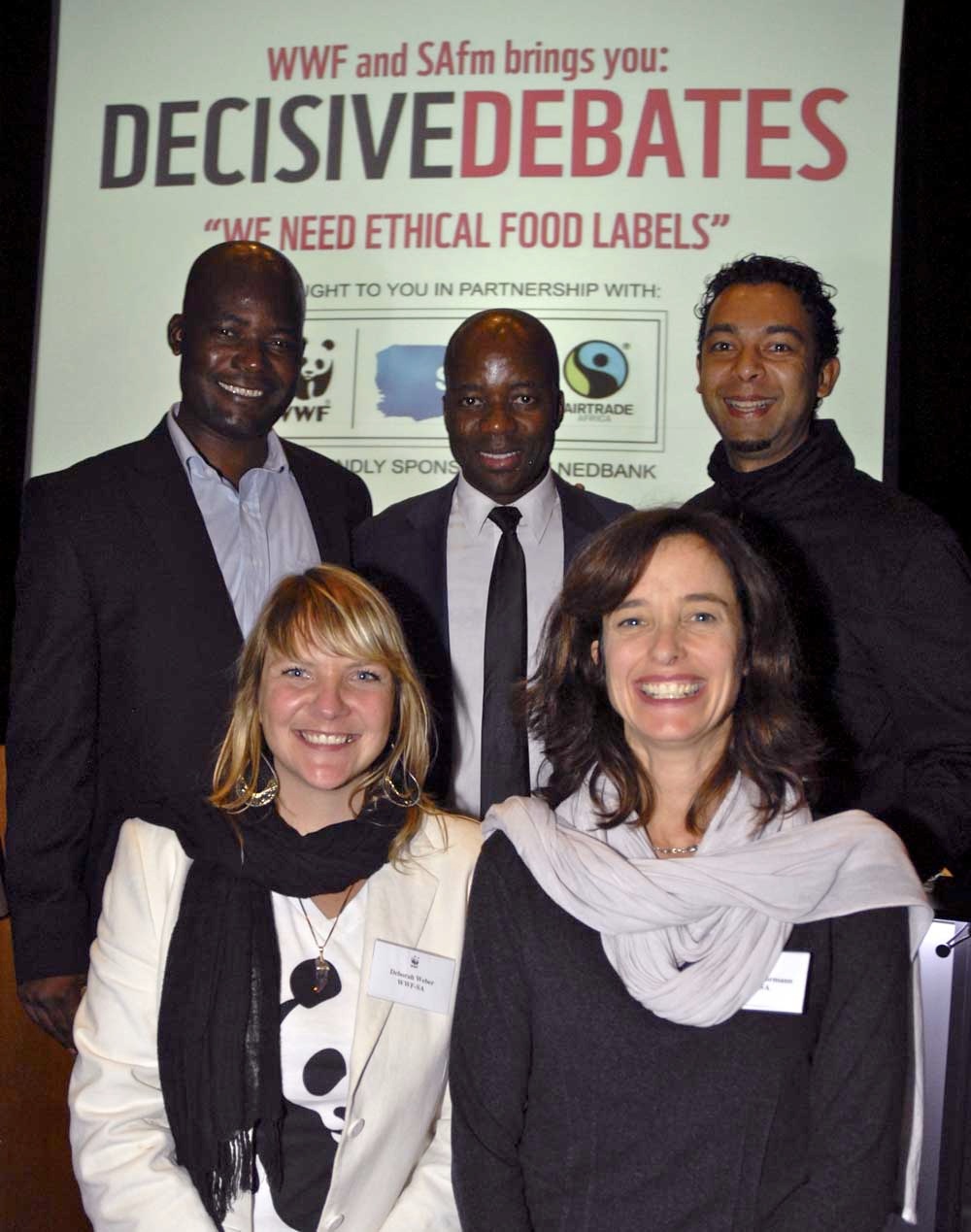 All arguments raised a strong response from the audience and the debate panelists. However, it was clear by a resounding 72% of the vote, that it is precisely in order to avoid greenwashing and ensure that more farmers benefit from these certification programmes that credible sustainable and ethical labels are strongly needed. The key task of course is to ensure that there is accountability and traceability on the claims that are being made.

Ultimately, as stated by Fairtrade Label South Africa’s Executive Director Boudewijn Goossens “in the long term, we should not need ethical labels of any sort!” Indeed, the principles of fairness and eco-consciousness in the market place should be embedded in the rules of trade. However, much is needed to get there. Currently, labels that support ethical and sustainable practices are the best tool available to consumers.

A radio-broadcasted debate was clearly an effective format in getting the discussion started. However, greater public engagement is needed in order to interrogate the current labels in the market place and to assess what is the best way to align with the reality of the South African market and the continent at large.