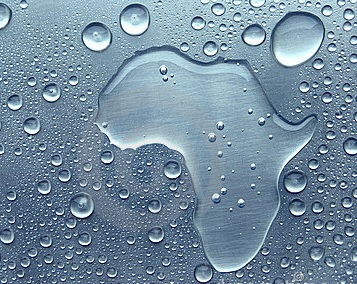 The challenges with water as our life giving and most threatened resource, especially in Africa, continues to be one of our core focus areas of this year.

In our last issue Green Times student Allen Tshautshau examined the scope of this crucial issue. In this article he analyses the conflicts arising from competition for water.

The current water scarcity has induced conflicts between corporate entities and local communities over issues relating to equitable sharing and benefit. Such conflicts are prompted by competition over water between users with conflicting interests, and are more prevalent in water stressed rural areas were equitable sharing of water becomes almost impossible.

Such conflicts have been fuelled by the growing demand for water between communities and various industrial sectors.

The South African mining industry has been at the centre of these conflicts, because of the link between coal power generation and water use. This industry uses bulk water from the same rivers and dams that the affected communities depend on for sustaining their livelihoods. This leads to an uneven sharing of the water resources.

Coal mines in South Africa produce 224 million tonnes annually. Of these, approximately 110 tons is used to power more than 80% of SA’s electricity. This exacerbates the country’s over-reliance on fossil fuels, and thus making it a carbon intense economy. Bulk water is required or used when preparing the coal into a final product, particularly in the extraction, combustion, control of dust and pollution.

Therefore, about 102 million m3 of water is drawn from local water resources such as rivers and dams annually by coal mines.

The majority of SA’s coal mines are found in water stressed areas. Coal mines utilize bulk water supplies from farmers and domestic users. As a result, thousands of South African farmers (both commercial and subsistence) and domestic users get deprived of water for food production.

Waste effluence from these mines contaminates fragile water systems. This has had dire consequences to SA’s limited water resources’ quality. Affected communities are now left with one option only, which is to compete or fight for clean and safe freshwater against the coal mines.

Various communities are often victims of a lack of transparency by authorities and the coal mining industry.

“Of the 22 mines that supply Eskom with coal, half were operating without a valid water license in 2010.”- Greenpeace, 2012

Lately, controversial new coal mining projects have been granted water use licenses by the authorities despite the prevailing water crisis in SA.

For example, the Limpopo Province, one of SA’s driest and poorest provinces, has been prone to such conflicts. Lately, there has been a battle for water between the Vele CoAL mine and various concerned groups (including farmers) around the Nzhelele, in the Limpopo Valley. The national authorities have granted a water license to Vele CoAL, despite the apparent water scarcity challenges faced by the Limpopo Valley.

Currently, the mine has attained a water license to utilize water from the Limpopo river, and is also pursuing water use rights from farmers around the Nzhelele dam in order to keep up with their projected 4.6 megalitres of water per day requirements. This area is globally recognized as water stressed and facing the prospects of a decrease in rainfall by 15% in the near future! Therefore, coal mining in this area will exacerbate the prevailing water scarcity.

In another case in the Sekhukhune district of the province, the construction of the De Hoop dam has caused disputes between the state organs and NGO’s due to conflicting interests. Here, government departments have blatantly mentioned that the motive behind building this dam is to improve the water supply to the poor communities in Sekhukhune district.

Will local people get enough?

The question is how so? Because it is not certain whether the local people will get sufficient supply of water for domestic use from the dam.

“Communities will qualify for free basic services of 25 l a day for each person, which will over time be increased to 60 l per person a day. If one exceeds this daily limit, he or she will then have to pay the R10 m3 for each extra m3 of water used.”

Only 40% of the water has been allocated for domestic use, compared to 60% aimed at boosting the local mines. This confirms the government’s undisclosed mining interest over the poor people.

On the other hand, the majority of poor communities have been affected by the post 1994 neoliberal water policies, such as:

It has been justified by the authorities that such radical shifts in policy will assist in cost recovery and financial sustainability of the water services institution. However, these policies have subsequently turned water into a commodity and contravenes the Water Services Act, 1997 (Act 108 of 1997) that advocates for the right of access to clean and safe water.

Now water is a commodity

Water privatization began just after SA’s first democratic election. By 2001, there were approximately 10 million water cuts due to huge debts and the inability to pay for the water services.

To date, communities have shown dissatisfaction with the lack of water service delivery and water supply cuts through protests.

To these poor communities, water still remains expensive and inaccessible. Furthermore, this lack of sufficient water has compromised the alleviation of poverty in these communities.

Walking to the moon and back

Women and children are severely affected by the current water crisis because they are perpetually perceived as the predominant carriers of household water in many poor communities.

“It has been calculated that in South Africa alone, women collectively walk the equivalent distance of 16 times to the moon and back per day gathering water for families.”- UNESCO Water Portal, 2004

Attempts by concerned authorities to solve the above mentioned problems are not bearing sufficient fruits. This is manifested by the staggering number of service delivery protests, which also demand the right of access to sufficient water. Apparently, most of the country’s water and sanitation facilities were built prior 1990, and are failing to meet the desired demand due to the rapid population growth in both rural and urban areas. This is prevalent in vulnerable and poorer communities across the country.

Clearly, the apparent water conflicts are to a certain extent fuelled by competitive exclusion. The looming water crisis in SA is expected to worsen over the next 10 years. Urgent and robust mitigation measures need to be implemented to remedy the devastating impact of water shortages.

The current water crisis affects every South African either directly or indirectly. Therefore, let’s all be part of the solution. Let’s be water wise!