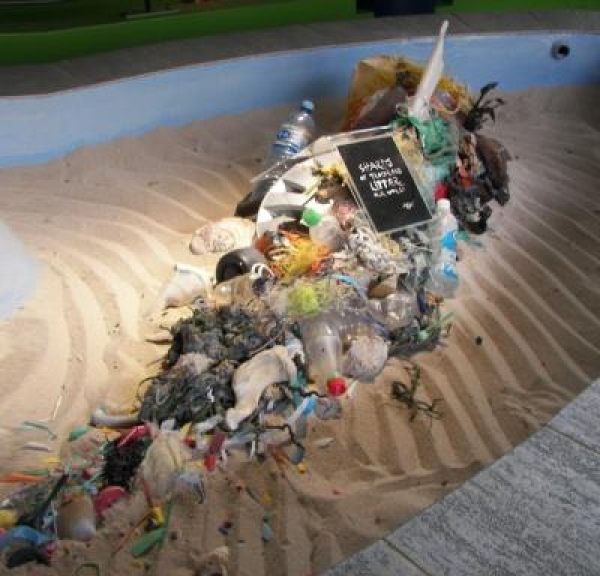 While you are enjoying a yoghurt snack from a plastic tub at home, there are a group of people embarking on an arduous cruise on our oceans to monitor plastic pollution. They are called the 5 Gyres crew, a non-profit entity from the United States who study samples of the five gyres (oceanic currents) as part of the Safe Planet campaign.

The 5 Gyres crew arrived at the Two Oceans Aquarium in Cape Town last week on their boat, the Sea Dragon, after an expedition of 31 gruelling days at sea. The crew sailed more than 4000 miles on the ocean. Among them were members who had never been to sea before.

‘In the fifties we thought plastic was a great invention, it is lightweight, synthetic and pollutes less when created. The plastic industry boomed and pretty soon it replaced all materials. But what becomes of plastic? Anna Cummins, a crew member, asks.

‘The five major oceanic currents are covered in plastic.’ 

According to Anna, plastic pollution begins on land because it is disposable.

‘If plastic is thrown away in the sea, it washes up on beaches everywhere.’

On their expedition the group dropped a vessel one metre deep every 60 nautical miles. They collected 67 samples and found each one soaked in plastic confetti. The plastic could not be sourced, because they came from different brands originating from different countries. The group found micro and macro plastic debris on the surface and deeper down in the water.

Cummins explained the detrimental effect that plastic has on marine life.

‘The albatross, for example, feeds its young by regurgitating its food. If it mistakes plastic debris for food, it can harm the little ones too.” 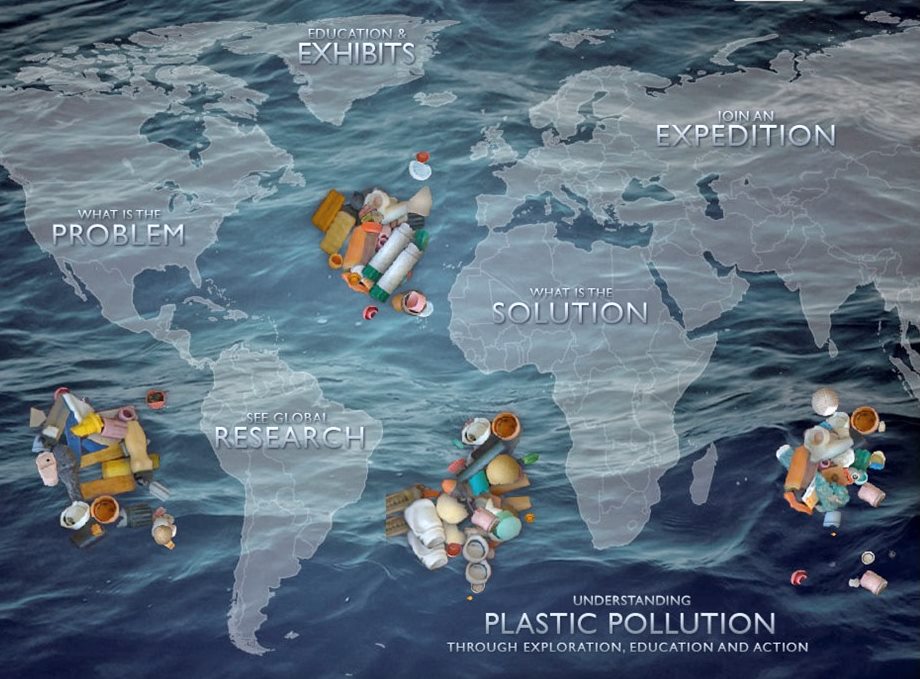 Many fish were found with plastic bits in their gut, which they must have mistaken for food. The 5 Gyres group displayed a shocking image of a sea turtle caught in a plastic ring. It had caught the ring around its belly when it was much smaller, and as it grew, its shell ended up misshaped because of the pressure the plastic ring applied.

According to the 5 Gyres group, plastic pollution in marine animals is not as simple as enter the species, be digested and be discarded.

According to Chelsea Rothman, a member of the crew who is doing her masters in marine eco toxicology, these chemicals enter our food chain and consequently accumulate in our own bloodstreams.

365 chemicals in her blood

Cummins agreed to have her blood tested (body burdening test) and was shocked to find a large amount of chemicals present. A recent blood test on a pregnant woman’s umbilical cord indicated the presence of 365 chemicals. We are clearly passing on harmful chemicals to the next generation.

Mary Osbourne, a professional surfer, joined the crew on their expedition because she regularly sees polluted beaches wherever she surfs. ‘I came in blind and uneducated. I was shocked to find every trawl polluted with plastic. I live, eat, sleep oceans and have pledged to undertake the body burdening tests.’

The artist Simon Max Bannister, whose environmental artwork, Plastikos (pictured below), is showcased at the Two Oceans Aquarium, will be joining the five gyres crew on their next expedition.

‘We must feel compelled to be the change,’ Simon says. 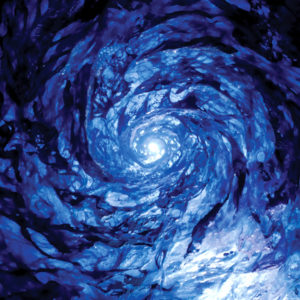 See more of Simon’s artwork at his blog.

‘Most people look away from the pollution, but we showcase it here at the aquarium in their faces. The truth is plastic is the master replicator, which we cannot live without. We catch, sell, eat and transport our food with plastic.’

Marcus Eriksen, another crew member, says action against pollution should start at our government and city councils.

‘You must encourage your authorities to put stricter legislation in place. You can also encourage people to bring their own cups, cutlery and plates to buy fast food.’

He thinks we should apply pressure on large plastic suppliers to create higher quality products.

Remember also that it’s not plastic that pollutes, it’s us human who do this. Ensure that ALL your plastic is recycled. If not, don’t use it.

The 5 Gyres crew will leave Cape Town on January 4th and head back to Rio de Janeiro.