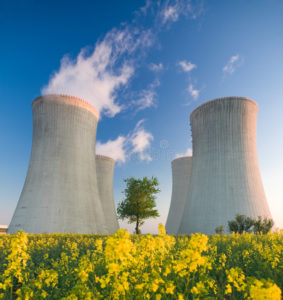 Global greenhouse gas emissions were at record highs in 2010 according to the International Energy Agency. The Carbon Disclosure Project (CDP) has released a report written by KPMG on South Africa’s carbon chasm, setting the tone for meaningful conversations between business and government.

This latest report in the CDP Carbon Chasm series measures the gap between South Africa’s voluntary commitment to reduce national emissions to 34% below business as usual levels by 2020, and the emission reduction targets of the largest 100 companies listed on the JSE, as reported to CDP in 2010..

KPMG is the lead South African sponsor for CDP, a global initiative that acts on behalf of 551 institutional investors, holding $71 trillion in assets and challenges the world’s largest companies to measure and disclose their carbon emissions.

‘What is striking is that even though just one-third of South African companies in the JSE 100 report setting targets, this covers 93% of the JSE 100 direct emissions profile. We encourage the remaining two thirds of JSE companies to set targets as well, because not only do they cut emissions, but by advancing energy and process efficiencies, they can also cut significant costs as wellâ€ says Joanna Lee, Chief Partnerships Officer for the CDP.

Most JSE 100 energy, mining and minerals players in SA, while being the heaviest emitters, are setting targets, showing that large players in the sector are proactive in seeking innovative solutions to decrease South Africa’s carbon emissions.

‘Business as usual is not defined, so our best estimate for what constitutes this is the Growth Without Constraints scenario in the Long Term Mitigation Scenarios (LTMS) mandated by government,’ explains Neil Morris, Director: Climate Change and Sustainability Services at KPMG.

The chasm between the ‘business as usual’ carbon emissions and South Africa’s voluntary commitment of 34% below this in 2020 is 253 million tonnes CO2-e, which is approximately half of current national emissions. If the targets set by the JSE 100 are achieved, the carbon chasm could be more than halved, to 105 million tonnes.

This means that South Africa’s private sector can make a considerable contribution to meeting the 2020 commitment.

‘Perhaps the most surprising finding in the Chasm Report,’ explains Marijke Vermaak, Manager: Financial Risk Management at KPMG, ‘is that our estimate of South Africa’s required emissions trajectory does not  follow the expected peak-plateau-decline trajectory as we head towards 2020, but that carbon emissions need to begin to decline immediately.’

The Carbon Chasm report also takes into account what is perhaps government’s biggest challenge in meeting its 2020 commitment, which are emissions from electricity generation, which accounted for 45% of South Africa’s national emissions in 2010.

South Africa’s energy mix is unlikely to change substantially before 2020, and is currently 90% dependent on coal, with two new coal-fired power stations being built. Independent Power Producers are also slow to be introduced to the grid, due to policy uncertainties. And compounding this, the much anticipated Renewable Energy Feed-in Tariff (REFIT) scheme has been discarded in favour of a competitive bidding scheme with a price ceiling.

Conference of the Parties coming

The United Nations Conference of the Parties 17 (COP17) on Climate Change is taking place in Durban this November.

‘It is important to remember that South Africa’s emissions reduction commitment is conditional on international financing, technology and capacity-building support.

‘The conference is not only a platform for South Africa to showcase the progress we’re making locally in implementing climate policies, but is also an opportunity to attract international investment in our green initiatives,â€ says Morris.

About the Carbon Disclosure Project (CDP)

CDP is an independent not-for-profit organization holding the largest database of primary corporate climate change information in the world. Some 3,000 organizations and cities across the world’s largest economies now measure and disclose their greenhouse gas emissions and climate change strategies through CDP, in order that they can set reduction targets and make performance improvements. This data is made available for integration into local government, business and policy decision making.