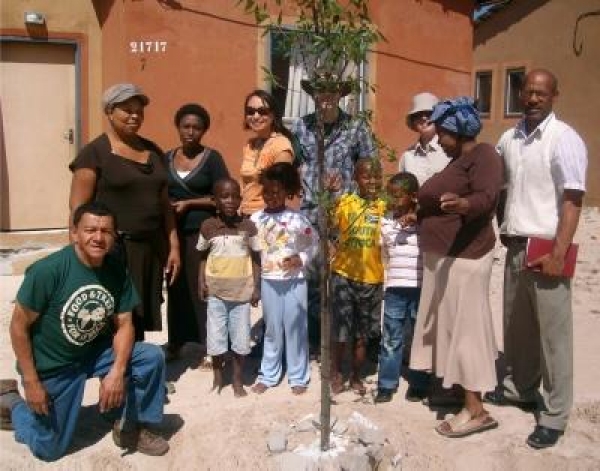 One would think that a nursery – by virtue of the fact that its business is trees – is ‘green’ by default. But take into account factors such as the electricity, fuel, fertilizer, containers, plastic bags, paper and transport that are required to produce trees and, like any other product, a container-grown tree can tread heavily on the Earth in terms of the carbon footprint it leaves behind.

Just Trees in Paarl has become the first nursery in South Africa to be certified carbon neutral. Taking steps to ensure that the trees they are selling carry no residual carbon footprint, they conducted an internal assessment and then calculated their carbon footprint under the guidelines set out in the GHG Protocol. This was then reviewed by experienced carbon footprint analysts all regulated by The Carbon Protocol South Africa.

It was determined that Just Trees – a nursery of 120,000 indigenous trees – generated 377 tons of CO2e for the financial year ending 28th Feb 2010. Initially taking steps to reduce their emissions (for example, by decreasing energy use, being water-wise and improving on transport efficiencies), Just Trees offset their remaining carbon footprint through the donation of 1,002 trees to Food & Trees for Africa, who planted the trees in the Delft community in the Western Cape and, an accredited organization, subsequently certified Just Trees carbon neutral. 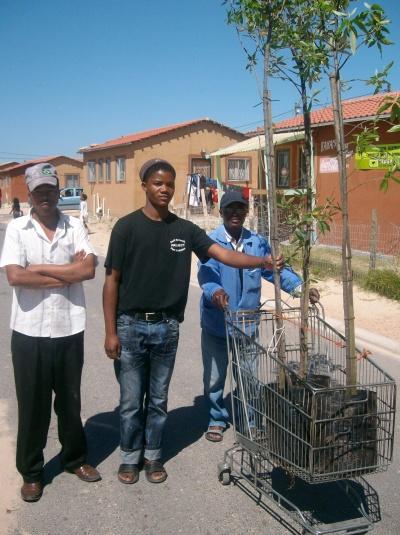 Jeunesse Parks, head of Food & Trees for Africa commented on how Just Trees’ proactive approach to achieving carbon neutrality is ahead of the curve, and will hopefully set an example for the rest of the industry.

“Planting trees is an obvious route to becoming green and nurseries, by default, are considered to be part of the ‘green industry’. But how green are they, and how will you know unless you understand how much impact growing them has on the planet?”

Without being able to ignore the sobering effects of climate change and global warming any longer, planting trees is an easy, effective way for businesses and individuals to offset their carbon footprint. Additionally, trees green grey areas and uplift communities, provide shade, bear fruit and provide a playground for children and, with hope, their children too. In terms of planting trees to offset and reduce carbon emissions (a tree, in its lifetime, can absorb between half to one ton of carbon dioxide), it becomes significant and meaningful to plant trees that are free from any residual carbon as, in this way, they can achieve what they’re intended to; and we are afforded the opportunity of starting from a truly green, clean slate. 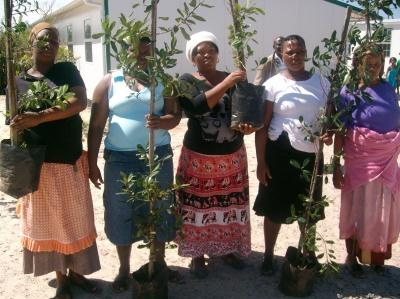 Stuart Glen, President of the Institute for Landscape Architects in South Africa, says of Just Trees’ achievement, ‘It is immensely important for landscape architects and all other built environment professionals for that matter to consider the sustainability of any material that they specify, and this includes plant material. Trees have the capacity to offset carbon emissions resulting from the production of the other materials used in a project, and this can only be increased if growing them and getting them to site can be a carbon-neutral process.’

Anthony Wain, MD of Planning Partners, concurs. ‘It’s a significant step for Just Trees, especially given the fact that what they produce already is carbon-reducing anyway. To achieve a carbon-neutral status in their business and the running thereof is a double-whammy.’

Oliver Ryder, Director of Just Trees explains the philosophy behind the Just Trees’ team by saying that achieving carbon neutrality is the company’s first step of action and, hopefully acts as a ‘persuasion to action for others’. ‘It’s a consciousness and the more people we can draw into the net –  from suppliers to customers to other nurseries in the industry and to consumers – the better.’

Having been through the process themselves and with Oliver Ryder being a registered carbon footprint assessor with the Carbon Protocol South Africa, Just Trees is now able to assist companies with quantifying and analyzing their carbon footprint; coming up with ways to reduce inefficiencies and offsetting their footprint through the planting of trees for and by accredited organizations such as Food & Trees for Africa. 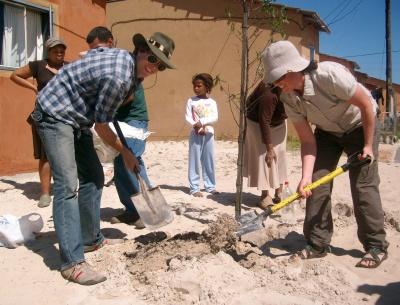 In addition to being involved in projects such as Greenpop and the Cedar Restoration Project, Just Trees plans to further ‘green’ their nursery by, ultimately, moving all power to renewable, green energy sources and to, where possible, utilise the science of biomimicry (the study of Nature) to ensure that everything they do and effect is conducive to life.

For a company that is in the business of selling ready-grown products, it seems that this South African nursery has just planted a seed.