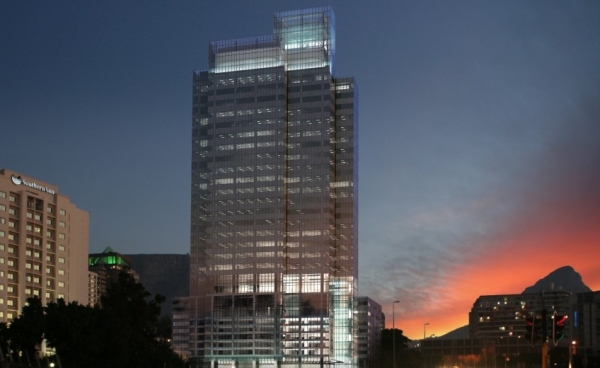 These new ratings take the total number of Green Star rated buildings in South Africa to 36, and include some impressive and significant developments; such as the Department of Environmental Affairs Head Office, which has scored a 6 Star Green Star SA rating – the highest rating possible and a first for a national government owned building in South Africa.

Hyundai’s new Head Office, situated in Bedfordview is another exciting development to receive a Green Star Rating as it signifies buy-in and commitment to sustainable practices from this large motor corporation – the first green building rating in South Africa achieved within this sector.  The Hyundai building, which achieved a 4 Star Green Star SA Design rating comprises two floors of A grade office space and one basement level, and will accommodate 200 fulltime employees.

Another notable rating is that of the 9000m2 Chevron Project CORE building, situated in Century City in Cape Town, which achieved a 5 Star Green Star SA Design rating – an exciting indication of the shift in mindset towards green business practices from one of the leading refiners and marketers of petroleum products in South Africa – Chevron South Africa.

The impressive Portside building, which achieved a 5 Star Green Star SA Design rating, is a joint initiative between Old Mutual and the FNB Bank, and is set to become an impressive landmark tower in the Foreshore area of Cape Town’s CBD – featuring 32 floors, over 52 000m² of office space and 1 200m² of retail and banking space.

The Lakeside Office Park in Centurion, which is a redevelopment of the Meerlus building, not only scored a 4 Star Green Star SA Design rating, but also recently won the (SAPOA) Innovative Excellence Award for Green and Industrial Property Development.  Located opposite the Centurion Gautrain Station and with easy access to the national roads network, the building offers over 5000m2 of lettable space for tenants seeking proximity to major transport nodes and other amenities. The building is the first of three to be developed in the Lakeside Office Park.

All buildings within the precinct will be required to achieve, at a minimum a 4 Star Green Star rating – and it is the first project in Africa to be registered with the Clinton Climate Initiative, a stringent rating mechanism evaluating the carbon neutrality of a project.

“The GBCSA is very encouraged to see this spike in the number of buildings achieving Green Star SA ratings,” says Brian Wilkinson, CEO of the Green Building Council of South Africa.  “We are confident that the green building movement in South Africa will continue this upward trajectory and that we will increasingly see green building practices becoming the norm.  The industry is embracing this absolutely necessary shift towards sustainable practices and it is exciting to be part of this change.”