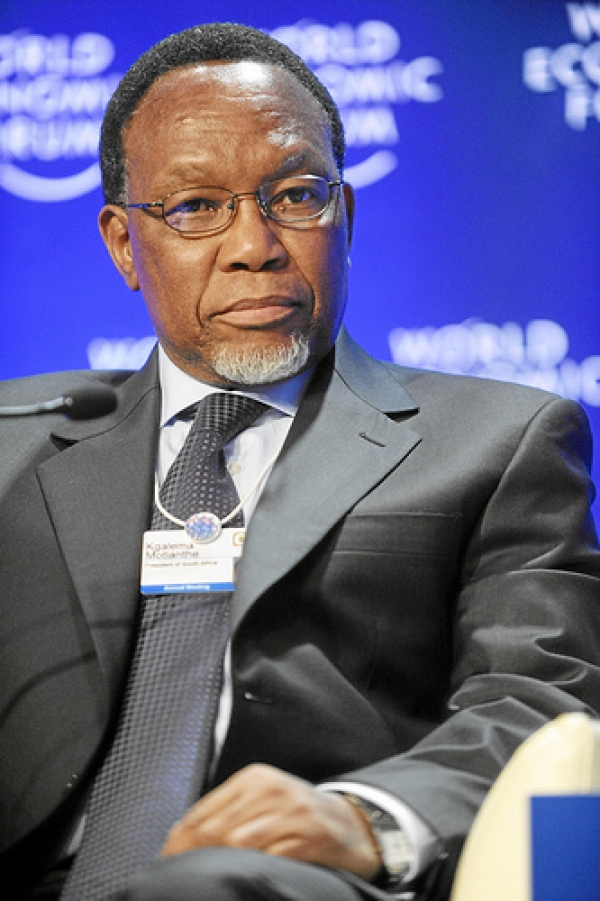 South Africa’s Green Economy Accord was launched at the COP17 talks in Durban today. The Accord, one of the most comprehensive social pacts on green jobs in the world, builds a partnership to create 300 000 new jobs by 2020, in economic activities as diverse as energy generation, manufacturing of products that reduce carbon emissions, farming activities to provide feedstock for biofuels, soil and environmental management and eco tourism.

In his opening speech at the Conference, President Jacob Zuma referred to the Accord as a key example of the steps being taken locally to address the challenge of climate change, drawing on the strong traditions of social dialogue.

Deputy President Kgalema Motlanthe (pictured) yesterday signed a pledge on the green economy in support of the Accord.

Minister of Economic Development, Mr Ebrahim Patel, pointed to the solar water heating system as an example of the green economy’s developmental benefits.

“COP 17 is an opportunity for us to share our experience and to learn from the rest of the world on successful examples of using new technologies and new ways of engineering our workplaces, homes and transport systems to ensure that we make a positive contribution to climate change goals”, he said.

The Green Economy Accord was signed at South Africa’s National Parliament on 17 November 2011 in Cape Town by representatives of the South African Government, business representatives, organised labour and the community constituency.

Commitments to a greener economy

The Accord includes commitments by stakeholders toward a greener economy in South Africa. At the same time, the parties will work together to ensure that the process of greening the economy promotes employment creation and improves conditions for the poor in particular.

Critical commitments relate to increased use of renewable energy through generation for the national electricity grid as well as mass installation of solar water heaters; expanded production of clean stoves for South Africa and the continent; support for biofuels through regulatory measures and assistance to small farmers; investment in mass transit and to shift freight from road to rail; establishment of various finance facilities for green projects; a target of 80% of new jobs to go to young workers, who face high levels of unemployment; and support for school programmes on the environment.

Specific commitments include the following.