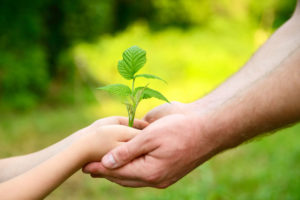 The Green Party of South Africa’s manifesto is inspired by the fundamental right of justice to all, as manifested in the values that are shared by Green Movements around the Globe. In particular, the Ten Key Values of the Green Committees of Correspondence, as applied to the unique South African political, social and economic environment.

1. A System that Works

It is a fundamental right of every human being to have a say in decisions that have an impact on their lives; no human being should be controlled by the will of another. A successful democracy depends on society that participates in every aspect of government. Elected representatives should be accountable to the people that elected them. The mind set needs to change, a government of any kind is in service to its people and NOT in power over or in control of. The modernisation of the democratic process, made possible by technological advances must be a priority – thereby directly including people at grassroots level in decision-making. Truly fair elections where every possible effort is made to rule out corruption is necessary. This includes current policy that favours political parties who can spend large amounts of money on campaigns. The cost associated in participating in the general elections is a preventative barrier for most small political parties. For participatory democracy to function in a manner that is satisfactory to the population rather than a monetary economy, voters should be enabled to make informed choices. Education is fundamental to an effective and fair democracy free from corporate control. Collaboration between various movements and political parties must be encouraged to formulate the most effective solutions.

All humans have the right to benefit equally from the resources afforded us by society, personal effort and the environment. There should be no place for discrimination and exploitation. This includes any discrimination by race, class, gender, sexual orientation, age, nationality, religion, or physical or mental ability that denies fair treatment and equal justice under the law.

We need to forge an understanding that we are part of nature and that our actions influence the planet’s ecological balance. A sustainable society utilises resources in such a way that future generations will benefit and live in a greater more abundant world, not suffer from the practices of our generation. This will require us to live within the ecological and resource limits of our communities and our planet. Amongst many changes that must be made, agricultural practices should be geared towards sustainability where the soil is replenished and where the maximum capacity of food production with the minimum use of resources is achieved. Transparency in all forms of food production should be mandatory, and information about the full environmental impact and the process involved should all be readily available to any member of the public. Regulations should be agreed upon by the public and not industry regulated. Energy production needs to be reformed, and steps that increase the ever-growing problem of nuclear waste should be avoided. Other resources should be utilised efficiently and wastage greatly reduced

Too much power and wealth in the hands of the few contributes to corruption, destruction of the environment and other types of social injustice. We will seek to shift political decision-making towards individual and local level. People should have a greater and more direct say in how resources are utilised and distributed. We recognise that economic and social disparities should be addressed, local and cultural communities should have a strong say in matters such as schools, development, security and environmental protection in their areas. A greater focus should be put on empowering people to live as independently from any form of government as possible, if they choose to do so. Participation in any system should be voluntary and based on a decision made by weighing the pros and cons as objectively as possible. Participation should not be based on a forced reliance. It is noted that as a collective we can be more productive, and efficient, but individually we must be capable of sustaining a pleasant lifestyle.

The development of respectful relationships across the human spectrum is to be encouraged. This includes respect for cultural, ethnic, racial, sexual, religious and spiritual diversity in South Africa and the entire African continent. It is important that the diverse elements of our society should be recognised and be reflected at all levels of decision-making. We believe that a system that recognises our diversity, in terms of political and economic decision-making, is conducive to social harmony and peaceful coexistence. In addition, we will promote an understanding of all life forms, differences in social and economic structure, cultural practices and history thus increasing the likelihood of respect, tolerance and compassionate and empathetic decision making. There should be increased attention to the preservation of biodiversity.

Employee ownership and workplace democracy will incentivise greater productivity and is a fairer system of wealth distribution. It is unacceptable that only a small number of people, especially those outside the African continent, reap the benefits of our continents resources, while people here live in relative poverty. We believe that a more stable society will emanate from such cooperative business strategies, where the conflict between the “haves” and the “have-nots” will be minimised. A system where basic economic security is provided for all, both in the shorter term and the longer term where technological advances are bound to change patterns of employment and economic participation needs to be designed to specifically meet the needs of our society. We support restructuring our patterns of income distribution to reflect the wealth created by those outside the formal monetary economy – those who take responsibility for parenting, housekeeping, home gardens, community volunteer work, and the like. We believe that the size and concentrated power of corporations should be restricted, while still encouraging efficiency and technological innovation.

A holistic approach is necessary to positively influence our society’s current patterns of violence. This includes education and economic and social inclusion. Preventative measures should be taken to decrease the instances of violence by treating the root of the problem and not just the symptoms. The question asked must always be “Why?” In the interim we recognize the need for self-defence and the defence of others who are in danger, responsible, transparent and effective policing is required. The police are not and should not ever be weapons of the state, they should hold no loyalty to any political, economic or religious movement and should be focused mainly on the protection of and assistance to vulnerable members of society. We believe in open borders for people that can make a positive economic, social and ecologically friendly contribution towards our society, while recognising that South Africa’s economically marginalised communities need greater assistance and should be the focus of any current social development campaigns. Stability and security needs to be firmly established initially. It is noted that collaboration with all the African states will be greatly beneficial in creating a stable, prosperous continent. We should play an active role in the international community to work towards demilitarisation, reduction of violence and the elimination weapons of mass destruction worldwide, without unnecessarily contravening the sovereignty of any nation.

Our current cultural and economic ethics are conducive to domination by certain sections of the population, manifesting in various ways. A well-informed society that understands this could have a greater capacity to react in a way that would be morally just. Everyone’s perspective is different, the hope is that we all try to see everything from all possible angles, and collectively develop a strategy that not unjust to any sector of the population.

We believe that global coordination and participation is necessary to establish a sustainable global system where ecological balance and social harmony prevails. We will strive to be part of the efforts of organisations and individuals around the world to foster peace, economic justice, and the health of the planet.

We should create an environment that is friendly and healthy for both the current and future generations. Decision-making should be motivated by long-term goals. Productivity and responsible management of non-monetary resources including man power must always be a concern, technological advancements must be welcomed, and any government must be aware of the vital need for social reform in preparation for the an even larger wave of the technological revolution. People must be prepared for the changing roles in society, and be in a position to welcome robot automation. It is the way forward. A sustainable economy is one that does not depend on perpetual expansion for survival. The drive for short-term profits in decision-making is harmful, the motivation should always be social progression. The goal for our society should be to improve the quality of life for all, instead perpetual and uncontrolled economic growth. The focus of future thinking, policy and education should be to create a sustainable future and to counterbalance current short-term economic thinking and actions to create a future where people are driven by a need for excellence and advancement, compassion, and the pursuit of happiness instead of economic survival.