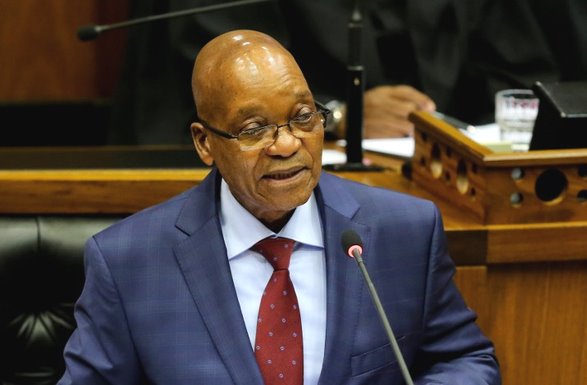 Government will implement ocean economy projects which are expected to contribute more than R20 billion to the Gross Domestic Product (GDP) by 2019.

“Going forward, delivery units have been established in the lead departments to drive the implementation of the detailed delivery plans. We will achieve the growth and the jobs we need in the economy,” President Jacob Zuma said.

He said progress on the ocean economy initiatives would be monitored on a weekly basis by the Department of Planning, Monitoring and Evaluation.

President Zuma was speaking in Durban during the open day of Operation Phakisa, which promotes economic growth and job creation in line with the goals outlined in the National Development Plan.

The open day was an opportunity for the President to release the results of weeks of exploratory work of unlocking the country’s ocean economy.

The operation is an adaptation of the Big Fast Results methodology that was successfully applied by the Malaysian Government in the delivery of its Economic and Government Transformation Programmes.

President Zuma said the oceans have the potential to contribute up to R177 billion to the GDP and create just over one million jobs by 2033.

30 exploration wells to drill for offshore oil and gas

The work stream on offshore oil and gas exploration has set a target of drilling 30 exploration wells in the next 10 years.

The aquaculture work stream underlined the high growth potential of South Africa’s aquaculture sector due to an increasing demand for fish.

Eight initiatives that could spur growth in the sector have been identified.

One of the initiatives includes implementing 24 projects across South Africa, which are expected to grow the aquaculture sector’s revenue from about R500 million today, to almost R1.4 billion in 2019.

President Zuma said the marine protection services and ocean governance work stream has undertaken the task of developing an overarching, integrated ocean governance framework for the sustainable growth of the ocean economy.

“The plan entails the protection of the ocean environment from all illegal activities and to promote its multiple socio-economic benefits with results by 2017.

“The team also proposes the delivery of a National Marine Spatial Planning Framework in order to enable a sustainable ocean economy by December 2015,” he said.

President Zuma said work on an Ocean Act was in progress and a draft Oceans Bill would be ready in 2015.

“The Oceans Act will provide a clear foundation for marine spatial planning,” he said.

The marine transport work stream has developed 18 initiatives across three categories, including infrastructure and operations, skills and capacity building as well as market growth to accelerate sector growth.

“Some of the initial targets drawn up include firstly, an increase in the local manufacturing capacity through a 10 percent increase in the usage of local components for boat and ship building.

“Second, is an increase in the ship repair capacity in Richards Bay, thus creating 200 direct jobs,” he said.

Another target included increasing the amount of minerals exported on South African ships, which would create more than 4 000 direct jobs.

President Zuma said some of the progress made included the process of establishing a National Shipping Company in partnership with South Korea.

He said Operation Phakisa represented a new spirit of moving faster in achieving a growth target of five percent by 2019.