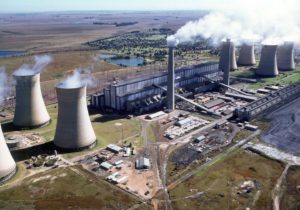 In the wake of a new bout of load-shedding, the long-overdue Integrated Resource Plan for Electricity (IRP) was finally published for implementation today – following nearly a year of deliberations, behind closed doors, at the National Economic Development and Labour Council (NEDLAC).

The Life After Coal Campaign (LAC) and Greenpeace Africa (GP) are appalled to note that the new IRP forces in 1500 MW of dangerous, expensive, and unnecessary new coal-based electricity: 750 MW in 2023 and another 750 MW in 2027. This is an addition of 500 MW since the last draft made available to the public in August 2018. The intensifying climate strikes and the UN Secretary General’s repeated appeal for “no new coal power plants after 2020 ” serve as a stark warning to South Africa – the reduction of greenhouse gas (GHG) emissions must be prioritised if we are to have any hope of addressing the existential threat of climate change. The President promised action to address the climate crisis, but this final IRP suggests that this promise was empty.

Moreover, the new IRP wilfully ignores all evidence that there is absolutely no need for new coal in the future electricity mix – it does not form part of a least-cost electricity plan for South Africa. Any new coal capacity will simply add to rising electricity costs and further exacerbate inequality and the economic downturn in South Africa. Coal plants built in the 2020s will be scheduled to run well past any reasonable deadline for zero carbon emissions, and are likely to be abandoned as stranded assets long before they are paid off. “There is no reasonable basis for building new coal plants when the technology and costs are clearly in favour of renewables and flexible generation” says Makoma Lekalakala of EarthLife Africa. “We no longer need to choose between clean and cheap electricity – clean energy is an affordable, healthy and feasible alternative.”

The effects of the climate crisis (droughts, floods, rising temperatures and fires) already impact countless lives in southern Africa and cost the fiscus billions. This is quite apart from the severe health impacts caused by coal-fired power stations.

“A decision to build new coal plants, and thus expose South Africa to further climate risk and impacts, is a clear violation of the Constitutional rights to human dignity, life and an environment not harmful to health and wellbeing” says Robyn Hugo of the Centre for Environmental Rights.

South Africa faces trillions in transition risk costs as a result of the delays in sufficiently and timeously tackling the move away from fossil fuels. The IRP could – and should – be a golden opportunity to clearly delineate a Just Transition path for the country. Bold and decisive action is required to eliminate electricity sources that exacerbate our country’s triple challenge of poverty, inequality and unemployment. Instead, the updated IRP will exacerbate the current power cuts, by its irrational selection of risky coal technologies that cannot contribute to energy security for many years.

“The new IRP is an obvious attempt to serve the few vested interests in the fossil fuel sector, at the expense of many”, says Bobby Peek of groundWork.

“This IRP contradicts the urgent need for a Just Transition and is completely out of touch with reality. South Africa is already a global air pollution hotspot because of the country’s almost complete reliance on coal. The IRP’s irrational increase in the use of coal will only result in yet more deadly toxic air, while wasting precious water resources and pushing us closer to the brink of complete climate chaos”, says Happy Khambule, Senior Political Advisor for Greenpeace Africa. The government is already facing legal action, in the “Deadly Air” litigation launched by the Centre for Environmental Rights on behalf of groundWork and Mpumalanga community organisation, Vukani Environmental Justice Movement in Action, for its failure to protect the health and rights of communities living in the Highveld from the severe air pollution impacts of coal-fired power and industry.

It is understood that the IRP’s allocation for new coal is intended predominantly for the two “preferred bidder” coal independent power producers (IPPs) – Thabametsi (Limpopo) and Khanyisa (Mpumalanga Highveld). These ill-fated projects face a mountain of obstacles – both in relation to their environmental approvals and to their funding. Instead of simply abandoning these costly coal plants (as the Department of Mineral Resources and Energy is within its rights to do), government irrationally continues to grant extensions of the projects’ commercial and financial close deadlines.

LAC and GP maintain that the inclusion of new coal in South Africa’s future electricity plans, is a clear violation of the Constitution. The organisations also argue that a fair process of determining a new IRP demands that communities affected by the harmful impacts of coal-fired power generation must be adequately consulted, and their voices heard. This has not been done, which makes this IRP fatally flawed.

Reasons for the decision to include new coal capacity in the IRP will be requested from Minister Gwede Mantashe in terms of the Promotion of Administrative Justice Act, and the response will inform further legal action.