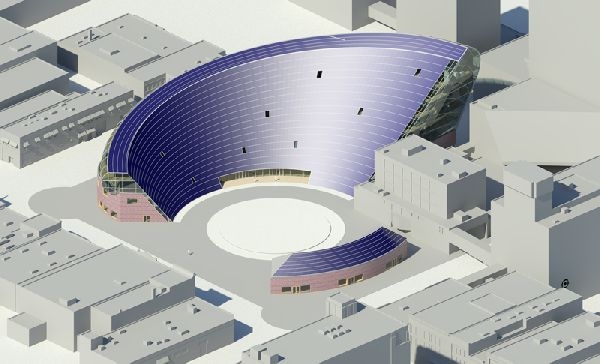 Solar energy, one of our most abundant locally sourced energy resources, plays a critical role in South Africa today. Experts are therefore welcoming the growing interest by developers and investors.

The full potential of solar and its competition position as an alternative energy source still requires extensive exploration. According to Edwin Koot, CEO of leading global solar energy conference organizers, Solarplaza, local companies need to determine how they can tap into solar without depending on government tenders and subsidies.

Speaking about the upcoming February 2013 conference entitled The Solar Future, Koot comments, “We will also pay attention to how solar, as an alternative energy source, can be best marketed – a key element in its successful development.”

He continues, “Having organised over 40 of these conferences around the world, last year’s first SA conference was a tremendous success. We were impressed by South Africa’s ambition, commitment and involvement, and it bodes well for the future of solar in the country. A return conference for 2013 was therefore a no-brainer.”

Koot notes that Solarplaza is determined to make the second edition of The Solar Future South Africa, which will take place in Cape Town this time, bigger and better. Last year’s event drew over a hundred high profile business leaders, global energy experts, and representatives from government.

Some of the parties that have confirmed their attendance for February’s event include representatives from the Department of Energy and Eskom, international solar PV guru and entrepreneur Jigar Shah, and Dick Berlijn.

Berlijn, managing director of Pretoria-based solar electricity development firm Subsolar Energy and a returning speaker, says: “The 2012 conference was a balanced event that provided a platform for constructive discussions on solar lessons learned in other countries and the opportunities that lie in South Africa.”

Berlijn is most looking forward to the sessions that deal with solar beyond the subsidized programs. “As an industry we have to prove our sustainability and we need to ensure that we create new business cases, and reach new off-takers so we are no longer dependent on government programs,” he says, noting that conferences like The Solar Future are necessary in South Africa where plans for large-scale solar projects are yet to be put into practice.

“We received a collective 8 on the scale of 10 from the participants at the January 2012 event. It was one of our most successful solar conferences to date. We’re coming back to do even better,” Koot concludes.

For more information and to book your place, visit www.thesolarfuture.co.za.

The Solar Plaza Fargo (located in North Dakota, USA) is a good example of how architecture can be utilized for sustainable development. Set up in a unique parametric design, the Solar Plaza has a sweeping solar panel surface with a glass layer covering it. Image: Ecofriend