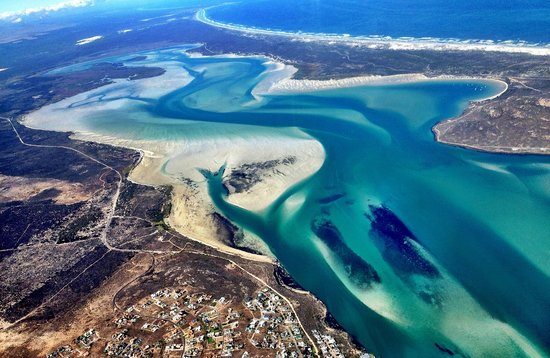 Most people associate Langebaan on the West coast of South Africa with the dramatic scenic beauty of the unspoilt tidal lagoon, its long stretches of pristine beaches and sheltered bays, providing protected waters and a temperate climate for a wide variety of leisure activities throughout the year.

However, this RAMSAR site of international importance and tourist hot spot is now under considerable threat of ecological degradation and certain economic decline from plans by the Department of Agriculture, Forestry and Fisheries (DAFF) to develop an extensive off-shore aquaculture zone in Langebaan’s bays.

Save Langebaan Lagoon Action Group has started a wide ranging campaign to draw attention to and encourage protest against this environmental and socio-economic injustice. Our role is to educate the public regarding the negative impact that this development will have on the lagoon’s ecosystem, the access to its waters and therefore the prosperity of the town.

Further, we represent the collective view of like-minded interested and affected residents and home-owners in interactions with the developers and their agents, ensuring that our voice is heard and that important environmental regulatory processes are followed. 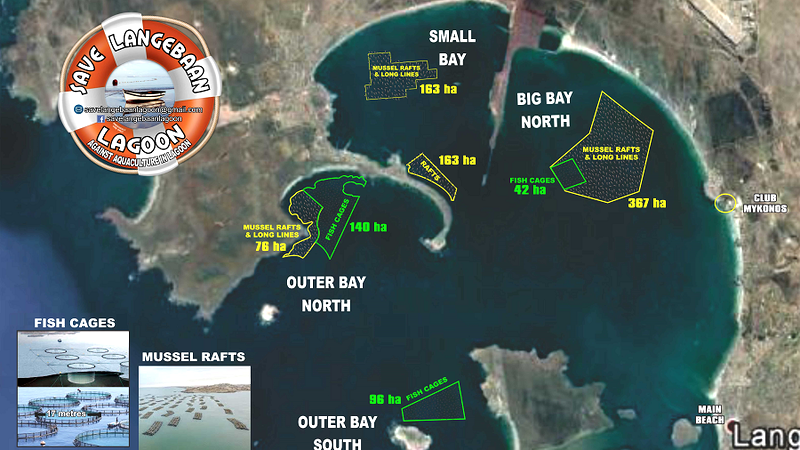 Save Langebaan Lagoon Action Group is not against aquaculture as an industry – we recognise the role that aquaculture can play in contributing to employment creation, food security and addressing the overexploitation of wild marine resources. We therefore would welcome an onshore aquaculture development in the vicinity of Langebaan. We strongly object to fin fish (and especially alien fin fish) and mussel farming in Langebaan’s waters, which will unduly compromise the numerous ecosystem services that the lagoon provides to the Langebaan community.

Situated in the South African Cape West Coast Biosphere Reserve, Langebaan is a birding destination of international repute. The extensive intertidal area of the lagoon supports up to 55 000 water birds in summer, most of which are waders. The five islands to the north of the lagoon provide a home for nearly a quarter of a million sea birds, and include important breeding sites for endemic populations. 12% of the global population of black oystercatchers are found in the Langebaan area. Fish farming operations and infrastructure will adversely impact habitats, breeding patterns, flight paths and access to food and place these sensitive avian colonies at high risk.

The lagoon and the surrounding bays provide a multi-purpose recreational zone and as such attract large numbers of holiday makers, as well as local and international water sport events. The vibrant town of Langebaan continues to experience high growth rates, as increasingly South Africans choose to make this town their permanent or second home. The tourism, hospitality and building industries are booming, with a resultant escalation in work opportunities, in contrast to many surrounding rural towns. The fortunes of these sectors and those who work in them will be severely affected by scores of floating fish factories in Langebaan’s bays. 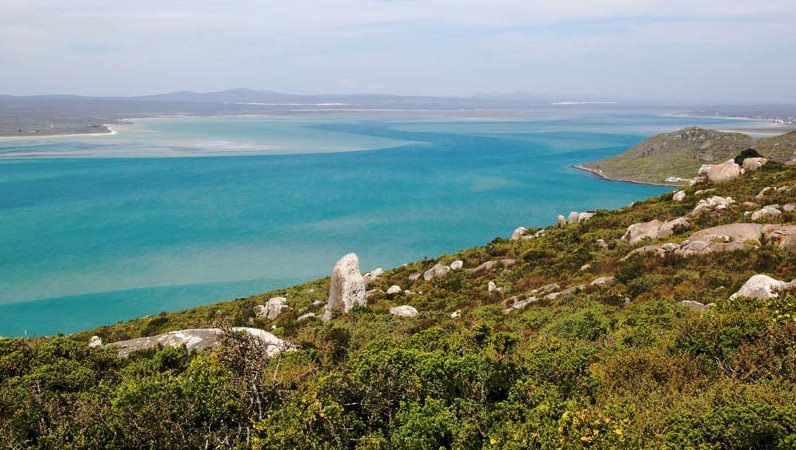 Whilst the current environmental assessment report, commissioned by DAFF, suggests mitigations for a host of identified risks, it falls abysmally short of setting out a rigorous, mandatory, proactive plan, with independent oversight mechanisms, to comprehensively prevent such risks eventuating. The planned development, sited in a shallow and sensitive lagoon system, presents inherently disproportionate risks of creating numerous long-term ecological and therefore socio-economic damage.

Aquaculture is promoted by DAFF as an opportunity for job creation. However, the information available re employment creation as a result of this particular venture, indicates that the number of new permanent jobs predicted pales into insignificance in comparison with current employment statistics in the hospitality and tourism sectors of Langebaan – both high growth sectors for the foreseeable future.

Further, DAFF emphasises the imperative of food security as a motivation for the development: Of concern, fin-fish farming of alien species (e.g. Atlantic salmon) is a major focus of the aquaculture development zone, with much of the harvest destined for higher LSM markets. Whilst this will yield economic benefits, it is disingenuous and opportunistic to use our country’s challenge for food security to justify the farming of stocks that will not benefit the poor. A more responsible approach would be to consider the threat to food security that occurs when healthy ecosystems, like the Langebaan Lagoon, are degraded beyond rehabilitation.

If the proposed development is not stopped, the iconic expansive, uncluttered vistas of tranquil turquoise waters will soon be industrialised and visually polluted by fish and mussel farming infrastructure spread across 884 hectares of marine area. Largely unrestricted enjoyment of these waters will become curtailed through no-go zones around the fish farms and the likelihood of no-access days due to toxic effluent contamination. The sustainability of the richly diverse ecosystem of the Langebaan lagoon, and the welfare of the communities who live on her shores, is inextricably dependent upon the health of this valuable wetland system.