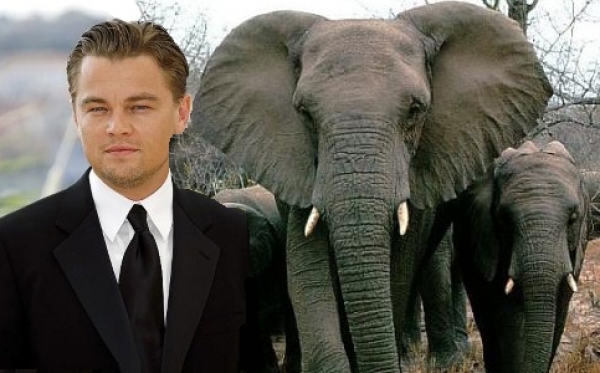 It’s a known fact that hollywood heartthrob Leonardo DiCaprio, along with being an extremely talented actor is a hardcore environmentalist. Check out this message he posted on the Avaaz activist site:

Across Africa, elephants are being slaughtered by poachers in record numbers – and their tusks hacked off with chainsaws – to make luxury items, statues and trinkets in Asia. But in days, Thailand will host a key global summit on illegal trade in endangered species, giving us a rare chance to stop this futile massacre.

Thailand is the world’s largest unregulated ivory market and a top driver of the illegal trade. They’ve been in the hot seat for years, yet so far little has been done to clamp down on their role in the elephant attack. But Thai Prime Minister Yingluck Shinawatra has just announced that she is considering a total ban of all ivory. That’s why we started a global petition on the Avaaz site, to give this campaign the last push it needs to win.

This is the best chance we’ve had in years to have a meaningful victory for Africa’s elephants – we just need to put people power behind it. Join me now to stop the bloody ivory trade. Sign the urgent petition and share it with everyone.