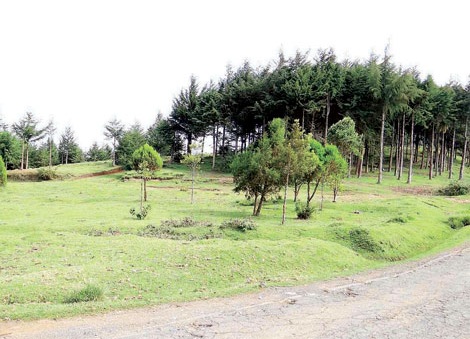 The County Government of Kiambu is seeking to conserve three major water catchment areas in the county under degradation to boost its water volumes.

The plan targets Kereita, Kinale, and Kieni forests all located in Lari sub-county that have been sources of water for major rivers flowing within and outside the county.

According to Esther Njuguna, who is the executive in charge of Water and Natural Resources in the county, the forests have been degraded due to human encroachment.

This, she said has led to reduction of water volumes yet water is regarded as the county’s black gold. The other adverse effects, she said, include climate change, floods and droughts due to loss of water catchments which in turn affected the county’s development.

Already, a marathon is set for this Saturday with the aim of conserving Kereita Forest (picture above), which serves Kiambu, Nairobi and Nyandarua counties.

The race will take place inside Kereita, making it the first of its kind and will attract renowned athletes including Kiambu nominated Member of County Assembly and World Paralympics Marathon Champion Henry Wanyoike, as well as renowned athlete, Stanchat Marathoner Kenneth Mungara and Boston Marathon champion Wesley Korir, who is also Cherengany MP.

100,000 trees will be planted on the day and funds raised will be used to plant more trees to ensure the forest which is also a home to wildlife and a tourist site reclaims its glory.

Dubbed “Save the Lari Forest Marathon” the event is aimed at creating awareness on the urgent need to conserve the expansive catchment area.

Kereita forest, which is part of the Aberdare forest, is the source of River Gatamaiyu which feeds residents of Githunguri through Komothai water project and Fathi River. “

Building a reserve for water dispersal

Recently, Gatamaiyu river had dried up and Fathi had its water volumes go down and this has been as a result of the deforestation in the forest,” Ms Njuguna said.

With an increase in water volumes Governor William Kabogo said they would set up infrastructure for the water to be used for irrigation in Lari and surrounding areas.

“We will build a reserve on the area, which is hilly, so water can flow by gravity to Lari, Limuru and other areas to be used for irrigation as we move to tackle food insecurity,” Mr Kabogo said.