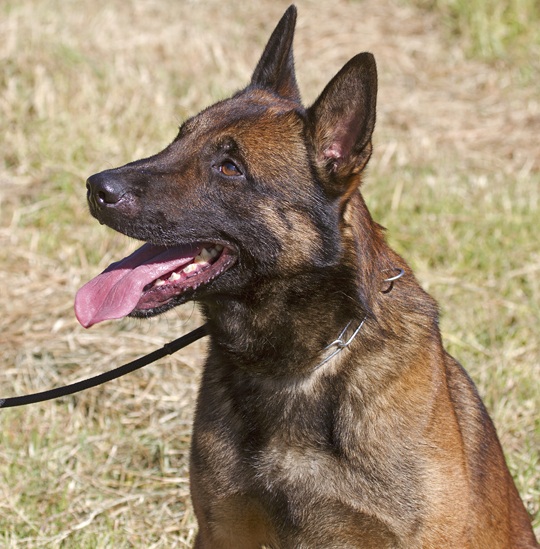 Rico, the Endangered Wildlife Trust’s (EWT) two-year-old Belgian Malinois sniffer dog, has been hard at work foiling the efforts of wildlife poachers trying to smuggle contraband through O.R. Tambo International Airport. Rico (photographed, right) recently flagged a suspicious package and, once law enforcement officers and other sniffer dogs were brought to the scene, ivory and elephant skin were discovered in the consignment. The case is currently under investigation. Rico has also been instrumental in another recent bust of rhino horn and this too is under investigation.

Building on this success, and in order to further bolster the battle against poaching, the EWT last month introduced three new sniffer dogs to their arsenal. Rico (photographed below) was joined by Heddi, Renaldo and Condor, who flew in from Germany and will be trained as sniffer dogs.

Rico, Heddi, Renaldo and Condor have been deployed as part of a partnership between the EWT and the African Consultancy for Transportation Security (ACTS), a cargo screening company that uses sniffer dogs to detect explosives in transit. The canines form part of the EWT’s strategy to quell the rampant rhino poaching and illegal wildlife trade by preventing wildlife contraband from leaving the country.

The rhino poaching crisis has demonstrated that there is no single solution to addressing illegal wildlife trade. For this reason the EWT is implementing interventions at several stages in the poaching and wildlife trade chain, including the deployment of highly trained sniffer dogs at various ports of entry and exit, and the training of airport and border control officials on correct procedures to follow when dealing with wildlife smuggling cases.

According to Kirsty Brebner, the EWT’s Rhino Project Manager, “The deployment of three additional dogs will contribute to increasing the detection rate of wildlife contraband and therefore, the risk associated with wildlife crime and rhino poaching specifically. With increased detection comes improved arrest and prosecution rates and hopefully, a reduction in poaching through deterring individuals involved in organised crime.”

Rico, Heddi, Renaldo and Condor are funded through the Hans Hoheisen Charitable Trust Fund, administered through BOE. Bidvest Magnum has also recently come on board to generously sponsor the operational costs for the dogs as well as by donating two vehicles to the project.