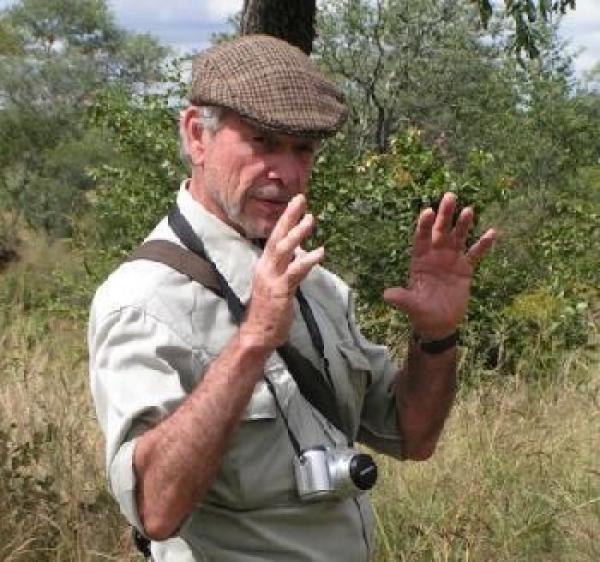 Allan Savory and his African Centre for Holistic Management International was announced as the winner of the Buckminster Fuller Institute’s 2010 Challenge for their surprising trimtab approach to reversing desertification, called “holistic rangeland management.”

Allan Savory has spent the last 50 years refining and evangelizing for a method of reversing desertification that he calls “holistic management.” The African Center for Holistic Management, an NGO he helped found, will take home a $100,000 grant.

The Buckminster Fuller Challenge is meant to award big, sweeping solutions to seemingly intractable problems. As the Institute’s executive director, Elizabeth Thompson, told FastCompany.com, “The approach was pioneered by Fuller. We’re looking for strategies that solve multiple problems at once, not just surgical implementations that don’t address the root problem.”

Savory’s work fits the bill. By combating desertification in Africa, he argues that families are able to once again earn a living from the land; that in turn reduces poverty and violence. “Allan is an absolute pioneer in ecological design,” says Thompson. 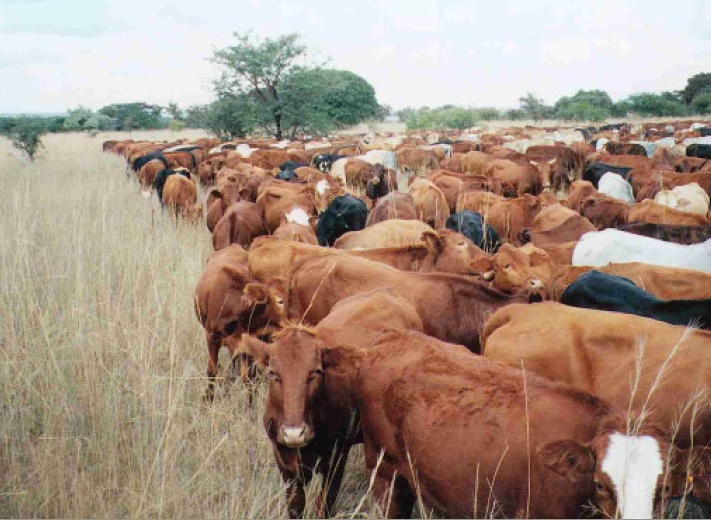 But Savory’s prescription seems shockingly simple – and it’s taken him 50 years of work to convince others that he’s not crazy. The core of Holistic Management is simply grazing local livestock in super dense herds that mimic the grazing patterns of big-game (which have since disappeared). Those livestock in turn till the soil with their hooves and fertilize it with their dung–thus preparing the land for new vegetation in a cycle that was evolved over millions of years.

Surprisingly, that flies in the face of modern wisdom about land management – the typical response is to rest land completely, and livestock are often named as the chief culprits in desertification.

“We’ve been ridiculed for 50 years,” says Savory. But he argues that examples from around the world show that resting the land doesn’t prepare it for the return of vegetation – instead, it simply remains barren, with rain simply running off soil that stays cracked and dry. “But when you range animals correctly, the land starts returning,” he says. “The only thing that can do it is a heavy herbivore with a wet gut.” 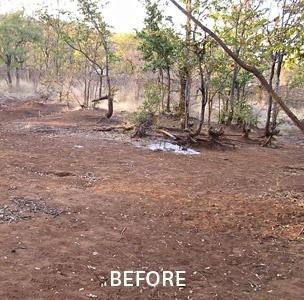 6500 acres of land transformed in zimbabwe

Savory and his team start by educating farmers about how to move their herds, and how to plan their herding routes in a way that gives all the land adequate rest between intense grazing and trampling. The method has been deployed everywhere from the Northern Rockies, between Montana, Wyoming, and Idaho, to Australia’s outback. But perhaps the biggest success has come in Zimbabwe, where Savory’s African Center for Holistic Management has transformed 6,500 acres of land. There, even though livestock herds have increased by 400%, open water and fish have been found a half mile above where water had ever been known during dry season.

As for the Buckminster Fuller Challenge, this is the third time the award has been given, as part of a five year trial run funded by an anonymous donor. Thompson, the institute’s director, believes that each year, the solutions have gotten better. “I think the increased interest we see is based on people looking at the catastrophes all around us, and realizing that our solutions aren’t working,” she says. 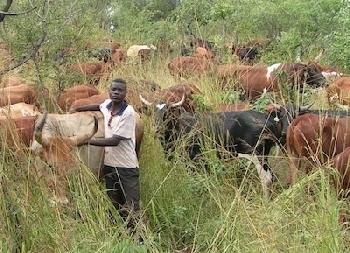 Desertification is occurring on 25% of the land area of Earth, degrading 73% of the world’s rangelands and causing widespread poverty. By reversing desertification, we could create innumerable positive consequences: mitigating climate change, droughts and floods, and reducing poverty, social breakdown, violence and genocide. Yet most attempts to date have not only been ineffective, but have been band-aid solutions that do not address its real “root” causes.

Savory’s counter-intuitive theory is based on a simple insight to one of nature’s principles: grasses can’t graze themselves. Because herbivores co-evolved with perennial grasses, these grasses depend on herbivores to help them with their decay process. Without large herbivores grasses such as Kudu and Cape Buffallo decay very slowly through a process of oxidation and physical weathering. Millions of tons of vegetation are left standing, dying upright. This blocks light from reaching the growth buds (which are low enough to keep them out of grazing harm) so that the next year, the entire plant dies. The death of grass leads to bare ground, and desertification increases.

By reintroducing and increasing the number of herbivores, the plants are kept alive – both through the herbivores grazing, and through their tendency to pack tightly into large herds (in order to avoid wildlife predators). Traveling in large herds means the herbivores trample and chip soils in the way that a gardener does to encourage plant growth, while also fertilizing the soil with concentrated levels of nutrient-rich animal wastes. Much like Buckminster Fuller said, “Pollution is nothing but the resources we are not harvesting.” This approach aligns itself with nature in a comprehensive way – increasing plant growth while regaining livelihoods through additional livestock, and increasing wildlife populations through holistic management. 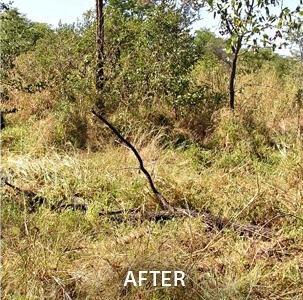 As an exemplar of true individual initiative, Allan Savory has been devoted to pursuing and developing his revolutionary approach for quite some time, even in the face of rejection from scientific, academic and policy circles. Yet it seems that Savory’s successes can no longer be denied. There is now a growing body of practitioners around the world who have been influenced by his lectures, workshops, and published works, and are applying his innovative management principles with great success.

Savory is now expanding Operation Hope’s reach through the internet and his own ventures. He has recently received a $4.2 M grant from USAID to replicate his work in several other African areas. The vision and persistence of Savory and the success of Operation Hope stand to create a preferred state, which few would have ever imagined possible, through holistic rangeland management.