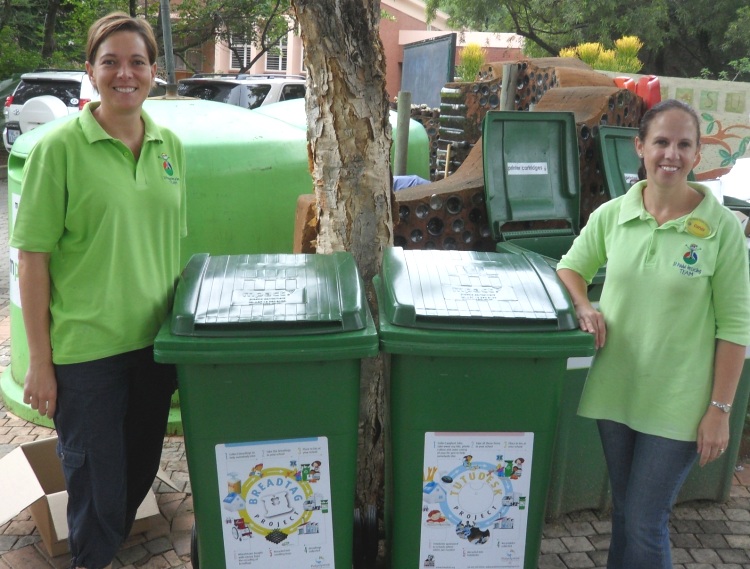 The Polystyrene Council is driving a dynamic marketing and awareness campaign of its various charity projects to schools across Gauteng.

According to PSPC Director, Adri Spangenberg, twenty new schools have committed themselves during the month of March alone to collecting breadtags and other products made from high impact polystyrene, such as polystyrene take-away trays and containers, casings used to protect appliances and products made from high impact polystyrene (HIPS), such as plastic cutlery, yoghurt tubs, and the outer casings of BIC ballpoint pens for Wheelchairs Project and the Tutu Desk Projects.

“Recycling has become part of the schools curricula and the teachers welcome any opportunity that allows kids to practically become part of a recycling project. An added motivation for them is the knowledge that they are doing something that has an immediate and very direct impact on the life of somebody who is less fortunate in need,” Adri says. 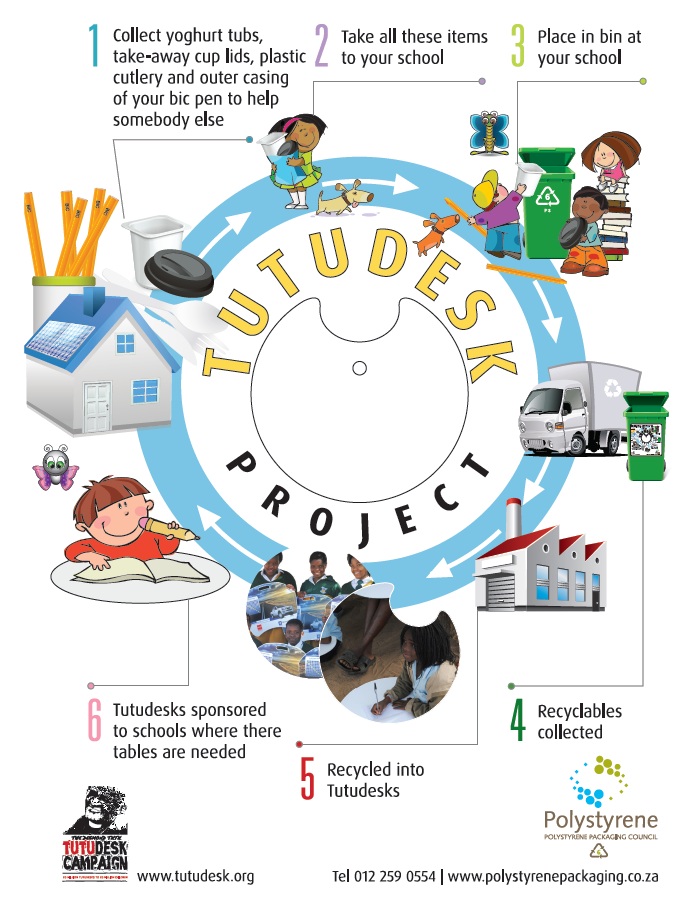 A colourful sticker is placed on the collection bins to explains recycling and the Tutu Desk project.

“We began our campaign to schools after we became aware of the fact that many of schools and the teachers or parents driving the recycling initiatives, are feeling isolated in their efforts. In fact, more than once we were told that they were on the verge of cancelling their school recycling because they weren’t aware that there are organisations such as the Polystyrene Council who could partner with them,” Adri says.

As part of the schools project, the PSPC has provided branded wheelie bins to the schools free of charge, explaining the charity project and the recycling process with fun and colourful graphics.

The PSPC also helped to put them into contact with the local waste collectors in their area, such as WastePlan or Tolblik, making sure these schools are given the necessary support and infrastructure.

Explains Adri:  “These collectors will be in regular contact with the schools and the collections of the recycled polystyrene will be made even easier once the PolyNet software has been installed at all the schools”.

“We are very excited about partnering with the Polystyrene Council and about the chance to touch and change people’s lives through their projects,” says Cynthia Snedden, Chairperson of the Recycling Village at the Saint Paulus School in Tswane. 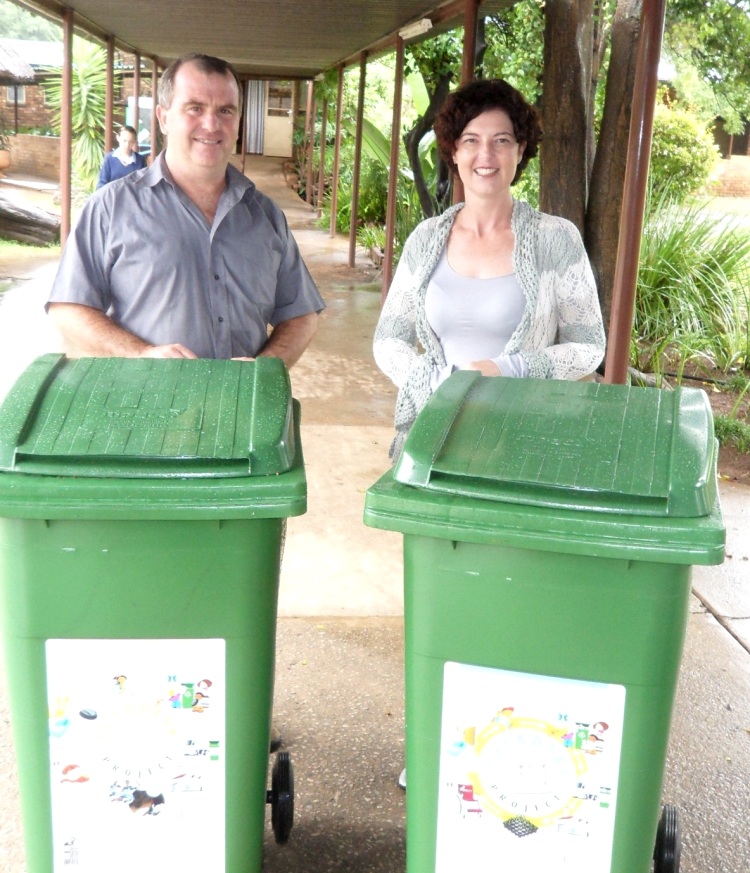 Mr Esterhuizen of Meerhof School with Adri Spangenberg of the PSPC.

“We have already identified two people in our community who are in need of wheelchairs, and will be collecting breadtags in order to purchase them the wheelchairs which they desperately need.  At the same time, we’re excited to know that the yoghurt tubs and other polystyrene we collect will go directly towards providing a school pupil with a desk to work on and gain a better education, while the polystyrene trays and containers are used to build houses for people who would otherwise not have a roof over their heads”.