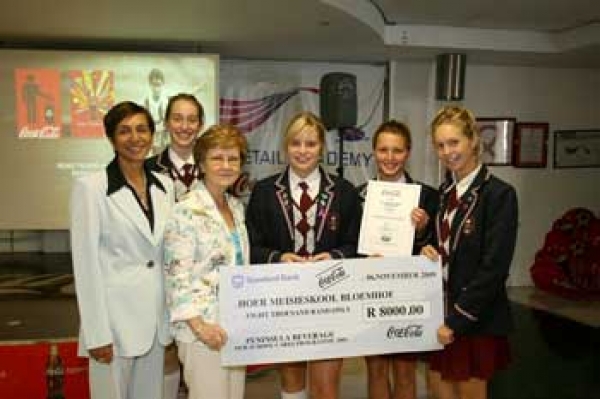 Boland schools worked hard and won most of the top prizes in the yearly Our Schools Cares/Adopt-a-Spot competition, sponsored by Peninsula Beverages. Bloemhof Girls High School from Stellenbosch came first in the senior school section and received R8000 from the sponsors. W.A Joubert Primary from Paarl came first amongst primary school entries and received R5000 at a function held at Peninsula Beverages. Rietenbosch from Stellenbosch and Paul Greyling from Fish Hoek, shared the second place and received R1500 each. Rhenish Girls’ High, also from Stellenbosch, came second in the senior section, receiving R4000. This year 34 schools participated of which 24 were primary schools. The projects had to promote environmental awareness and benefit the community and the school. Awards to the value of R23,000 were given to the winning schools. Most of the schools projects involved school waste management and cleanups of chosen areas such as a beach or parts of a river.

Learners work hard for the earth

It was the second year in a row that Bloemhof beat all the rest. What stood out was the way in which the whole school, every grade, had taken on the task of caring for the earth. There was an extensive awareness campaign, raising issues of extinct and endangered plant species and the importance of trees. They made posters on recycled paper and marched through the town chanting slogans about trees and recycling. Their tenth grade Eco-group had a green sale and the money raised contributed towards an organic vegetable garden. A display was created of extinct and threatened flower species made from cooldrink cans. After visiting wetlands they researched and learned about their importance to the eco-system.

‘One small step in recycling leads to one giant leap towards saving the earth’, was the recycling motto of Rhenish Girls in Stellenbosch. This was the driving force for their project which saw them collect over 6000 cans and bottles for recycling in the first two weeks of their project. Although Mrs. Kriel’s Recycling Team experienced many problems, they continued to motivate and encourage the whole school to participate and bring their cleaned waste to school. The eco-girls maintained their fynbos garden which they created last year. There was an awareness campaign which took students to nature reserves and river clean-ups.

They now want to set up a vegetable garden and donate fresh vegetables to the school hostel. W.A Joubert’s Land Service Club built an organic compost system. They creatively re-used Coca-cola cans to form a pathway to the compost and added organic kitchen waste to the compost. The organic compost was used as fertiliser when they planted three olive trees. The school is now planning to create a worm farm next year.

Rietenbosch primary was inspired by Michael Jackson’s `Heal the World` song. For them, healing could be achieved by cleaning up the environment. Their project was the adoption and clean-up of a part of the river near Weltevrede in Cloetesville. The school has also planted an indigenous garden and created an extensive recycling system. Paul Greyling primary school planted a community outreach vegetable garden.

Merit awards in the senior section went to Springfield Convent in Wynberg and in the primary section to Du Noon, Milnerton, Eisleben Road, Mitchell’s Plein and Zerilda Park, Seawinds. The competition gave learners an opportunity to learn more about caring for the environment and equipped them with organizational skills. It has inspired many to make a difference. The main message? Re-cycle, re-use and reduce for a sustainable, habitable planet. 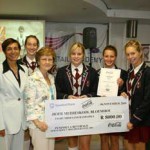 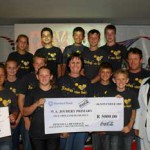