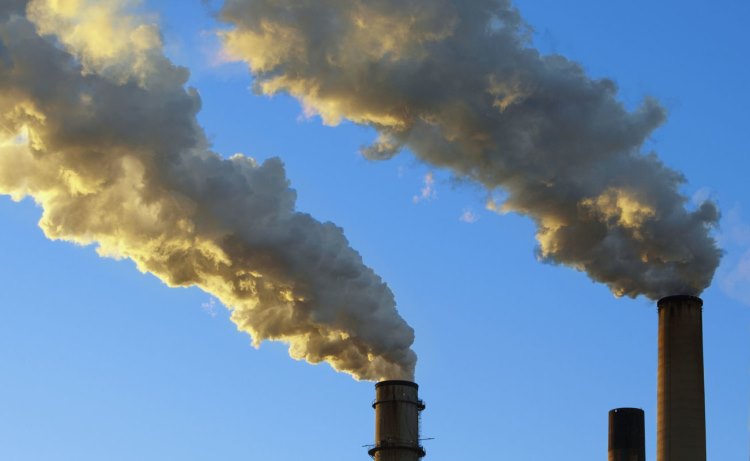 If scientists can figure out how to convert atmospheric carbon dioxide into fuel – and do it at an industrial scale – it would, quite literally, change the world. Last month, we hit the highest levels of atmospheric CO2 in 4 million years, and it’s now permanent, meaning we’ll never be able to drop to ‘safe’ levels again.

But if we can turn CO2 into a fuel source, we can at least slow things down a bit, and now researchers have developed a process that can achieve this with a single catalyst.

“We discovered somewhat by accident that this material worked,” said one of the team, Adam Rondinone, from the US Department of Energy’s Oak Ridge National Laboratory.

“We were trying to study the first step of a proposed reaction when we realised that the catalyst was doing the entire reaction on its own.”

Rondinone and his colleagues had put together a catalyst using carbon, copper, and nitrogen, by embedding copper nanoparticles into nitrogen-laced carbon spikes measuring just 50-80 nanometres tall. (1 nanometre = one-millionth of a millimetre.)

When they applied an electric current of just 1.2 volts, the catalyst converted a solution of CO2 dissolved in water into ethanol, with a yield of 63 percent.

This result was surprising for a couple of reasons: firstly, because it’s effectively reversing the combustion process using a very modest amount of electricity, and secondly, it was able to do this while achieving a relatively high yield of ethanol – they were expecting to end up with the significantly less desirable chemical, methanol.

As Colin Jeffrey explains for New Atlas, this type of electrochemical reaction usually results in a mix of several different products in small amounts, such as methane, ethylene, and carbon monoxide – none of which are in particularly high demand.

Instead, the team got usable amounts of ethanol, which the US needs billions of gallons of each year to add to gasoline.

“We’re taking carbon dioxide, a waste product of combustion, and we’re pushing that combustion reaction backwards with very high selectivity to a useful fuel,” Rondinone said in a press statement.

“Ethanol was a surprise – it’s extremely difficult to go straight from carbon dioxide to ethanol with a single catalyst.”

This certainly isn’t the first attempt to convert CO2 pollution into something we can actually use – researchers around the world have been figuring out ways to turn it into things like methanol, formate, and hydrocarbon fuel.

This one team working in Iceland wants to turn it all into solid rock so we can just bury it and forget about it.

But all of these methods, while promising, are dishing up an end product that the world doesn’t really need right now. Sure, we could adjust our cars and energy plants to run on hydrocarbon fuel if it was cheap and efficient enough to produce from CO2, but we’re certainly not there yet.

Ethanol, on the other hand – well, the US is already blending most of its gasoline with 10 to 15 percent ethanol content.

The researchers explain that they were able to achieve such high yields because the nanostructure of the catalyst was easy to manipulate and adjust to get the desired results.

“By using common materials, but arranging them with nanotechnology, we figured out how to limit the side reactions and end up with the one thing that we want,” said Rondinone. “They are like 50-nanometre lightning rods that concentrate electrochemical reactivity at the tip of the spike.”

The team says that since the catalyst is made from inexpensive materials, and can operate at room temperature with modest electrical requirements, it could be scaled up for industrial level use.

But with so many CO2 conversion projects in the works right now that are aiming to do the same thing, we’ll have to remain cautiously optimistic until they can show real results in the field.

Let’s hope someone ultimately figures it out, because with a drastically expanding population, we’re only going to be needing more energy, and we’re only going to be pumping more pollution into the atmosphere. A ‘two birds with one stone’ solution would change everything – particularly if we can integrate it with solar and wind farms.

“A process like this would allow you to consume extra electricity when it’s available to make and store as ethanol,” Rondinone said. “This could help to balance a grid supplied by intermittent renewable sources.”

The results have been published in ChemistrySelect.