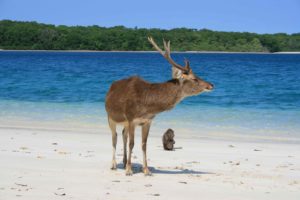 Nations must commit to protect half of the Earth to avoid massive biodiversity loss and the worst effects of dangerous climate change, according to a new scientific paper entitled A Global Deal for Nature: Guiding Principles, Milestones, and Targets.

Based on the paper, a major petition is being launched by One Earth, a new initiative of the Leonardo DiCaprio Foundation and leading nongovernmental organizations, which asks the public to support the most comprehensive conservation targets yet to halt the destruction of natural habitats and the loss of animal and plant species.