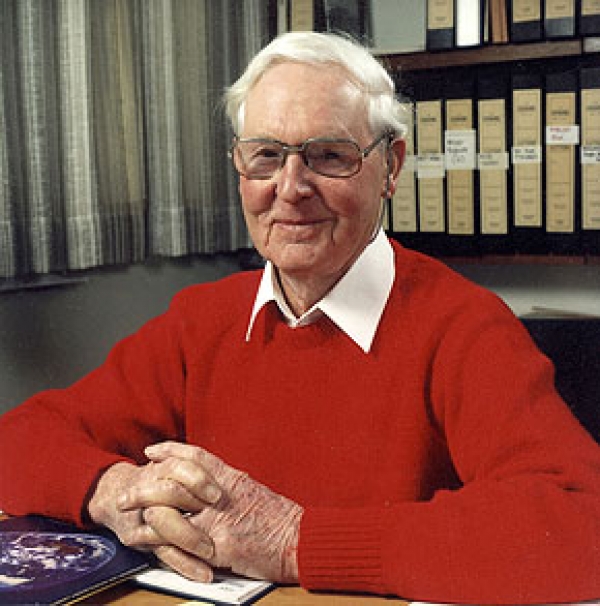 The late eminent Australian scientist Professor Frank Fenner (pictured), who helped to wipe out smallpox, predicted humans would probably be extinct within 100 years, because of overpopulation, environmental destruction and climate change.

If past is prologue, 70,000 years ago the human population was reduced to small isolated groups in Africa, apparently because of drought, according to an analysis by researchers at Stanford University. The estimated the number of early humans may have shrunk as low as 2,000 before numbers began to expand again in the early Stone Age.

Tiny bands of early humans, forced apart by harsh environmental conditions, coming back from the brink to reunite and populate the world. Truly an epic drama, written in our DNA.” Wells is director of the Genographic Project, launched in 2005 to study anthropology using genetics. The report was published in the American Journal of Human Genetics.

The migrations of humans out of Africa to populate the rest of the world appear to have begun about 60,000 years ago, but little has been known about humans between Eve and that dispersal. The new study looks at the mitochondrial DNA of the Khoi and San people in South Africa which appear to have diverged from other people between 90,000 and 150,000 years ago.

The researchers led by Doron Behar of Rambam Medical Center in Haifa, Israel and Saharon Rosset of IBM T.J. Watson Research Center in Yorktown Heights, N.Y., and Tel Aviv University concluded that humans separated into small populations prior to the Stone Age, when they came back together and began to increase in numbers and spread to other areas.

We almost disappeared not too long ago

Eastern Africa experienced a series of severe droughts between 135,000 and 90,000 years ago and the researchers said this climatological shift may have contributed to the population changes, dividing into small, isolated groups which developed independently. Today more than 6.6 billion people inhabit the globe, according to the U.S. Census Bureau.

“Who would have thought that as recently as 70,000 years ago, extremes of climate had reduced our population to such small numbers that we were on the very edge of extinction?”  paleontologist Meave Leakey, a Genographic adviser, commented.

Frank Fenner was emeritus professor of microbiology at the Australian National University up until his 2010 death at age 95. He had said homo sapiens would not be able to survive the population explosion and “unbridled consumption,” and would become extinct, perhaps within a century, along with many other species.

Time is running out

United Nations official figures estimate that the world population edged to 7 billion people in 2011 (up from 2.5 billion in 1950), which had profound implications for development. A world of 7 billion is both a challenge and an opportunity with implications on sustainability, urbanization, access to health services and youth empowerment.

Fenner had tried to not express his pessimism because people are trying to do something, but keep putting it off. He said he believed the situation to be irreversible, and it is too late because the effects we have had on Earth since industrialization (a period now known to scientists unofficially as the Anthropocene) rivals any effects of ice ages or comet impacts.

Fenner said that climate change is only at its beginning, but is likely to be the cause of our extinction. 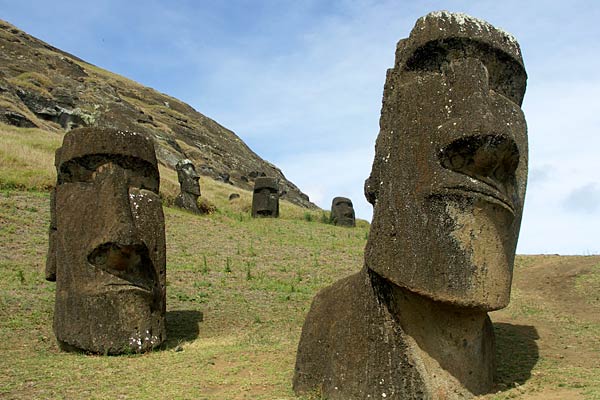 “We’ll undergo the same fate as the people on Easter Island,” Fenner said. More people means fewer resources and “there will be a lot more wars over food.”

Easter Island is famous for its massive stone statues. Polynesian people settled there, in what was then a pristine tropical island, around the middle of the first millennium AD. The population grew slowly at first and then exploded. As the population grew the forests were wiped out and all the tree animals became extinct, both with devastating consequences.

After about 1600 the civilization began to collapse, and had virtually disappeared by the mid-19th century. Evolutionary biologist Jared Diamond said the parallels between what happened on Easter Island and what is occurring today on the planet as a whole are “chillingly obvious.”

While many scientists are also pessimistic, others are more optimistic. Among the latter is a colleague of Professor Fenner, retired professor Stephen Boyden, who said he still hopes awareness of the problems will rise and the required revolutionary changes will be made to achieve ecological sustainability.

“While there’s a glimmer of hope, it’s worth working to solve the problem. We have the scientific knowledge to do it but we don’t have the political will,” Boyden said.