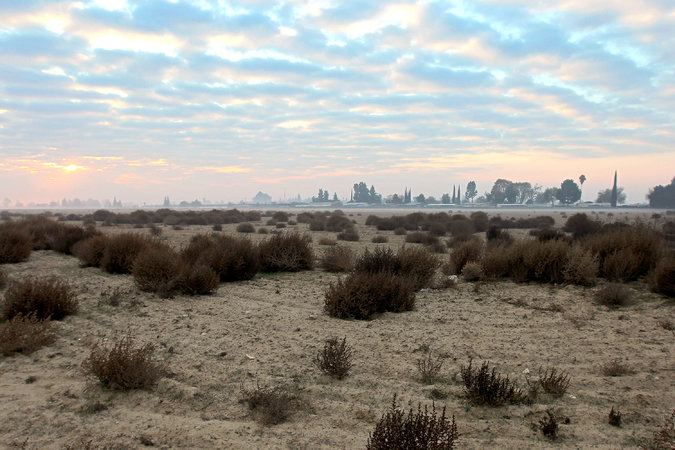 Early in his career, a scientist named Mario J. Molina was pulled into seemingly obscure research about strange chemicals being spewed into the atmosphere. Within a year, he had helped discover a global environmental emergency, work that would ultimately win a Nobel Prize.

Now, at 70, Dr. Molina is trying to awaken the public to an even bigger risk. He spearheaded a committee of the American Association for the Advancement of Science, the world’s largest general scientific society, which released a stark report Tuesday on global warming.

The report warns that the effects of human emissions of heat-trapping gases are already being felt, that the ultimate consequences could be dire, and that the window to do something about it is closing.

“The evidence is overwhelming: Levels of greenhouse gases in the atmosphere are rising,” says the report. “Temperatures are going up. Springs are arriving earlier. Ice sheets are melting. Sea level is rising. The patterns of rainfall and drought are changing. Heat waves are getting worse, as is extreme precipitation. The oceans are acidifying.”

No new science but sharper language

In a sense, this is just one more report about global warming in a string going back decades. For anybody who was already paying attention, the report contains no new science. But the language in the 18-page report, called “What We Know,” is sharper, clearer and more accessible than perhaps anything the scientific community has put out to date.

And the association does not plan to stop with the report. The group, with a membership of 121,200 scientists and science supporters around the world, plans a broad outreach campaign to put forward accurate information in simple language.

The scientists are essentially trying to use their powers of persuasion to cut through public confusion over this issue.

Polls show that most Americans are at least somewhat worried about global warming. But people generally do not understand that the problem is urgent — that the fate of future generations (not necessarily that far in the future) is being determined by emission levels now. Moreover, the average citizen tends to think there is more scientific debate about the basics than there really is. 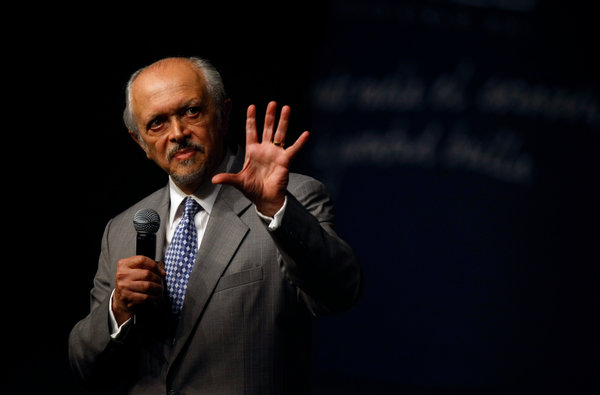 Mario J. Molina, who won the Nobel Prize in Chemistry in 1995 for his work on understanding the ozone hole, lead a stark new report on climate change. Image: Gregory Bull/Associated Press

The report emphasizes that the experts have come to a consensus, with only a few dissenters. “Based on well-established evidence, about 97 percent of climate scientists have concluded that human-caused climate change is happening,” it says.

That is not the same as claiming that all questions about climate change have been answered. In fact, enormous questions remain, and the science of global warming entails a robust, evolving discussion.

The new report walks through a series of potential consequences of planetary warming, without asserting that any is sure to happen. They are possibilities, not certainties, and the distinction is crucial for an intelligent public debate about what to do. The worst-case forecasts include severe food shortages as warming makes it harder to grow crops; an accelerating rise of the sea that would inundate coastlines too rapidly for humanity to adjust; extreme heat waves, droughts and floods; and a large-scale extinction of plants and animals.

“What’s extremely clear is that there’s a risk, a very significant risk,” Dr. Molina said by telephone from Mexico, where he spends part of his time. “You don’t need 100 percent certainty for society to act.”

Some of the scientists on Dr. Molina’s committee like to point out that people can be pretty intelligent about managing risk in their personal lives. It is unlikely that your house will burn down, yet you spend hundreds of dollars a year on insurance. When you drive to work in the morning, the odds are low that some careless driver will slam into you, but it is possible, so we have spent tens of billions of dollars putting seatbelts and air bags in our cars.

A question of insurance

The issue of how much to spend on lowering greenhouse gases is, in essence, a question about how much insurance we want to buy against worst-case outcomes. Scientists cannot decide that for us — and the report recognizes that by avoiding any specific recommendations about what to do. But it makes clear that lowering emissions, by some means, is the only way to lower the risks. Because so many people are confused about the science, the nation has never really had a frank political discussion about the options.

Only a few decades ago, the world confronted a similar question regarding chemicals called chlorofluorocarbons, then common in refrigerators, air-conditioners, cans of hair spray and deodorant.

At a Fort Lauderdale, Fla., conference in 1972, a California scientist named F. Sherwood Rowland learned that they were accumulating in the air. What, he wondered, would happen to them? He eventually put a young researcher in his laboratory, Dr. Molina, onto the question.

To their own shock, the team figured out that the chemicals would break down the ozone layer, a blanket of gas high above the ground that protects the world from devastating levels of ultraviolet radiation. As the scientific evidence of a risk accumulated, the public demanded action — and eventually got it, in the form of a treaty phasing out the compounds.

Global warming has been much harder to understand, not least because of a disinformation campaign financed by elements of the fossil-fuel industry.

But the new report is a recognition among scientists that they bear some responsibility for the confusion — that their well-meaning attempts to convey all the nuances and uncertainties of a complex field have obscured the core message about risks. The report reflects their resolve to try again, by clearing the clutter.

Will the American people hear the message this time?