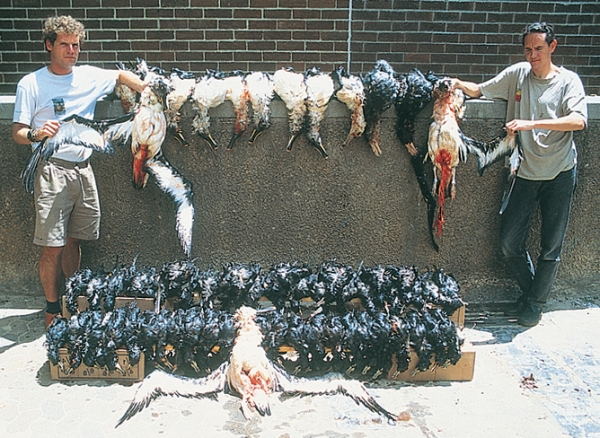 BirdLife South Africa (BLSA) is looking for an experienced, responsible person in conservation and an interest in seabirds to join its international seabird research and conservation team.

BirdLife South Africa (BLSA) is a partner of BirdLife International, one of the world’s largest and most effective conservation networks. An exciting opportunity exists to join an international work programme of seabird research and conservation as an Albatross Task Force (ATF) Instructor in South Africa, as part of the global ‘Save the Albatross Campaign.’

Work is based in Cape Town and primarily involves frequent, extended periods (2-8 weeks) at sea on fishing vessels collecting data on seabird-fisheries interactions.

Send a 2-page CV, references and brief letter of motivation to Bronwyn Maree. Applicants not contacted by 15 March 2013 should assume their applications were unsuccessful. BLSA is an equal opportunity employer and reserves the right not to make an appointment.

Closing date for applications is 28 February 2013. Short-listed candidates will be interviewed in Cape Town or telephonically on 11 and 12 March 2013.

These seabirds (White-chinned Petrels, Giant Petrels, Shy Albatross and Yellow-nosed Albatross) were killed by a long-lining vessel during a single trip. The Save The Albatross campaign seeks to persuade governments and fishing authorities around the world to pass and enforce laws to protect albatrosses and other seabirds. Simple measures such as flying colored streams behind the boat when actively fishing and using a plastic shoot to drop baited hooks into the water are highly effective in reducing seabird mortality. Image: ©Peter Ryan