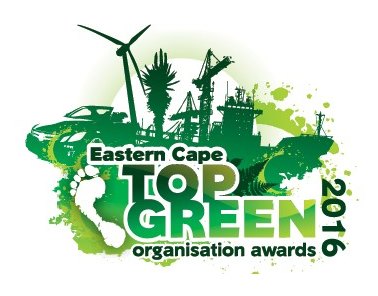 The prestigious Eastern Cape Top Green Organisation Awards is open! Organisations operating in the province are encouraged to enter and flex their green mettle.

The awards programme, which aims to promote responsible environmental management is organised by the Institute of Waste Management of Southern Africa (IWMSA) in collaboration with Eastern Cape Department of Economic Development, Environmental Affairs & Tourism.

The biannual Eastern Cape Top Green Organisation Awards is an opportunity for organisations to be recognised for their positive achievements in environmental practices.

“Organisations with green environmental practices geared towards legislation that governs environmental management compliance and green economy initiatives are urged to enter – this is a wonderful opportunity for organisations in all sectors to showcase their achievements and innovation,” says Nomakhwezi Nota, Chairperson for the IWMSA Eastern Cape Branch.

Entries for the Awards close on 30 September 2016 and all organisations stand a chance of being recognised for their green contributions.

The entrants will be shortlisted and audited by an independent auditor together with the professional audit team from the IWMSA and the Provincial Department to determine winners.  These winning organisations will be announced at an awards ceremony in East London on 17 November 2016.

“The Top Green Organisation Awards is a great platform to honour the positive contributions in environmental management within the Eastern Cape Province. We are very excited to be working with the Provincial Department on this programme,” says Jan Palm, President of the IWMSA.

Entrants should submit any supporting information to assist in the review, including: the company’s waste management or environmental policy statements, projects undertaken to address environmental management and cost savings. Organisations can enter online at IWMSA.

“The Eastern Cape Branch of the IWMSA looks forward to another fruitful Awards season – let’s stand together and be recognised as the green economic hub for the country,” concludes Nota.