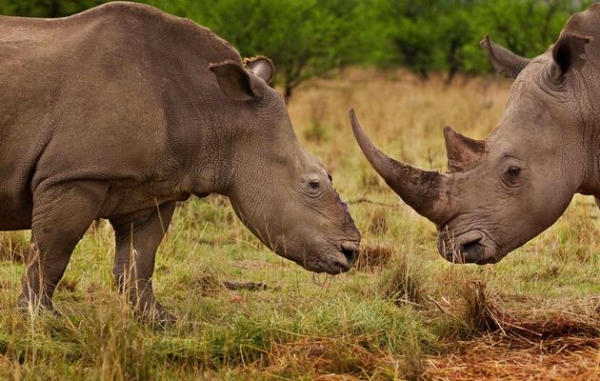 The carcass of the second rhino killed in 2013 was found in the Madikwe Game Reserve on Monday evening, according to the North West environmental affairs department.

“Rangers in the park heard shots and there was a cross-fire at about 7.45pm,” spokeswoman Dumisa Seshabela said.

“The horn was not removed. It is suspected that the poachers were disturbed.”  More information was not immediately available.

The carcass of the first rhino killed in 2013 was found in the reserve on Saturday evening, Seshabela said.

“It was confirmed as rhino poaching on Sunday. Both the horns of the bull were removed. The cause of death was a shot near the front of his neck.” No arrests had been made.

On December 19, the national environmental affairs department said a total of 633 rhinos were killed for their horns in South Africa in 2012.

The Kruger National Park lost 395 rhinos to poaching. The North West, KwaZulu-Natal and Limpopo continued to be the hardest hit by poachers, collectively accounting for the loss of 197 rhinos.