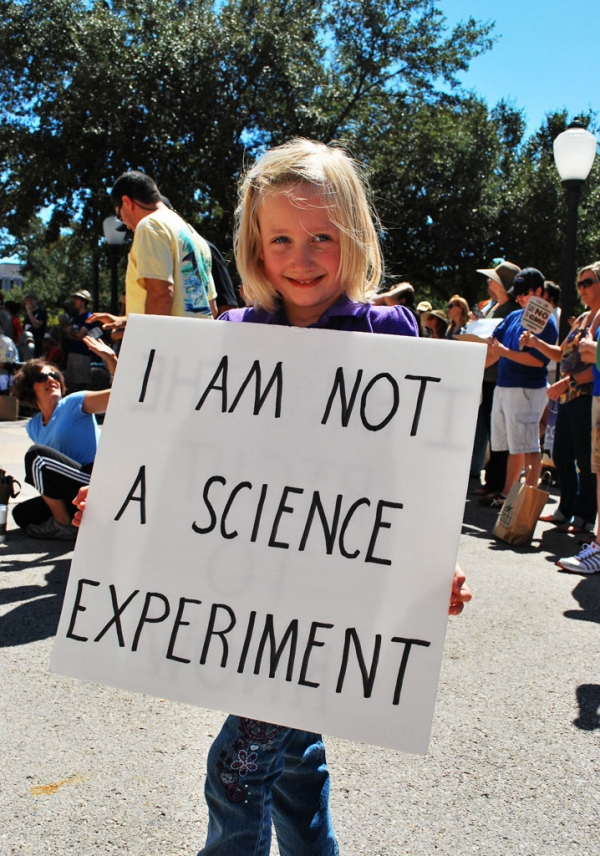 The Biodynamic Agricultural Association of Southern Africa responded to a request from the African Centre for Biosafety and invited all members and friends to contribute to an Open Letter from the Organic Movement to the Minister of Agriculture regarding GMO’s. Input, feedback and concerns were received from teachers and farmers, activists and parents. A final letter was compiled which will be forwarded to the Minister with all the contributing letters.

An open letter from the Organic Sector concerning industrial agriculture and GMOs:

The organic farming sector in South Africa, represented by the undersigned rganisations and individuals, is extremely concerned by the neglect government’s neglect in its meaningful support of sustainable agricultural practices. The government’s preference and absolute support of industrial agriculture is not justified, given the many problems that this system of agriculture poses.

Furthermore, the proliferation of genetically modified organisms (GMOs) in our environment and food systems poses serious problems for our sector. Indeed, our sector finds that it is being prejudiced by GM based agricultural systems, as is more fully dealt with below.

1. Organic and agro-ecological agriculture works in tandem with nature to nurture the natural fertility of the earth in order to produce healthy soils, plants, animals and food. Healthy food is the foundation of human health. Organic / agro-ecological agriculture is a necessary component of a national and continental sustainable development strategy to maintain and enhance human and environmental health, develop food self sufficiency and create sustainable community livelihoods and safe farm working conditions.

2. Organic / agro-ecological agriculture has enormous potential to empower a multitude of small and medium farmers as entrepreneurs serving local communities, motivated by community interests and needs, rather than profit alone. It enables land reform and the development of small and emerging farmers, because it:

3. Organic methods can be applied on different scales, including for large-scale growing of grains as staple foods. There are many examples of large organic and Biodynamic farms throughout the world e.g. in Australia, Kenya, Egypt (see www.sekem.com), Cuba, (where 80% of all agriculture is organic) and elsewhere, including the USA and Europe.

1. In contrast to this people-centred organic approach, conventional agriculture has become increasingly industrialised. Conventional farmers are caught between the large chemical and seed companies which control their inputs, and the large food processing, food marketing and fast-food industries that buy their outputs. This results in farming corporations that see farming simply as a business, and which are motivated primarily by profit rather than human well-being. The corporatisation and industrialisation of agriculture depends on mechanisation, with low-paid labour and casual labour to reduce costs and maximise profits for a few shareholders. This causes the consolidation of smallholdings into ever-bigger farms, which drives people off the land and into urban slums.

This model provides massive wealth for a small elite, based on the exploitation of the
majority and of nature, resulting in unacceptable levels of inequality. Furthermore, the quality and nutritional value of food that is produced by the industrial food chain has deteriorated to the point where food is often harmful to human health. Downstream, the human suffering of unnecessary ill health enhances the profits of the pharmaceutical, medical and health insurance corporations.

2. Conventional agriculture is harmful in that it:

3. In contrast, producers of organic products in South Africa are committed to the life-enhancing principles of organic production, which ensures that the people eating our foods will enjoy health and peace of mind in the knowledge that they are contributing positively to sustain the health of soils, ecosystems and people.

1. With regard to GMOs, we point out that the draft organic product regulations recognise that “all materials and/or the products produced from genetically modified organisms … are not compatible with the principles of organic production”.

The organic production sector has a number of concerns with regards to the proliferation of GMOs in South Africa:

Due to the nature of living organisms it is difficult to contain the spread of GMOs once released in the environment. Inevitably this will lead to crossing with non-GM crop and wild relatives, and contamination of organic farms that do not want or support GMOs. This is making it imsurmountably difficult for organic food producers and manufacturers to maintain organic certification.

For example, a manufacturer (one of the supporters of this letter) producing fortified maize and soya health food has received international recognition and new opportunities to substantially grow the business by exporting to India, the UK and many other countries across Africa have opened up.

However, the manufacturer is required to provide GMO-free certification for its products. Sadly, the manufacturer has been unable to source GM free ingredients in South Africa. Importing GM-free raw ingredients will render its product uncompetitive. Many others are in similar positions lament the way in which GMOs have infiltrated the entire South African food system and say that identifying non-GM products “is an exercise in futility as all food on our shelves has now been compromised including eggs, meat and milk which is now totally fed on GMO grains”. In terms of our Constitution and Bill of Rights, this situation is unjustifiable and discriminatory.

3. GMOs and increasing pesticide use

The additional chemical pesticides and fertilisers that are required to support the industrial farming system, of which GMOs are a part, end up in ecosystems and our food. Far from reducing chemical use as originally claimed, herbicide tolerant GMOs are increasing the use of herbicides.

Just over half of the GM maize grown in SA is tolerant to glyphosate. There is a continual flow of new evidence appearing in peer-reviewed scientific studies, farmers’ reports and witness accounts of the devastating health impacts of glyphosate-based herbicides and the associated GM crops modified to tolerate it. The US Department of Agriculture has been studying crop health for over 20 years, and warned how reduced mineral content of glyphosate-tolerant crops lead to nutritional deficiencies in
livestock that in turn cause reproductive problems.

In addition we see the development of super-weeds that have also acquired herbicide resistance and now require stronger herbicides for their control. Bt pest resistant crops are no better as the pests develop resistance to the crop itself requiring additional applications of pesticides. Rising resistance to herbicides and pests is threatening the utility and profitability of GMOs. We note with grave concern that new GMOs tolerant to far more toxic herbicides such as 2, 4-D have been approved and will enter the South African food system.

Of particular concern to organic farmers is the growing resistance of target insects to Bt GMO crops and the impact that this will have on the efficacy of the naturally derived Bt bio-pesticide used as a last resort in severe pest infestations by organic farmers. Bt resistance is now common for GMO crops in USA and, furthermore, this epidemic of Bt resistance appears to be exacerbated by the current drought conditions.

Bt GMO maize has also been positively linked to Bt resistance in South Africa with the first documented appearance of this problem in 2007, just six years after deployment of Bt-transgenic maize crops in South Africa. The South African National Biodiversity Institute (SANBI) In 2010 published its first research report on the controversial Monsanto insect resistance GM maize called MON810. This research was carried out in partnership with the Norwegian government under a project called the Environmental Biosafety Cooperation Project (EBCP).

The SANBI study found that insects are beginning to develop resistance to the Bt toxin engineered into this maize. SANBI also found that the GM maize, and the exact same variety that has not been genetically modified, react differently to the same environmental conditions. This contradicts claims made by the biotech industry that GM crops are exactly the same as conventional varieties.

It is not difficult to see how Bt resistance occurs in transgenic crops, as every cell in the Bt-transgenic plants is designed to constantly produce the Bt toxin and so, over time, this constant exposure will naturally cause a build up of immunity to the Bt toxin in the surrounding lepidopterans. This is clearly an irresponsible approach to managing such an important biopesticide. Organic farming practices, on the other hand, have a far more responsible method of using the Bt biopesticide, only applying it at critical times of the pest’s life cycle in order to avoid the threat of the pests developing resistance.

Given that the multinational agrichemical companies that produce the GMO Bt maize seeds also produce the synthetic chemical pesticides used to control lepidopteran pests, the loss of efficacy of Bt biopesticides as a result of the rollout of Bt transgenic crops will ultimately lead to further dependency on the patented toxic and persistent synthetic pesticides produced by these same multinational companies and therefore this issue, if unchecked, is bound to impact negatively on our country’s food sovereignty, security and safety in a variety of ways.

It therefore seems clear that an immediate moratorium on Bt crops is necessary to prevent the further resistance of pests to Bt biopesticide and the loss of an important biopesticide.

There is growing scientific evidence that eating GMOs is bad for health. There have been no longterm studies proving the safety of GMOs for human consumption. Claims that South Africans have been eating GMOs for years with no ill effects are speculative as no baseline study was conducted prior to their introduction, and without labelling the health impacts of GMOs cannot be monitored.

The continued lack of GMO labelling, despite the legal requirement to label GM foods under the Consumer Protection Act is criminal as it takes away the chance of a consumer to make an educated choice.

The above facts cannot be ignored, given that many people are observing an increase in allergies, especially in relation to grains, and diet related deterioration in health. This is a consequence of GMOs as well as artificial fertilisers, pesticides, and the hormones and antibiotics used for livestock.

It is a fallacy to think that we eat for energy alone – if GMO grains are increasing allergies, what else are they doing to our bodies and brains, especially since our staple food is mostly genetically modified?

The biotechnology industry claims that GMOs are necessary to increase production for a hungry world. In many countries, notably the USA, the introduction of GMOs has not increased yields in the longer term. Organic methods are as successful in the short term without causing the damage that GMOs and industrial agriculture do. For example, here in SA, we can show you apple production on 40 ha that produces 350% more than the SA average!

Given the evidence of the problems arising from GMOs there is no possible reason why GM is advocated other than to increase profits for a few shareholders.

We therefore appeal to the Minister for the following:

We look forward to hearing from you at your earliest convenience.

Friends and members of the Biodynamic Agricultural Association of Southern Africa