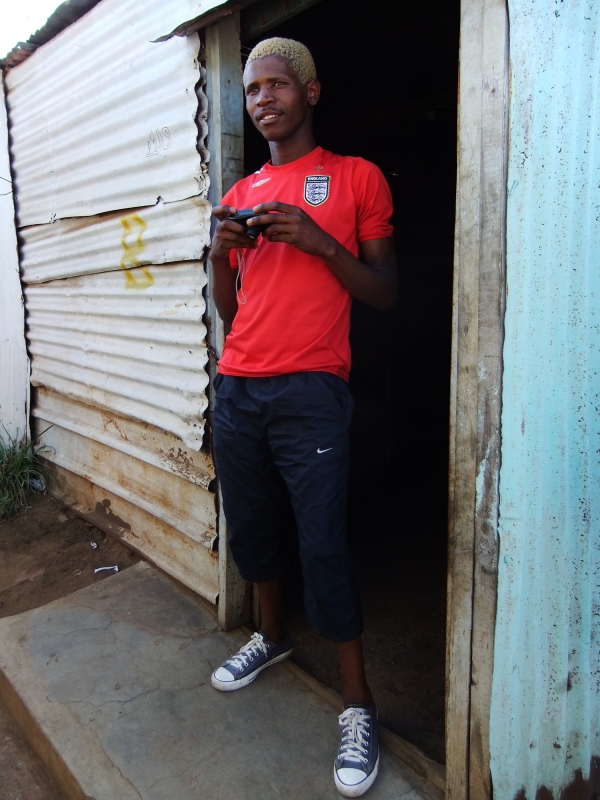 Ask the Kliptown youth which million words their pictures tell about and you will see the effects of climate change in their community.

The German developing agency, GIZ has committed itself to supporting IdaloYethu and the South African Department of Environmental Affairs (DEA) in preparing for the climate summit COP 17, which starts in Durban on 28 November 2011.

Part of its support for DEA is raising public awareness of the causes and consequences of climate change in South Africa. With climate change becoming an increasingly bigger threat to people living in informal settlements, GIZ and the German Embassy in Pretoria invited 15 youth members from the Kliptown Youth Programme in Soweto to participate in their ‘Climate change at eye level’ photo competition on climate change.

The contest comprises of educational dialogues on the impact of climate change on South Africans, and encourages participants to share their very personal stories about climate change in the form of photography and storytelling.

On Tuesday, 8 November Guy Stubbs from African Honey Bee sat down with the group of enthusiastic youth in the conference carriage, to chat about climate change. After the discussion all 15 of the group members were handed a digital camera and tasked to go into their community to photograph their impressions of climate change.

Excited about their new toys, they went home to start their task. The next day, all of them returned to the Climate Train at Nasrec Station, eager to show off their photos.

Leader of the Kliptown Youth Programme, SiyabongaBukhwele (24) said the project opened his eyes to the serious consequences of climate change within his community – things he has overlooked for years.

“When one lives in an environment where streams of dirty water run through the gravel streets, where dumps of garbage bags and dirt lie everywhere, you almost become oblivious to it and start to think that it’s normal. But after the two days we spent on the train learning about climate change and actually going into our communities and taking pictures of all of these problems such as pollution and toxic water, you realise that this is not the way to live.”

Holding a camera in his hands was a first time experience for Leonard Duba (20). Overwhelmed by his excitement, Leonard captured over 1000 images of his interpretations of climate change. Among the plenty of photos he took was waste material laying around on a near-by field and a broken sewerage pipe.

“Children play in this dirty water and that’s why they are always ill. This project has taught me to reduce our waste and remove the litter and pollution around our homes. It meant so much to me for someone to trust me with their possession and take time out to teach me new skills and information.”

Leonard, who is also a dedicated after-school teacher at the Kliptwon Youth Programme Centre in Soweto, said he was looking forward to sharing his newly gained knowledge with his grade two class.

“It’s important to share one’s knowledge so that we all can learn from it and move forward to a better life. The things we learnt are so interesting, I am sure that we will have lots of fun teaching it to the children.”

Guy said he was very impressed with the students’ work.

“I was surprised by the quality of their photographs and how they managed to capture everything. They are a group of enthusiastic students, who just wants to learn as much as they can. If we can provide them with such opportunities, we can be assured of change. They have so much potential and put so much effort into their work. It was amazing to see how aware of their communities they were. They didn’t only see the problems, but came up with solutions as well.”

Web users are encouraged to select the 25 best pictures, which will then be exhibited at the German pavilion at the Climate Change Response Expo during COP 17. The best picture will be chosen during the climate summit and its photographer awarded a trip to Germany.