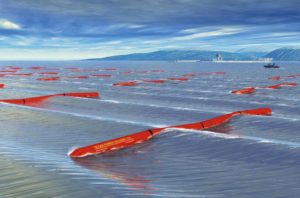 The Technology Innovation Agency (TIA) and Eskom are collaborating to explore technologies that can be developed to create and utilise ocean current energy, as an alternate source of renewable energy.

Submissions are invited from parties and innovators who have an interest in this kind of technology. Workshops will be held in various regions to further introduce and elaborate on the challenge. The closing date for submissions is Tuesday, 3 July.

TIA, is fulfilling it’s mandate of “Stimulating and intensifying technological innovation in order to improve economic growth and the quality of life of all South Africans”, by collaborating with Eskom in this open innovation initiative, encouraging home-grown solutions to ocean current energy harvesting.

South Africa, with its long coastline and powerful currents, is in an ideal position to exploit renewable marine energy as an economically viable solution as part of its energy mix.

Strongest current on the planet

The Agulhas current, along the Indian Ocean coast, is among the strongest on the planet. According to Eskom’s research division, which has been studying the current for the past six years, it has the capacity to generate 42 GW of electricity.

However, the growing demand for new, renewable sources of energy and South Africa’s enviable marine capacity, have stimulated interest in its potential to meet this need. 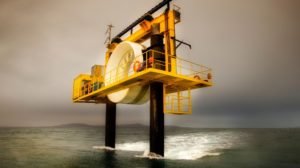 Tidal power is still in its infancy; most devices are prototypes of experimental designs. Image: Michael Roper / Alamy

The open innovation challenge is calling for inventors, small and large enterprises, researchers, universities and NGOs to submit novel ideas for ocean current energy technology, with the prospect of funding most promising proposals. Therefore, TIA in collaboration with Eskom is looking for proven concept proposals that are environmentally and aesthetically sensitive, and have potential for technology development on a commercial and industrial scale.

Research Institute for Innovation and Sustainability (RIIS), a local innovation consultancy company and pioneer of open innovation practices in South Africa, has been appointed by TIA to project manage the challenge.

TIA will be holding public engagement workshops for interested parties in these four major centres:

The launch date for the challenge is the 1st June 2012 and the deadline for submissions is 3rd July 2012.

More information can be accessed here.