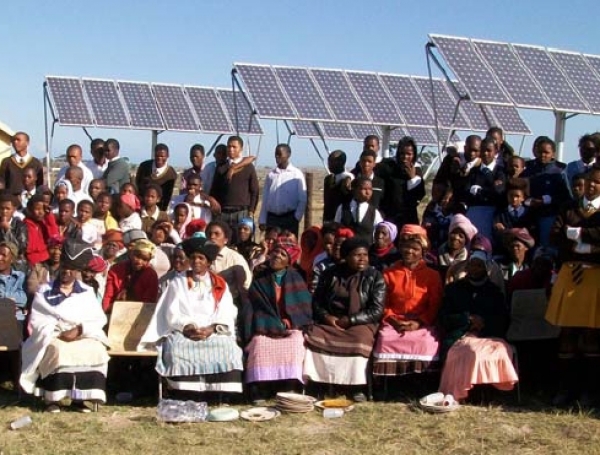 Two Queen’s University researchers have made a significant breakthrough in solar technology.

The Sustainable Energy Society of Southern Africa (SESSA) has applauded this Canadian pair, whose research has led to a new solar photovoltaic thermal (PVT) system that generates both electricity and heat. Solar PVTs are normally made with crystal silicon cells which generate electricity, but little heat.

According to the two, who are researchers at Queen’s University in Canada, amorphous silicon has several advantages over crystal silicon.

a higher return on investments

It also requires less material, costs less to manufacture and offers a higher return on investment. The research also shows that amorphous silicon solar cells can be made into thicker cells, as long as they are operated at higher temperatures in the PVT system.

Commenting on the discovery, SESSA Ombudsman Carel Ballack said developed countries like Canada, where most citizens are connected to the grid, but are committed to boosting their use of sustainable energy sources, are running into ‘roof real estate’ issues when users want to use solar energy for both their water heating and electricity requirements.

The system proposed by Harrison and Pearce could go a long way to solving those issues, he said.

For South Africa, where many more people live off-the-grid, such a system could – provided it is built for local conditions is was cost-effective – alleviate the hardships they bear while providing them with the energy they need to study or start a small business.

“For many South Africans, sustainable energy technologies are a lifeline, because they are not connected to the grid and rely on fossil fuels such as wood and coal for heat,” Ballack said.

“Low-cost low pressure solar water heaters have had major social benefits in many communities, and other sustainable energy solutions like biogas digesters are also making inroads in those that are far from the not-so-proverbial ‘over-worked grid’.

“I would imagine that a system like that proposed by the Queen’s pair would also find application in our rural communities.

“For urban users, many of whom who have yet to make the move to sustainable energy technologies, a two-in-one option may add impetus.”