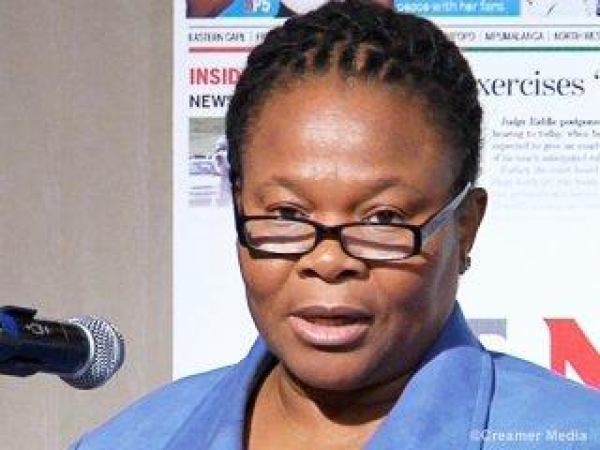 Mining Minister Susan Shabangu has extended a moratorium on prospecting for shale gas for a further six months, to allow time for public consultation on the matter.

The extension would be published in the Government Gazette, she told journalists at the end of a Cape Town Press Club breakfast function.

Shabangu said her department had to “engage with the public” on the controversial issue of drilling for shale gas in the Karoo – a process known as hydraulic fracturing, or fracking – and extending the existing moratorium was therefore necessary.

Earlier, responding to questions on the matter, the minister said she had received a first set of reports from the task team appointed to investigate hydraulic fracturing.

Some issues still not clear

“But some issues were not clear and I sent them back.”

Shabangu said she now expected the final report would go to Cabinet in September, and not this month as originally planned. She vowed to “go out to everybody” once the report was finalised, including visits to communities in the Karoo.

“I can assure you that when it comes to fracking in the Karoo, we will engage with everybody. We will go to the people.”

Responding to a question on the reported dangers posed by fracking to the Karoo’s water supply, she appealed for patience and more sober debate.

“These are issues we’ll deal with at an appropriate time. Let’s not be emotional. I’m not a hydraulic engineer. That’s why we’re doing the [task team] study.

“When the time comes, come forward and engage. For now, I don’t have a clue,” she said, adding that the polluter pays principle and the region’s scarce water resources would be among the issues considered in reaching a final decision.

Referring to the public consultation process that she said would be taken to the Karoo, she invited all who had concerns to participate.

“Come and engage; come and help government reach a conclusion,” she said.

Outside the venue, a group of about a dozen protesters held aloft large signs and chanted slogans.

“Don’t frack with our water” and “Shale gas is not clean or green” their posters proclaimed.